This summer, Meryl Streep has descended to the humble television screen for season two of Big Little Lies, the hit HBO drama with Reese Witherspoon and Nicole Kidman. Playing Mary Louise Wright, Kidman’s mother-in-law, Streep has turned her character into one of the most subtly hateful villains on TV today, always able to fire off a devastating zinger when viewers least expect it.

But there’s a whole other layer to Streep’s character that will shock viewers: the actress’s legal name is actually Mary Louise as well.

Back in 2015, Streep shared the origin of her real name and nickname on the Graham Norton Show: she was named Mary after her mother and grandmother, following in a family tradition. (Her daughter is also named Mary.) Louise was her mom’s best friend.

The nickname “Meryl,” meanwhile, came from her dad. “I was always called Meryl. My father made that name up and he liked that name,” she explained. However, Streep “hated it” with a passion. “I wanted to be named Patty or Cathy,” she complained. There to hear this whole diatribe: Kidman, who was also coincidentally on Norton’s couch for that day’s show.

But it turns out it was Liane Moriarty, the author of the novel that Big Little Lies is based off of, who hid this Easter egg in plain sight all along. The first season burned through the plot of Moriarty’s book, so she was tapped to expand the story for season two — and that’s where the idea of Streep as the meddling mother-in-law came in. “When I was sort of agonizing over whether or not I should do it, it was actually my sister who said to me, ‘Only do it if it would be fun, and why not create a role for your favorite actor?’ And that’s when I came up with this role for Meryl Streep, to be Perry’s mother,” Moriarty explained during a season two premiere event. Although Perry Wright’s mom had been unnamed in her first book, Moriarty identified her as Mary Louise for the second season, knowing full well it was Streep’s real name. “In the beginning, I thought it was my secret, hidden joke,” Moriarty further told The Hollywood Reporter. “I thought other people would know that it was her name, but it wasn’t until ages after I submitted it that I finally got a text from… one of the producers, saying, ‘Ah, I see. Very clever!'”

At another event, Kidman called the character naming “Liane’s telepathic message to Meryl.” Clearly, it worked.

The final episode of Big Little Lies airs July 21 on HBO, when we’ll get plenty more of Streep as her alter ego Mary Louise. 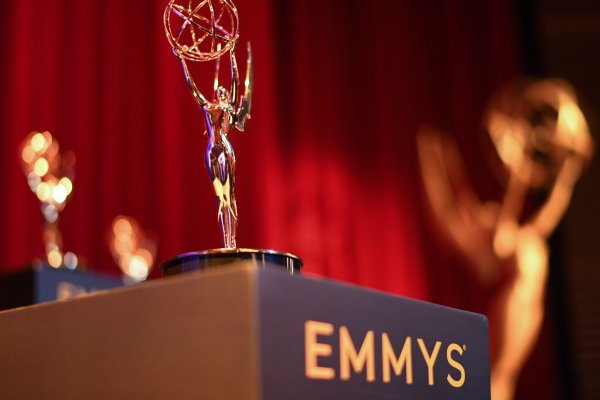 Here Are the 2019 Emmy Nominations
Next Up: Editor's Pick