It might be nothing new, but Keanu Reeves has been the focus of a lot of internet love lately. Fans have been kvelling over the actor who is back in the spotlight thanks to his role in John Wick 3 and the upcoming Bill and Ted’s sequel, a memorable cameo in Always Be My Maybe, and an appearance at the E3 video game conference. Devotees have been turning him into memes, swapping stories about the star, reveling in his good deeds, and generally going gaga over him. Reeves, though, apparently had no idea.

On the red carpet for Toy Story 4, a reporter for People asked Reeves what it was like to be “dubbed the internet’s newest boyfriend”. Reeves seemingly had never heard of the term or had any idea of his ardent fandom. “I’ve been what?” he asked, when the reporter clarified, he replied. “I didn’t know that… That’s wacky.”

While Reeves may think it’s all a bit odd, he does appreciate his fans. “The positivity is great. It’s really special how [Always Be My Maybe and John Wick 3] have been embraced,” he told the reporter.

Reeves should not expect his internet fandom to disappear anytime soon, thanks to his upcoming role in Toy Story. The actor is joining the beloved franchise to voice a toy known as Duke Caboom, a motorcycle-riding Canadian stuntman. His addition to the Pixar world means the star will be introduced to a whole new generation of fans who will undoubtedly learn to love him, too. 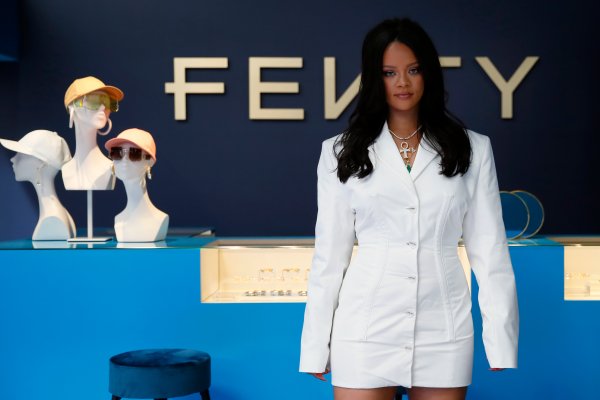 Rihanna's Pro Tips for a Rewarding Career Are All the Monday Motivation You Require
Next Up: Editor's Pick