After a video that some perceived showed Beyoncé being treated like a mere mortal while sitting court side at the NBA finals game went viral yesterday, her fans were abuzz.

In the clip, Beyoncé and her husband Jay Z were sitting courtside next to Golden State Warriors owner Joseph Lacob and his wife, Nicole Curran. The video, originally shared by ESPN, showed Curran leaning over Beyoncé to chat with Jay-Z.

That was too much for those online who tweeted memes and trolled Curran, who didn’t even realize she was at the center of a social media storm until she got home and said she saw death threats being tweeted at her.

The reaction became so significant that she deleted her Instagram account. Yesterday, Curran spoke with ESPN reporter Ramona Shelburne about the incident, explaining that she “was trying to be a good hostess” by asking Jay Z for his drink order, leaning in because it was loud in the stadium. “I’ve never experienced cyber bullying like this. I can’t believe our players go through this. That kids go through this,” she said.

While Bey and Jay have not commented, Beyoncé’s publicist, Yvette Noel-Schure, took to Instagram to preach love, tolerance, and respect, even among those well-meaning fans feeling like they need to defend her client. The post gently chides Beyoncé’s fans if they choose to “spew hate in her name”, after all according ET Online, Beyoncé and Jay Z were guests of Curran and Lacob.

“I am looking back today at the start of The OTRII tour, one year ago,” Noel-Schure captioned a photo of the stars from the concert series. “It was a place of joy, unimaginable entertainment from two of the best performers in the world, and a place of love. Every single day on that tour I saw love. Which is why I also want to speak here to the beautiful BeyHiVE. I know your love runs deep but that love has to be given to every human. It will bring no joy to the person you love so much if you spew hate in her name. We love you.” 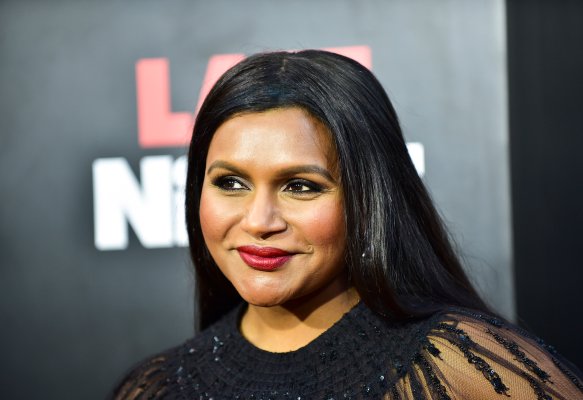 'It's Really Essential to My Life.' Mindy Kaling Explains Why She Needs Privacy When It Comes to Her Daughter and Relationships
Next Up: Editor's Pick