Jay Z appears to have finally responded to what was widely perceived as his infidelity in his marriage to Beyoncé on his new album 4:44. On the album’s title track “4:44,” he even explicitly says “I apologize.”

The rapper himself shared an explanation for each of the songs, but fans were quick to parse even further meaning from his rhymes: seizing on an apparent response to new mother of twins’ Beyoncé’s 2016 visual album Lemonade, which tells a story of infidelity and redemption. Fans wondered how Hov would address the rumors that the crazy in love were less than picture-perfect.

According to the internet, 4:44 comes through and then some, with JAY-Z addressing his wife’s narrative directly. And fans are, predictably, overwhelmed. Some people have called out direct parallels between lines in Beyoncé’s Lemonade and JAY-Z’s 4:44, while others are just freaking out about the apparent public response. For now, casual observers will have to trust the Twitterverse’s take: only Sprint and Tidal subscribers have access to the album at this time.

The music mogul’s industry friends and colleagues — like DJ Khaled and Kevin Hart — also gave him some support on social media. 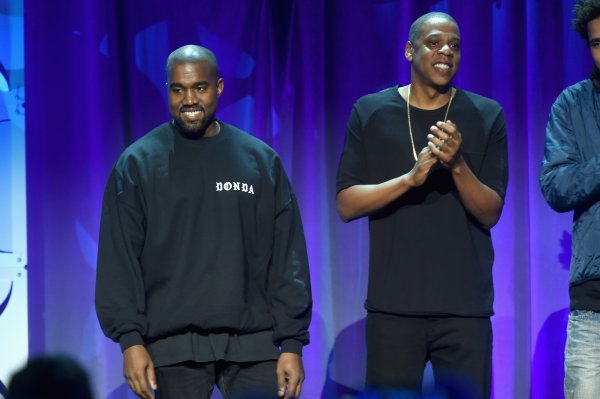 Jay Z Calls Out Kanye West on New Album 4:44
Next Up: Editor's Pick