Are You Ready for Taylor Swift's Long-Anticipated New Music Release? Here's Everything We Know So Far

Prepare yourself: the return of Taylor Swift to our airwaves, tabloids and social media feeds is imminent. It looks like the recently reticent music superstar is about to release new music, but she’s playing her cards close to her chest with the details. Here’s everything we know so far about her expected comeback after a long three years between album drops.

Swift is a big fan of the fall music release.

Each of her last five albums going back to 2006 were released in the fall months, including 2014’s 1989, her last full project drop. Four out of the five came out in October; one, Fearless, appeared in November. Late August would make sense for the release of a lead single. “Shake It Off,” from 1989, even came out on August 18, 2014, while two of the other albums’ lead singles dropped a few weeks prior.

She blanked out her web presence.

In mid-August, all of Swift’s social media feeds — including Instagram, Twitter, Facebook and Tumblr — were stripped of all of their content, including even her profile photos. Her website also went black, and now currently serves up an error page. Starting with a clean slate for a new era, as many believe is in the works, is a tried-and-tested artist revival strategy.

Is it a snake tail? A dragon unfurling? The internet was confused over the darkened, eerie 10- and 20-second video clips posted to her social media feeds a few days after she cleared out her history. Two mysterious glitchy snippets were released on consecutive mornings, featuring the same odd effects and slithering creature. (Reptile experts suggest the animal is purely fictitious and digitally rendered, based on its unusual motion. It most closely resembles the venomous Bush Viper, however.)

On Wednesday, it was revealed to be a snake.

The third video in Swift’s mini series featured the snarling, snapping head of a snake with gleaming red eyes. One mystery, at least, has been solved. Snakes have significance in the Swiftverse: following last year’s feud with Kanye West and Kim Kardashian over the lyrics in the song “Famous,” Swift’s social media accounts were spammed with snake emojis. Kardashian has since said West now harbors “no hard feelings.”

Some fans think they see clues in the video.

Eagle-eyed viewers report noticing markings that look like a “25” on the snake in the videos, suggesting that Swift will be releasing her new music on Friday, August 25. New music often comes out on Fridays, so this would be a realistic expectation given the hoopla of the week — but the images are inconclusive.

The MTV Video Music Awards are coming up.

Swift would make quite a splash by appearing at Sunday night’s VMAs, which are being hosted by her formal rival Katy Perry. (The two were ensnared in a feud for years before Perry publicly said she was ready to bury the hatchet, following the release of her own album Witness earlier this year. Swift has not publicly responded.) Some are speculating Swift will use the stage to either perform new music or make a public statement — either about the feud or about her time spent away from the spotlight. For her part, Perry has said she hasn’t heard from Swift recently.

That said, Swift announced at a performance in early 2017 that it would be her only show of the year. “As far as I know I’m only doing one show in 2017, and as far as I know, this is that show,” she said at the pre-Super Bowl gig. Whether or not that remains the case is yet to be seen.

Some leaks and rumors suggest the song or album will be called “Timeless.”

A page appeared on the music resource site Genius listing the song “Timeless” and attributing it to Swift. (No lyrics were included, though). Going one step further down the “Timeless” rabbit hole, fans discovered a website domain registered for the potential title, with the only subtitle “Coming Soon.”

Fans also noticed some videos have been set to private on Swift’s Vevo account.

The three videos that can’t be publicly viewed could be new ones waiting for imminent release. But that, of course, is just speculation.

Her recent legal battles are winding down.

The jury sided with Swift in a countersuit against a radio host who had allegedly groped the singer during a meet-and-greet event four years ago. With those legal proceedings firmly behind her, Swift is in a better position to focus more fully on the next step in her career. 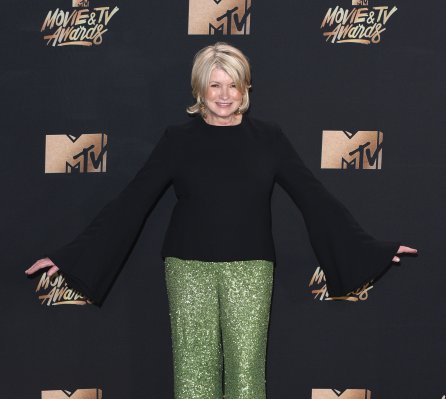 Martha Stewart's Mornings Are Way More Ambitious Than Yours
Next Up: Editor's Pick