The Best Game of Thrones Memes From Season 7

That meant that every Sunday night, people taking relaxing late-night strolls down the street could hear the pleasing sounds of summer: everyone screaming in horror as they react to all those life-altering twists.

It also meant that on this rollercoaster dragon ride of an adventure, people had a ball with the craziest moments online. Fans were invested all season long, which means social media feeds were steadily bursting with creative, cathartic and above all, hilarious Game of Thrones memes.

By season’s end, some stood out as the absolute best season seven Game of Thrones memes.

Until then, this is one way to keep the fever going. To the memes!

The Onion Knight’s introduction to Jon Snow was so much less extra than Missandei’s recitation of Dany’s résumé.

Jon Snow refusing to bend the knee because he’s the King in the North got a some amazing remixes.

And when she went out like a champ with the mother of all confessions to Jaime, her last scene inspired this.

Grey Worm and Missandei finally acting on their love was a hit.

As was the girl talk regarding their interlude.

On the less popular side, there was Theon’s bro of the year move.

MORE: The 18 Most Hilarious Game of Thrones Memes of All Time

Samwell Tarly cured Jorah Mormont of greyscale after finding the cure in a book, so someone correctly put his face on another cultural touchstone who never met a book she didn’t like.

For many, those cave drawings of White Walkers that backed up Jon Snow’s story seemed a little too convenient.

When Arya and Brienne had the most well-matched fight for fun and everyone lost it.

Jon Snow was yapping about how Dany has such a good heart and it really resonated with him, and Ser Davos called it.

Bronn’s finest moment proving his worth.

When it was time for the Loot Train Attack a.k.a. the scene television was invented for, the passage of time was noted.

This GIF all about incinerating your problems or various people in your way resonated with many fans.

Jon Snow coming through with the dragon dad touch.

And keeping this queen’s mom brag in check.

Varys should always be trusted for one thing.

Pray for Jorah to experience the thrill of life outside the friend zone.

Arya is on that Littlefinger case.

The new kids on the block are in formation.

Tormund and The Hound creating the sitcom you not only needed but deserved all along.

Brienne and the Hound’s sweet moment.

The not so scary part. 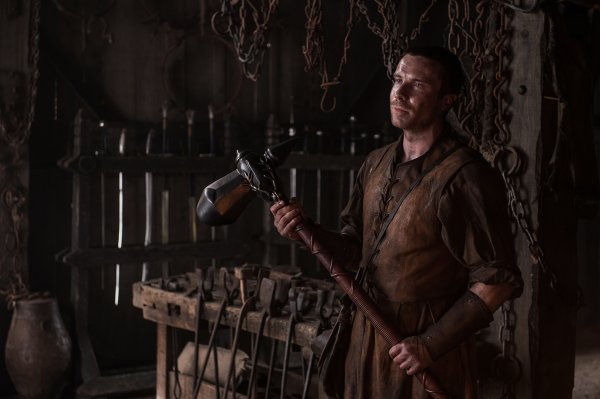 This May Be the Deeper Meaning of Gendry's Fake Name on Game of Thrones
Next Up: Editor's Pick