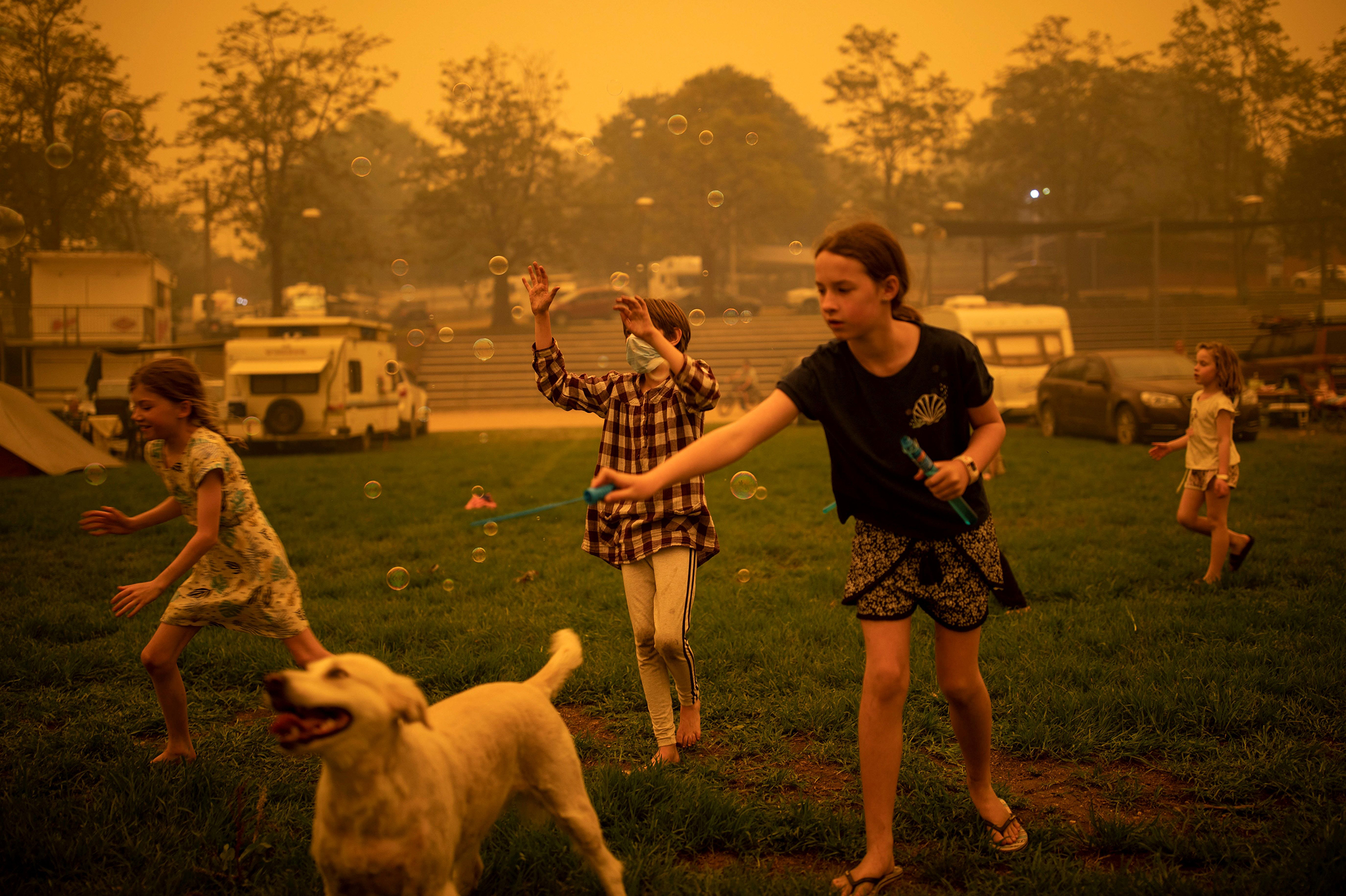 Children play in the southern New South Wales town of Bega, where they are camping after being evacuated, on Dec. 31, 2019.
Sean Davey—AFP/Getty Images

Australia Is Burning: Scenes From a Deadly Season of Bushfires

By Amy Gunia and Andrew Katz

Fires across Australia have burned more than 12 million acres, marking one of the country’s worst bushfire seasons on record. Bushfires are an annual occurrence on the continent, but drought conditions and unprecedented heat have intensified the fires and drawn global attention.

More than 20 people have died in the blazes — including firefighters — and almost 2,000 homes have been destroyed. Prime Minister Scott Morrison called up some 3,000 military reservists on Jan. 4 to help deal with the disaster as temperatures soared to 120 degrees Fahrenheit in one Sydney suburb. Thousands have been forced to flee their homes in the country’s southeastern region, where slightly cooler temperatures and some rain are now offering shades of relief.

Haze from the fires has engulfed Sydney and Melbourne and even parts of New Zealand more than 1,000 miles away. Huge tracts of forests have been burned. One researcher, in a widely shared figure, projected that as many as 480 million animals have been killed or would die in the state of New South Wales alone.

Morrison has faced criticism for his response to the crisis and his stance on climate change. While he has acknowledged that climate change could be creating the weather conditions that have made this bushfire season one of the most disastrous on record, he has argued that there is no direct link between Australia’s greenhouse gas emissions and the severity of the fires.

For months, he has been met by desperate scenes across his country: human beings and animals fleeing their homes and habitats, large swathes of scorched earth and orange smoke-filled skies.