Don’t come to The Staircase expecting certainty. French filmmaker Jean-Xavier de Lestrade’s Peabody-winning documentary series, which originally aired in 2004, with updates added in 2013 and 2018, is a study in ambiguity. Across 13 episodes, it traces the long legal saga of Michael Peterson, an author charged with murder after his wife Kathleen died on the staircase of their Durham, N.C. home in December 2001 in what Peterson claimed was an accidental fall. Combining vérité-style footage with one-on-one interviews, Lestrade depicts an American justice system so labyrinthine, inept and corrupt, it might be incapable of establishing anything beyond a reasonable doubt. Rather than inching closer to some definitive truth, he keeps circling around to the same impasse: Peterson couldn’t have done it, but he must have done it.

HBO Max’s The Staircase, an astute scripted miniseries from The Devil All the Time filmmaker Antonio Campos that debuts May 5, is similarly wary of easy answers. At first, as Campos restages the immediate aftermath of Kathleen’s death, it looks as though we’re in for yet another redundant docudrama that fictionalizes events that will already be familiar to most viewers. There turns out to be a lot more than that happening in this Staircase, which not only revisits the Michael Peterson trial, but also encompasses the making of the documentary and explores aspects of the family’s story that never made it into that series. With additional context comes an even greater sense that no secondhand account of what happened on that staircase—whether generated by the prosecution, the defense, or Lestrade—will ever approach the objective truth.

Colin Firth and Toni Collette in 'The Staircase'
HBO Max

The linchpin of this delicate portrayal is Colin Firth’s performance as Michael. Best known for playing romantic leads and other charismatic types, he disappears, here, into a far murkier character. In Lestrade’s series, which fascinated Firth, Peterson comes off as a series of near-contradictions: an erudite, introspective author and a belligerent narcissist; a devoted family man sneaking around with potential male lovers; a community leader and a true oddball. Firth captures everything from his halting speech patterns to his flashes of anger, disappearing deep enough into the character that (unlike Viola Davis as Michelle Obama in The First Lady or Jared Leto as Adam Neumann in WeCrashed) the casting never feels like a gimmick. Neither evil nor especially likable, his version of Michael clearly has a dark side. The question is: how dark?

Liberated from the constraints of the documentary format, this Staircase digs into characters its predecessor didn’t have the access to fully explore—essentially, everyone besides Michael and his unflappable defense attorney, David Rudolf (a perfectly cast Michael Stuhlbarg). Campos teases out the complexities of the Petersons’ big, blended family; while the couple had no children together, both partners brought kids from previous marriages, plus Michael’s two adopted daughters (Sophie Turner and Odessa Young). In this telling, it’s the dynamic between young-adult siblings and step-siblings, that accounts for their split allegiances. Kathleen’s only biological offspring, Caitlin (Olivia DeJonge), is coaxed out of the Peterson fold and into the thrall of Michael’s nemesis, Kathleen’s sister Candace (the always-captivating Rosemarie DeWitt). But that doesn’t mean the other four kids, rounded out by Michael’s troubled sons (Dane DeHaan and Patrick Schwarzenegger), are equally comfortable supporting their dad.

For obvious reasons, Lestrade couldn’t offer Kathleen’s perspective, and he has been accused, with some merit, of writing her out of her own story. In flashbacks that draw on interviews with people who knew her, independent research, imaginative hypotheses, and an uncommonly subtle performance from Toni Collette, Campos assembles a convincing composite portrait. The Kathleen we meet is intelligent, warm, capable—the kind of woman for whom “having it all” means being on call 24/7 for a corporate job, catering to the every need of her demanding husband and children, then taking a pill to get her stressed-out body to sleep. Whether or not she could have known about, let alone accepted, her husband’s extramarital flirtations (or more) with men, as Michael claims she did, becomes another of the series’ big questions. Although the multiple graphic set pieces that dramatize various theories of how Kathleen died struck me as excessively invasive, for the most part, the flashbacks work to restore her personhood.

For more of TIME’s culture coverage, subscribe to our entertainment newsletter, More to the Story, by clicking here.

The final piece of Campos’ mosaic follows Lestrade (Vincent Vermignon) and producer Denis Poncet (Frank Feys) as they navigate—and debate—how to portray Michael’s ordeal. Privy to Rudolf’s strategy sessions as well as some of the Petersons’ tensest moments, but denied behind-the-scenes access to the prosecution, Jean struggles to find balance. At the same time, he must keep viewers invested by incorporating the elements of suspense and surprise that have, in the wake of the original Staircase, fueled an endless thirst for true crime. Even before the documentary crew becomes personally invested in the outcome of Michael’s case, there’s an agenda at work beyond offering a fly-on-the-wall view of the American justice system. In the HBO Max series’ standout fourth episode, Campos’ camera zooms in on both the editing process and the recording of Jocelyn Pook’s mournful score, demonstrating how each element of a story, whether fiction or nonfiction, represents a choice made to elicit an emotional reaction.

When we meet Jean and Denis, in episode 2, they are in a Paris cafe throwing around ideas for a follow-up to their Oscar-winning 2001 film, Murder on a Sunday Morning. “This is our moment,” Denis tells his collaborator, in French. “The world is looking at us. We need our next film. What do you want to show them?” Jean contemplates the question for a few beats. “I want to show something strong,” he replies, in a clumsy bit of dialogue. “About justice, but how it truly is. With the defense, prosecution, judge—all saying different things about the same crime.”

Could Lestrade’s statement of purpose have become a self-fulfilling prophecy? Quite possibly. But as he followed the Petersons, there’s no doubt that he also encountered truly unanticipated holes, inconsistencies, self-interested stakeholders or other inexplicable details connected with every scenario floated to explain Kathleen’s death. His Staircase captures the senselessness of a justice system that, regardless of whether Peterson was guilty or innocent, spent the better part of two decades teasing, tormenting and helping to impoverish a whole family—and one that entered the courtroom with far more privilege than that of most criminal defendants.

By expanding the frame to include the making of the documentary, Campos goes a step farther, putting forth an idea that should challenge the legion of amateur detectives who’ve spent years speculating about this case and others, online and off. Sometimes, this Staircase suggests, no amount of additional context will get you closer to the truth. Sometimes, in true crime and beyond, there’s simply no getting around the fundamental unknowability of the human soul. 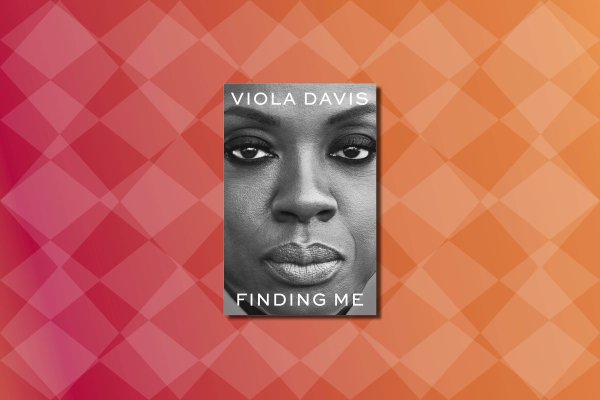 Viola Davis Has Always Fought for More
Next Up: Editor's Pick