Netflix‘s newest docuseries, The Staircase, dives into the twisty case of Michael Peterson, a novelist who was convicted in 2003 of murdering his wife, Kathleen Peterson, after she was found unconscious at the bottom of a staircase in their home.

The series has consumed director Jean-Xavier de Lestrade’s life for the last 15 years. De Lestrade first debuted the series in 2004, with eight episodes that closely followed Peterson, his family and defense team as they prepared for and went through the murder trial (an abbreviated version aired on ABC’s Primetime that year). He followed up with two more episodes in 2013, after Peterson was released from prison pending a retrial.

Now, de Lestrade is closing out The Staircase series on Netflix with the addition of three new episodes that document Peterson’s last trial and where he is today.

And after all that time, de Lestrade tells TIME he’s not sure whether Peterson is innocent or guilty.

“Michael Peterson himself is a very strange, very complex character,” de Lestrade said. “Of course, the man I spent many days, weeks, months and years with — the man I know, it’s like it’s not possible that he’s capable of killing someone in that way. But human beings are so strange and you never know.”

De Lestrade initially thought he’d tell Peterson’s story as a two-hour movie for HBO, as a followup of sorts to his Oscar-winning documentary Murder on a Sunday Morning, which covered the case of a poor black teenager who was wrongfully accused of killing a woman. He sought out Peterson — a wealthy, white man highly regarded in the public eye — to show how the justice system can upend anyone’s life, and soon had enough information to make a multi-part series instead.

De Lestrade landed on Peterson’s case after reviewing about 400 criminal cases. There was just something about Peterson that piqued his interest, de Lestrade said.

Peterson’s nearly two-decade long battle with the justice system started in 2001, when he placed a frantic 911 call, during which Peterson said he found his wife unconscious at the bottom of a staircase at their North Carolina home. He has maintained that Kathleen Peterson slipped on the stairs and fell to her death after drinking wine and taking valium earlier in the evening. Authorities, however, found the amount of blood spilled on the stairs suspicious. Focus quickly shifted to Peterson, who was the only one at home at the time of her death.

Further probing into Peterson brought up two pieces of information that prosecutors used against him during his trial. The first, it emerged that Peterson was bisexual and had carried on relationships with men outside of his marriage. While he claimed that Kathleen knew about and accepted his other relationships, prosecutors said during the trial that she had discovered it recently and confronted him on the night of her death.

The way de Lestrade sees it, had Peterson’s sexuality not come up, the prosecution may not have gone after him at all.

“For them, it was clear that was the motive of the killing,” he said. “They have always thought that Kathleen discovered that night the emails on his desk, that they had an argument about that, that he lost his temper and hit her.”

The second piece of information that investigation uncovered was that a close family friend Elizabeth Ratliff, whose daughters were later raised by the Petersons, had been found dead at the bottom of a staircase years before Kathleen Peterson died. During Peterson’s trial, her body was exhumed and a new autopsy determined her death was a homicide as well.

Peterson was convicted in 2003 of beating his wife to death and sentenced to life in prison. Eight years later, he was released on house arrest after a judge found that the blood analyst who had provided essential evidence in the case against Peterson had given misleading and false testimony about the bloodstain evidence. The final three episodes of The Staircase catch up with Peterson in his life outside of prison before he entered an Alford plea in 2017. Under the plea, Peterson is free as as a convicted felon after pleading guilty to murdering his wife.

Taken as a whole, with all 13 episodes available together on Netflix for the first time ever, the series paints a grim portrait of the criminal justice system. De Lestrade’s interest was never in the questioning Peterson’s guilt — his intent was to paint a broad picture of how Peterson would be treated inside the system until his final plea deal.

While he’s not convinced of Peterson’s innocence, de Lestrade said the process of making the series made it clear to him that Peterson did not receive a fair trial. Peterson was the only suspect they were interested in, he said. No matter how much money a person has, it’s tough to fight a whole system.

“Even when you have thousands of dollars to defend yourself and you have a smart lawyer, you have to get very lucky to get out,” he said. “And it took 15 years.” 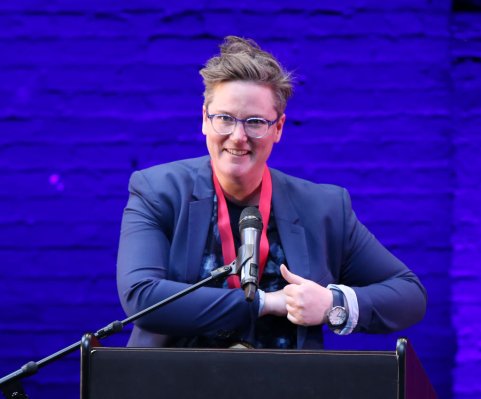