How America Educated the Children of Nazis after World War II

A circa 1947 photo of Operation Paperclip children in summer school classes designed to help them learn English at Fort Bliss in El Paso, Texas.
Courtesy of Jonna Perrillo
By Olivia B. Waxman

Within just a few years after the end of World War II, the U.S. went from fighting the Nazi party to inviting some of its scientists and their families to live and work in America.

In 1946 and 1947, as part of a program called Operation Paperclip, a contingent of leading Nazi scientists and their families relocated to El Paso, Texas, to work on missile development during the height of the Cold War with the U.S.S.R. Three years later, they moved to Huntsville, Alabama, to help build out the American space program. By 1955, almost all of them had received American citizenship. The leader of the group, former Nazi missile developer Wernher Von Braun, would become the chief architect of the Saturn V rocket that got the U.S. to the Moon.

In a new book, Educating the Enemy: Teaching Nazis and Mexicans in the Cold War Borderlands, education historian Jonna Perrillo zeroes in on the time that the 144 children of these Nazi scientists spent in El Paso public schools—and how the U.S. used them as propaganda tools. TIME talked to Perrillo about this history and how it’s relevant to modern-day efforts to promote patriotic education.

Why did America bring families who worked for the Nazis to the U.S.?

The Cold War began as soon as World War II was ending, and the American military believed they needed scientific knowledge that the scientists who created the V-2 missile for the Third Reich possessed.

Their families were important for a couple of reasons. One of the things that I uncover in this book is how their children were used by the press, used by the War Department, and used by the federal government to put a happy face on what was a really controversial act. They were used to show how powerful our democracy was, how persuasive our public schools were—that our way of living was so powerful that we can even transform the children of fascists.

Was there any kind of ‘Americanization’ process that the group had to go through?

Nazis had seen how white people settled the American West, and they thought they could settle Europe [similarly]. The Germans were incredibly familiar with stories of cowboys and Indians; they had idolized American western mythology themselves. It was a big part of German culture.

They were made to watch footage of concentration camps. My book opens with the memoir of one of the scientists who talks about seeing the films and wondering what to do. He wondered about his own complicity; his own sense of what he called collective guilt. And he ruminates in a really interesting way about how he got to the place that he got to and what he could have done—and he says nothing in his childhood prepared him to do anything other than to go along.

How was America’s response to educating the children of Nazi scientists so different from the way it educated Mexican-American children in El Paso?

America had a vested interest in assimilating the German students to testify to the ability of American public schools. The American schools often had teachers who were higher skilled because it was seen as a better assignment. There was less turnover. There were Mexican schools in South El Paso where students were taking classes in hallways; Mexican-American students were treated as if they were unready and unwilling students.

There wasn’t the same vested interest in assimilating Mexican-Americans and in educating them. The expectation was conveyed to them very early on that they were a drain, an economic burden, and kind of a social burden. At the same time, they were also seen as competitors; there was this underlying anxiety over these people that [white Americans] saw as inferior, but had the potential to take jobs from them. This history is so important for us to understand because of the way in which, both historically and in contemporary life, we treat different groups of students fundamentally differently.

In your book, you talk about how the children learned a romanticized version of how the American frontier was settled. What does that depiction get wrong?

It worked to shore up whiteness. It put forth specific models of white heroes—self-reliant, industrious, strong—while it also worked as a pedagogy of erasure. The Cold War hero was this mythic cowboy type figure who was independent, self-sufficient and hardworking, but could work with others when he needed to. These were all ideals that the schools wanted to promote in children, and particularly to give white children the message that this is how they were to act and [that these were the] civic values that they were to adopt and embrace as well. And they found German children fitting into that quite easily.

Both the mythology itself and the El Paso civics curriculum erased the presence of Native Americans and Mexicans in the West, and it erased a history of genocide on which the borderlands and the nation were settled. A curriculum that told students that genocide could be overlooked also told white children, whether American or German, that the social power they possessed was a natural product of living in a civilized society rather than something created through violence.

Was Operation Paperclip a success?

The scientists did build the missiles that they were brought here to build. They then went on to [help] build NASA which I think is actually considered a far greater accomplishment. Wernher von Braun, who was the leader of this group, is deeply woven into the history of NASA. So in that sense, yes. But there was definitely a sense that it wasn’t clear why we needed German scientists to do this. A lot protested not just on ethical grounds, but also on the feeling that American scientists were pretty great too and could have produced the same results.

And a good contingent of the Operation Paperclip children [are still] in the Huntsville, Alabama, area because so many of them went on to work for NASA. Some of them had amazing professional careers and were highly successful people. They’re a close group. Everyone I talked to is still in touch with other people from the group.

How is the story of the Operation Paperclip children relevant to today?

The way in which it feels immediately relevant right now is with this idea of happy white children as symbols of democracy. There are a whole lot of culture wars and anxiety around that right now, particularly in Republican states where there’s been legislation about how children [should not] feel discomfort, guilt or anxiety based on race. This sort of concern with protecting white children, or seeing white children’s own sense of self privileged over that of all other children is an echo of [the way that] German children of Nazi scientists were treated far better and seen as far more valuable than their Mexican American peers. Talking about happiness, or guilt or discomfort [is] often really talking about political power, more than emotional truth. 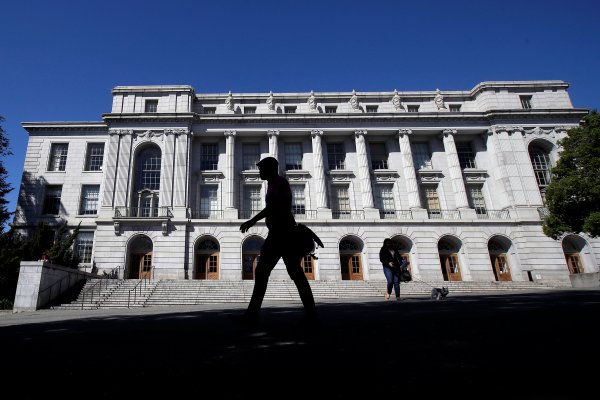 The Movement to Outlaw Caste Discrimination in the U.S.
Next Up: Editor's Pick