We've Been Telling the Alamo Story Wrong for Nearly 200 Years. Now It's Time to Correct the Record

Illustration of the Battle of the Alamo, San Antonio, Texas, March 6, 1836.
Getty Images
By Bryan Burrough and Jason Stanford

Imagine if the U.S. were to open interior Alaska for colonization and, for whatever reason, thousands of Canadian settlers poured in, establishing their own towns, hockey rinks and Tim Hortons stores. When the U.S. insists they follow American laws and pay American taxes, they refuse. When the government tries to collect taxes, they shoot and kill American soldiers. When law enforcement goes after the killers, the colonists, backed by Canadian financing and mercenaries, take up arms in open revolt.

As an American, how would you feel? Now you can imagine how Mexican President Antonio López de Santa Anna would have felt in 1835, because that’s pretty much the story of the revolution that paved the way for Texas to become its own nation and then an American state.

If that’s not the version of history you’re familiar with, you’re not alone. The version most Americans know, the “Heroic Anglo Narrative” that has held sway for nearly 200 years, holds that American colonists revolted against Mexico because they were “oppressed” and fought for their “freedom,” a narrative that has been soundly rebutted by 30-plus years of academic scholarship. But the many myths surrounding Texas’ birth, especially those cloaking the fabled 1836 siege at the Alamo mission in San Antonio, remain cherished in the state. Even as the nation is undergoing a sweeping reassessment of its racial history, and despite decades of academic research that casts the Texas Revolt and the Alamo’s siege in a new light, little of this has permeated the conversation in Texas.

Start with the Alamo. So much of what we “know” about the battle is provably wrong. William Travis never drew any line in the sand; this was a tale concocted by an amateur historian in the late 1800s. There is no evidence Davy Crockett went down fighting, as John Wayne famously did in his 1960 movie The Alamo, a font of misinformation; there is ample testimony from Mexican soldiers that Crockett surrendered and was executed. The battle, in fact, should never have been fought. Travis ignored multiple warnings of Santa Anna’s approach and was simply trapped in the Alamo when the Mexican army arrived. He wrote some dramatic letters during the ensuing siege, it’s true, but how anyone could attest to the defenders’ “bravery” is beyond us. The men at the Alamo fought and died because they had no choice. Even the notion they “fought to the last man” turns out to be untrue. Mexican accounts make clear that, as the battle was being lost, as many as half the “Texian” defenders fled the mission and were run down and killed by Mexican lancers.

Nor is it at all clear that the Alamo’s defenders “bought time” for Sam Houston to raise the army that eventually defeated Santa Anna at the Battle of San Jacinto the following month. Santa Anna had told Mexico City he expected to take San Antonio by March 2; he ended up doing so on March 6. In the end, the siege at the Alamo ended up costing him all of four days. Meaning the Alamo’s defenders, far from being the valiant defenders who delayed Santa Anna, pretty much died for nothing.

So why does any of this matter? What’s the harm in Texans simply embracing a myth?

Census data indicates that Latinos are poised to become a majority of the Texas population any year now, and for them, the Alamo has long been viewed as a symbol of Anglo oppression. The fact that many Tejanos — Texas Latinos— allied with the Americans, and fought and died alongside them at the Alamo, has generally been lost to popular history. The Tejanos’ key contributions to early Texas were written out of almost all early Anglo-authored histories, much as Anglo Texans ran Tejanos out of San Antonio and much of South Texas after the revolt. For too long, the revolt has been viewed by many as a war fought by all Anglos against all of Mexican descent.

“If you’re looking at the Alamo as a kind of state religion, this is the original sin,” says San Antonio art historian Ruben Cordova. “We killed Davy Crockett.”

It’s a lesson many Latinos in the state don’t learn until mandatory Texas history classes taught in seventh grade. “The way I explain it,” says Andres Tijerina, a retired history professor in Austin, “is Mexican-Americans [in Texas] are brought up, even in the first grade, singing the national anthem and the Pledge of Allegiance and all that, and it’s not until the seventh grade that they single us out as Mexicans. And from that point on, you realize you’re not an American. You’re a Mexican, and always will be. The Alamo story takes good, solid, loyal little American kids and it converts them into Mexicans.”

And Mexican-American history isn’t the only piece of the past that’s distorted by the Alamo myth. Academic researchers long tiptoed around the issue of slavery in Texas; active research didn’t really begin until the 1980s. Since then, scholars such as Randolph Campbell and Andrew Torget have demonstrated that slavery was the single issue that regularly drove a wedge between early Mexican governments—dedicated abolitionists all—and their American colonists in Texas, many of whom had immigrated to farm cotton, the province’s only cash crop at the time.

His correspondence shows conclusively that Stephen F. Austin, the so-called “Father of Texas,” spent years jousting with the Mexico City bureaucracy over the necessity of enslaved labor to the Texas economy. “Nothing is wanted but money,” he wrote in a pair of 1832 letters, “and Negros are necessary to make it.” Each time a Mexican government threatened to outlaw slavery, many in Austin’s colony began packing to go home. In time, as we know now, they put away their suitcases and brought out their guns.

This, by and large, is not the Texas history many of us learned in school; instead, we learned a tale written by Anglo historians beginning in the 19th century. What happened in the past can’t change. But the way we view it does—and, as a state and a country, now is the time to teach the next generation our history, not our myths.

Bryan Burrough and Jason Stanford are, with Chris Tomlinson, the authors of Forget the Alamo: The Rise and Fall of an American Myth, available now from Penguin Press. 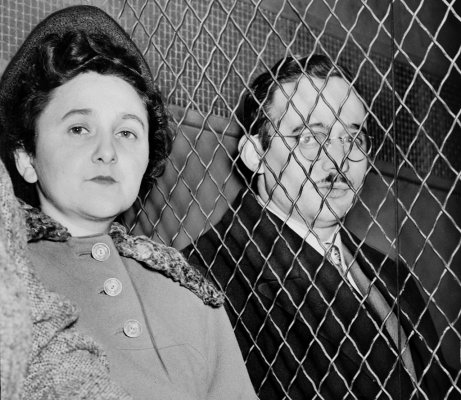 There’s More to the Ethel Rosenberg Story
Next Up: Editor's Pick