Why the Nazis Loved America

To say America today is verging on Nazism feels like scaremongering. Yes, white nationalism lives in the White House. Yes, President Donald Trump leans authoritarian. Yes, the alt-right says many ugly things. But for all the economic pains of many Americans, there is no Great Depression gnawing away at democracy’s foundations. No paramilitary force is killing people in the streets. Fascism and Nazism have not arrived in the United States.

But there is a different and instructive story to be told about America and the Nazis that raises unsettling questions about what is going on today — and what Nazism means to the U.S.

When we picture a modern American Nazi, we imagine a fanatic who has imported an alien belief system from a far-away place. We also, not wrongly, picture captives in concentration camps and American soldiers fighting the Good War. But the past is more tangled than that. Nazism was a movement drawn in some ways on the American model — a prodigal son of the land of liberty and equality, without the remorse.

In the late nineteenth and early twentieth centuries, America led the world in race-based lawmaking, as a broad political consensus favored safeguarding the historically white character of the country. That is, it codified white nationalism. Congress passed immigration legislation designed to guarantee the predominance of immigrants from northern Europe, largely shutting the door on Jews, Italians, Asians and others. As Nazi commentators approvingly put it, this was law intended to keep out “undesirables.” (Attorney General Jeff Sessions said in a 2015 interview with White House Chief Strategist Steve Bannon that that policy was “good for America.”) Jim Crow segregation blanketed the South. Thirty of the forty-eight states possessed anti-miscegenation legislation that prohibited interracial marriage — not only between whites and blacks, but also between whites and Asians — and sometimes threatened violators with harsh criminal punishment. In Maryland, they faced up to ten years in prison. Law made second-class citizens of blacks, Filipinos, Puerto Ricans, Asians and Native Americans. Most especially, it deprived these non-white Americans of any meaningful right to vote.

European racists took note. Among them was Adolf Hitler. In Mein Kampf, Hitler called America the “one state” making progress toward the creation of the kind of order he wanted for Germany. In 1935, the National Socialist Handbook on Law and Legislation, a basic guide for Nazis as they built their new society, would declare that the United States had achieved the “fundamental recognition” of the need for a race state.

Beyond its laws, the Nazis also admired America’s conquest of the West. In 1928, Hitler praised the Americans for having “gunned down the millions of Redskins to a few hundred thousand” in the course of founding their continental empire. And they knew that the United States had emerged as the dominant great power in the world after World War I. To them, racism had made America great. Plenty of Americans seemed to agree.

Of course, there was more to America than its racism. The Nazis despised the United States’ otherwise egalitarian and democratic traditions. Many of them believed that race-mixing would eventually doom America to decline. And they found it sad that American law had not yet targeted the race they regarded as the most dangerous of all: the Jews.

Nevertheless, American race law offered the model for anybody who sought to build a racist legal order. And after Hitler became Chancellor of the Reich and the Nazis took power in 1933, Nazi lawyers carefully studied the American example as they crafted the Nuremberg Laws, the most reviled race legislation of the twentieth century. Those laws followed the lead of the United States. They criminalized intermarriage; they relegated Jews to second-class citizenship. Their goal was to make Germany so frightening that the Jews would all flee.

That was the form that Nazism took in the early 1930s: It was about excluding and expelling outsiders, so that the “Aryans” of Germany could reclaim their dominant place in their country. Hitler and his followers were not yet planning the Final Solution. They were planning something different — something much closer to what the Far Right in Europe and the alt-right in America hope for today: The Nazi Party stood for the proposition that the benefits of life in Germany should be reserved for Germans alone.

Eighty years later there is once again an American political movement dedicated to the proposition that America should return to its white nationalist roots. We have witnessed a disquieting rash of anti-Semitic incidents and a Holocaust Remembrance statement issued by the White House that omits the Jews. There are new laws in many former Jim Crow states that limit access to the polls — laws that transparently target the black population, a disgraceful echo of a disgraceful American past. And bans have been put in place that once again seem to deem some would-be immigrants as “undesirables.”

Thankfully, we are still a long way from the 1930s. And thankfully, the very worst never happened here: Despite all of its similarities to, even its instructiveness for, the Germany of the 1930s, the United States did not fall into authoritarianism and become the Germany of the 1940s. America corrected its course. And the institutions that helped it do so — its courts, its civil rights infrastructure, its active democracy — remain intact.

Still, there are powerful figures in Washington who seem willing to return us to what did happen here, which was quite disturbing enough. It is a moment to remember the past and to stay vigilant. We all know that in Europe in the 1930s a country went mad in the attempt to rid itself of a supposedly alien race. But we need not look across the Atlantic to see the dangers — or the solutions. 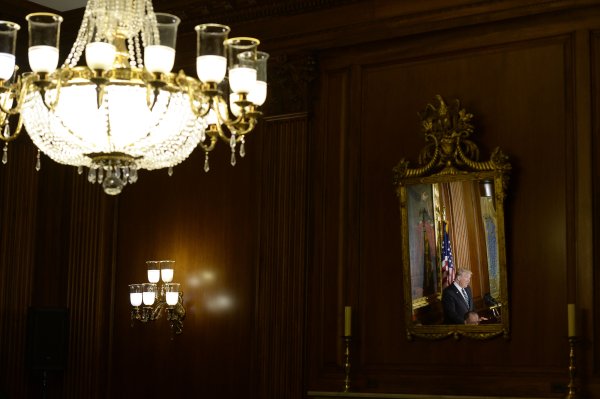