Spy Thriller The 355 Has the Right Ingredients, But They Never Come Together

The 355 is one of those movies that seems to have sprung from a good idea and even better intentions: Cast a handful of appealing actresses as spies who are great at their jobs but who, by their nature and training, resist giving away their trust. Weave these characters into a plot involving a deadly cyberweapon. Toss in a few weaselly bad guys, some luxe international locales and a selection of foxy evening gowns, and you’ve got a movie.

Or you’ve almost got a movie. Directed by longtime producer Simon Kinberg (who also made the 2019 X-Men: Dark Phoenix), and written by Kinberg, Theresa Rebeck and Bek Smith, The 355 has all the right puzzle pieces laid on the tabletop. They just don’t come together as they should. Jessica Chastain is CIA agent Mace, short for Mason, a loner who has only just recently decided to take a chance on love, with fellow agent Nick (Sebastian Stan). But Nick is killed during a botched dual assignment, in which the two of them are posing as Paris honeymooners. Mace decides that the best way to deal with her grief is to finish the mission, though tough vixen Marie (Diane Kruger)—at first posing as a frosty Parisian café worker, before revealing herself to be a cool, leather-jacket spy type—thwarts her at every turn. To secure the drive, Mace treks to London to seek the help of an old friend, cyber specialist Khadijah (Lupita Nyong’o), not knowing that there’s yet another party, represented by Fan Bing Bing’s sultry Lin Mi Sheng, who also wants the drive. Meanwhile, Graziela (Penelope Cruz), a therapist from Colombia—because why not?—gets jumbled up in the action.

It’s fun to watch women fend off male baddies, and a few of the action scenes here throw off some mild sparks of excitement. And an auction sequence in which each of the women’s evening wear is specifically geared to their personalities—Mace gets an emerald strapless number reminiscent of old Hollywood, Marie a goth-disco cabernet-velvet jumpsuit—offers a jolt or two of visual luxury.

But The 355—which takes its title from, allegedly, the code number of a female Revolutionary Spy—needs more wit, more glamour and lightness. The characters have sisterhood moments, but no real chemistry: there’s a difference between truly clicking and merely offering dutiful bromides about how hard it is to be a woman. The presumption is that women need a spy thriller that takes them seriously, that reassures them they can do anything a man can do (and possibly do it better), and that even though they’re naturally inclined to want to take responsibility for everything, not everything is their fault. But what if we just want to watch women kick butt, wear excellent gowns and just have some bad-gal fun? The model of perfection might be Ana de Armas’ awesome junior spy in No Time to Die, who claims to be a newbie even though she makes all the right moves, her slinky black dress swirling around her with every leap and kick. The spies in The 355 approach their work, and the work of being a woman, with grim determination. Rarely has a spy thriller so much resembled a pile of ironing. 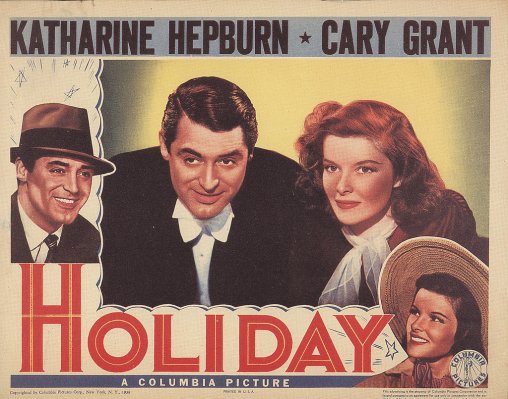 The Greatest New Year's Eve Scene Ever Committed to Film
Next Up: Editor's Pick