Climate Crises Dominated 2021. But These Innovations Offer Some Hope

After a rare pandemic-related dip in 2020, global carbon emissions bounced back with a vengeance. Climate disasters seemed relentless over the summer, from flooding in Western Europe and China to wildfires in Siberia and the American West. And although world leaders made some headway at the COP26 climate summit in Glasgow, their new emission-reduction commitments aren’t nearly enough to get the world back on track.

Read more: Why TIME Dedicated an Issue to the Global Climate Fight

Even so, it was also a year in which individuals, organizations and governments started to come together to respond to the climate emergency. It’s unclear whether that momentum will lead to the sweeping systemic changes the world needs to rapidly zero out greenhouse-gas emissions, but from international agreements to technological advances, some progress is being made. Here, some of the most important climate advances of 2021.

Traditional carmakers have long been seen as an obstacle in the fight against climate change, with internal combustion engines in trucks and automobiles responsible for almost 20% of U.S. carbon emissions. But we might look back on 2021 as the year the dam broke, with carmakers from General Motors to Mercedes-Benz practically falling over one another with pledges to electrify their offerings and plow money into battery vehicles. Ford rolled out an electric version of its most popular vehicle, the F-150 pickup, while Tesla, a trailblazer in the segment, continued to charge ahead, logging record quarterly profits.

A gust of green power

Offshore wind is one of the world’s best decarbonization tools, especially to power densely populated coastal areas like the Eastern seaboard. But the U.S. hasn’t built more than a handful of those turbines, even as gigawatts of offshore wind power began flowing in Europe and China in recent decades. This year, the U.S. approved its first large-scale offshore wind farm, Vineyard Wind, off the coast of Massachusetts, and construction began in November. Many more such projects are expected in the years ahead.

Getting the carbon out

The largest-ever facility designed to pull carbon out of the atmosphere and permanently store it underground began operating in Iceland in September. The plant runs on geothermal energy and is able to sequester 4,000 tons of carbon per year. To be sure, that’s several orders of magnitude smaller than the billion-ton scale that would be required to make a dent in global emissions, and many environmentalists are wary of investing in such projects, saying limited resources are better used to build renewable power and storage to replace fossil fuels. But other experts argue that developing such carbon-capture tools will prove essential to balance out emissions from hard-to-decarbonize industries like shipping and air travel.

Read more: ‘Widespread and Severe.’ The Climate Crisis Is Here, But There’s Still Time to Limit the Damage

Secretive U.S. startup Form Energy entered the public eye this year, showing off its rechargeable iron-air battery to Wall Street Journal reporters in July. The batteries are too heavy for electric cars, but they could be a game changer for the power grid. The new system is made with cheap and plentiful iron pellets. If it works as well as Form Energy claims, it would offer a more affordable way to store renewable electricity and release it when the sun isn’t shining or the wind isn’t blowing, making it more financially viable to phase out fossil-fuel power plants.

A new deadline for coal

Although many observers were dissatisfied with the results of COP26, the summit did have some successes. One of the key milestones from the meeting was an agreement between more than 40 countries to phase out coal power, one of the worst contributors to global climate change. Major emitters like the U.S. and China didn’t sign on to the deal, and some experts say the agreement gives individual countries too much leeway on phaseout dates, but the international pledge still marks a step toward the goal of eliminating coal power worldwide.

Linking cause and effect

Over the past few years, an international team of scientists has been quietly refining a system to determine the role of climate change in extreme weather events faster than ever before. This summer, that team, led by European climate scientists Geert Jan van Oldenborgh and Friederike Otto, took only nine days to prove that a deadly, record-breaking heat wave in the U.S. Pacific Northwest would have been all but impossible without the effects of human-made greenhouse-gas emissions. Work like this is crucial in helping the public grasp the urgency of the climate crisis. 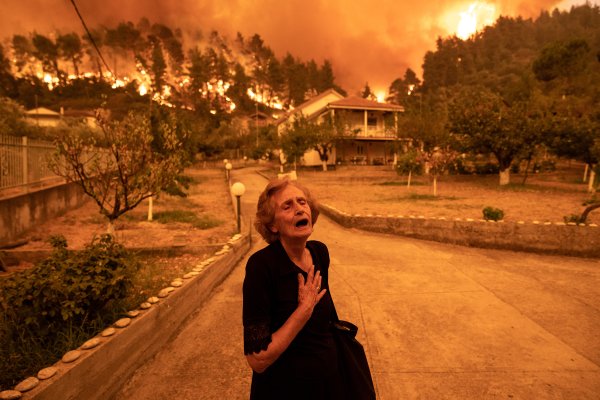 Watch: This Year in Climate Stories
Next Up: Editor's Pick