The year 2021 was poised to be a great one for established, fan-favorite authors. We were blessed with new work from a buzzy roster of titans, from Colson Whitehead to Lauren Groff to Kazuo Ishiguro. But while they, along with several others, did not disappoint (see TIME’s list of the 100 Must-Read Books of 2021), it was debut authors who truly shined. In an industry that has long been criticized for exclusion—and where it’s increasingly difficult to break out from the crowd—a crop of bright new voices rose to the top. From Anthony Veasna So to Torrey Peters to Jocelyn Nicole Johnson and more, these writers introduced themselves to the world with fiction that surprised us, challenged our perspectives and kept us fulfilled. Here, the top 10 fiction books of 2021.

10. Klara and the Sun, Kazuo Ishiguro

The eighth novel from Nobel Prize–winning author Kazuo Ishiguro, longlisted for the Booker Prize, follows a robot-like “Artificial Friend” named Klara, who sits in a store and waits to be purchased. When she becomes the companion of an ailing 14-year-old girl, Klara puts her observations of the world to the test. In exploring the dynamic between the AI and the teen, Ishiguro crafts a narrative that asks unsettling questions about humanity, technology and purpose, offering a vivid view into a future that may not be so far away.

Buy Now: Klara and the Sun on Bookshop | Amazon

In his incisive debut novel, Caleb Azumah Nelson tells a bruising love story about young Black artists in London. His protagonist is a photographer who has fallen for a dancer, and Nelson proves masterly at writing young love, clocking the small and seemingly meaningless moments that encompass longing. In just over 150 intimate pages, Nelson celebrates the art that has shaped his characters’ lives while interrogating the unjust world that surrounds them.

The nine stories that constitute Anthony Veasna So’s stirring debut collection, published after his death at 28, reveal a portrait of a Cambodian American community in California. One follows two sisters at their family’s 24-hour donut shop as they reflect on the father who left them. Another focuses on a high school badminton coach who is stuck in the past and desperate to win a match against the local star, a teenager. There’s also a mother with a secret, a love story with a major age gap and a wedding afterparty gone very wrong. Together, So’s narratives offer a thoughtful view into the community that shaped him, and while he describes the tensions his characters navigate with humor and care, he also offers penetrating insights on immigration, queerness and identity.

The five protagonists of Anthony Doerr’s kaleidoscopic and remarkably constructed third novel, all living on the margins of society, are connected by an ancient Greek story. In Cloud Cuckoo Land, a National Book Award finalist, a present-day storyline anchors a sweeping narrative: in a library, an ex-prisoner of war is rehearsing a theatrical adaptation of the Greek story with five middle schoolers—and a lonely teenager has just hidden a bomb. Doerr catapults Cloud Cuckoo Land forward and back from this moment, from 15th-century Constantinople to an interstellar ship and back to this dusty library in Idaho where the impending crisis looms. His immersive world-building and dazzling prose tie together seemingly disparate threads as he underlines the value of storytelling and the power of imagination.

6. The Life of the Mind, Christine Smallwood

The contemporary fiction landscape is full of protagonists like Christine Smallwood’s Dorothy: white millennial women who are grappling with their privilege and existence in a world that constantly feels like it’s on the verge of collapse. Plot is secondary to whatever is going on inside their heads. But Dorothy, an adjunct English professor enduring the sixth day of her miscarriage, stands apart. In Smallwood’s taut debut, this charming yet profound narrator relays amusing observations on her ever-collapsing universe. Languishing in academia, Dorothy wonders how her once-attainable goals came to feel impossible, and her ramblings—which are never irritating or tiring, but instead satirical and strange—give way to a gratifying examination of ambition, freedom and power.

Buy Now: The Life of the Mind on Bookshop | Amazon

The debut novel from poet Honorée Fanonne Jeffers, longlisted for a National Book Award, is a piercing epic that follows the story of one American family from the colonial slave trade to present day. At its core is the mission of Ailey Pearl Garfield, a Black woman coming of age in the 1980s and ’90s, determined to learn more about her family history. What Ailey discovers leads her to grapple with her identity, particularly as she discovers secrets about her ancestors. In 800 rewarding pages, Jeffers offers a comprehensive account of class, colorism and intergenerational trauma. It’s an aching tale told with nuance and compassion—one that illuminates the cost of survival.

Reese is a 30-something trans woman who desperately wants a child. Her ex Ames, who recently detransitioned, just learned his new lover is pregnant with his baby. Ames presents Reese with the opportunity she’s been waiting for: perhaps the three of them can raise the baby together. In her delectable debut novel, Torrey Peters follows these characters as they become entangled in a messy, emotional web while considering this potentially catastrophic proposition—and simultaneously spins thought-provoking commentary on gender, sex and desire.

Jocelyn Nicole Johnson’s searing short-story collection is one to read in order. Its narratives dissect an American present that doesn’t feel at all removed from the country’s violent past, and they build to a brutal finish. The unnerving standout piece—the titular novella—follows a group of neighbors who seek refuge on Thomas Jefferson’s plantation while on the run from white supremacists. Johnson’s narrator is college student Da’Naisha, a Black descendant of Jefferson who is questioning her relationship to the land and the people with whom she’s found herself occupying it. The story is as apocalyptic as it is realistic, a haunting portrait of a community trying to survive in a nation that constantly undermines its very existence.

At a plantation in the antebellum South, enslaved teenagers Isaiah and Samuel work in a barn and seek refuge in each other until one of their own, after adopting their master’s religious beliefs, betrays their trust. In The Prophets, a National Book Award finalist, Robert Jones, Jr. traces the teens’ relationship, as well as the lives of the women who raised them, surround them and have been the backbone of the plantation for generations. In moving between their stories, Jones unveils a complex social hierarchy thrown off balance by the rejection of the young mens’ romance. The result is a crushing exploration of the legacy of slavery and a delicate story of Black queer love.

The beginning of Maggie Shipstead’s astounding novel, a Booker finalist, includes a series of endings: two plane crashes, a sunken ship and several people dead. The bad luck continues when one of the ship’s young survivors, Marian, grows up to become a pilot—only to disappear on the job. Shipstead unravels parallel narratives, Marian’s and that of another woman whose life is changed by Marian’s story, in glorious detail. Every character, whether mentioned once or 50 times, has a specific, necessary presence. It’s a narrative made to be devoured, one that is both timeless and satisfying. 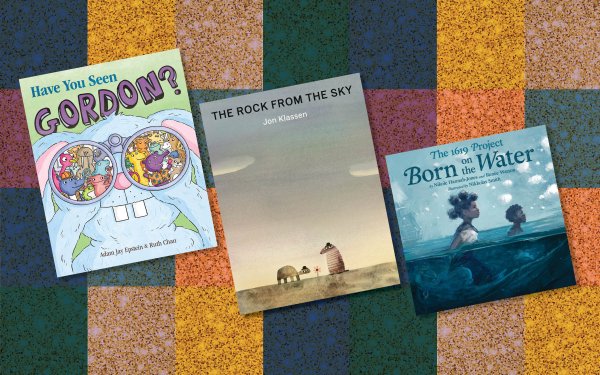