Movie stars, courtesans, spies, nuns: the aura of feminine mystery burns strong in all of them, but nuns may be the most enigmatic of all. Unless you’re among their ranks—and maybe even then—you can never really know them.

When I was a Catholic school kid in the late 1960s and early ’70s, many of my teachers were joyful Franciscans, not the crabby, knuckle-rapping ones of earlier decades. These were nuns who strummed their guitars at folk mass, their billowy black garments swinging in tune, who played basketball with us, switching out their dainty oxfords for Chuck Taylors. One had grown up on a farm, and when a cow at home gave birth to a two-headed calf, she had her brother send the dual heads, by then stuffed, to our school in a big wooden box. We filed past solemnly, unsure if we were gazing upon a miracle or a mistake.

The sisters were often fun and always kind. Yet we knew so little about them. What draws a woman to this type of sisterhood? And are their friendships and rivalries so different from our own? Two new novels, Lauren Groff’s Matrix, coming Sept. 7, and Claire Luchette’s Agatha of Little Neon, which arrived in August, peek behind the veil to surmise what nuns might be thinking about when no one but God is listening in—and provide a glimpse into the doubts and changes of heart that sometimes turn these brides of Christ into divorcees.

Nuns are hot this season: cinema provocateur Paul Verhoeven’s soon-to-be released Benedetta tells the—true!—story of a lesbian nun in early 17th-century Italy, a sister who experienced wild religious visions but who also used her status as a mystic to coerce a fellow nun into sexual relations. As Judith C. Brown relates in her 1986 study Immodest Acts: The Life of a Lesbian Nun in Renaissance Italy—which Verhoeven used as a source—Sister Benedetta Carlini lured her fellow sister into sin by claiming that the poor girl was actually having sex with an angel named Splenditello, who had morphed into Benedetta’s form. As deceitful come-ons go, you’ve got to admit that’s ingenious.

Matrix—Groff’s first novel since her 2015 hit Fates and Furies—imagines the story of a nun who was temperamentally very different from Benedetta but also a real-life figure, the 12th-century poet Marie de France. Not much is known about the real Marie, but she left behind a series of short narrative poems known as the Lais of Marie de France, and Groff creates a rich backstory for her, as detailed as a unicorn tapestry. She introduces us to Marie, age 17 in 1158, born in France but living in England in the court of Eleanor of Aquitaine, the French-born wife of Henry II. The queen is sending Marie—an ungainly girl with large bones, and an illegitimate Plantagenet child to boot—to a far-off and troubled abbey, where Marie will become prioress. Simmering with anger and frustration, Marie is packed off to the dank, depressing convent, a place of famine, starvation and nuns who are not altogether welcoming. Her exile is particularly stinging because she’s long been in love with Queen Eleanor.

But the young woman is smart and ambitious, and before long, she has climbed the convent ranks to reach the vaunted status of abbess. She fills the abbey’s coffers by managing its land more intelligently, ensuring that neither her nuns nor the inhabitants of the abbey’s satellite communities go hungry. She hatches and fulfills brilliant if mildly arrogant plans, like building a maze around the convent as a means of isolating it and thus protecting it from evildoers. And she writes poems—the verses that will become the lais we know today—based on her extravagant religious visions. In Groff’s imagining, Marie—like the nun Benedetta, who will be born centuries later—also wrestles with her own desire, though her urges take a far less sinister form. In one of the novel’s jauntier passages, a cheerful healer among the nuns named Nest discreetly relieves Marie of some pent-up sexual energy. She calls it “an expression of the humors,” and reveals, to Marie’s surprise, that it’s a health service she supplies to any of the sisters who might need it.

If you come to Matrix looking for hot nun action, that’s about as hot as you’re going to get. This is really a novel of sisterhood, of women finding clever routes to claiming their power, given all the roadblocks men have historically thrown up before them. Groff’s prose is sometimes elegant and sometimes willfully serpentine, curving around in overly complicated loops. One example of the latter: “Because the deep heat is stirring again, unquelled; the devouring fire of the curse of Eve as it leaves this body beginning to pulse from inside out to the skin.” That’s Marie, at the onset of menopause, experiencing a wordy hot flash.

But Groff’s book achieves liftoff here and there, especially in the way she sketches the personalities of Marie’s fellow nuns, chiefly Sister Gytha, “who sees fairies zipping about on birdwings and her own mother’s face in the moon.” Sister Gytha can’t read or write, but she can make splendid drawings, so Marie puts her to work in the convent’s newly instituted scriptorium, where she adorns manuscripts with all manner of vividly colored beasties. The next time you marvel over a weird medieval illumination—a cat playing a trumpet through its butt, or somesuch—just chalk it up to Sister Gytha.

Luchette’s Agatha of Little Neon—set not in the Middle Ages but in the recent present, circa 2005, in Buffalo, N.Y., and Woonsocket, R.I.—is the livelier, funnier of these two books, and is ultimately the more moving for it. The Sister Agatha of the title, the story’s narrator, is a shy and rather awkward woman, on the cusp of 30, who never really knows what to say or how to say it. Her mother died when she was 11; as a teenager, she wished she could melt into the background. Just out of school, she took a job at a gas station. She was drawn to her vocation not by hearing the call of God, but by watching two nuns trying on heart-shaped, Lolita-style sunglasses, joking and laughing, as they stopped for a fill. “There was no invitation. There was only that night in the gas station: it was late, and I was lonely, and I understood, watching the two nuns, that you could live your whole life alone if you weren’t careful. You might never find a decent place to hide from yourself.”

Agatha finds that place to hide, but also a sense of joy, with three fellow sisters and the elderly Mother Roberta, a no-nonsense spiritual guide and advice-giver whom Agatha adores. But Mother Roberta has decided to retire. And because of budget cuts, the four sisters are sent away from their Lackawanna convent and reassigned to run a halfway house in Rhode Island. It’s called Little Neon because it has been painted a distinctive bright green—the color, Agatha notes, of Mountain Dew—as the paint had been bought on clearance.

Agatha loves her sisters. They work, pray and crack jokes together. With their extremely limited funds, they buy sanitary napkins in bulk and snap up pantyhose on sale when they find them—sisters are women, after all. When Agatha is recruited to teach geometry at a nearby school, she’s at first terrified, fearful of being wrenched away from her family of sisters, and from the daily routine of Little Neon and its cast of wonderful, if troubled, characters. But teaching also opens her to a life of the self that she hadn’t acknowledged before. What’s more, she sees how the Catholic Church itself, in its vile, years-long denial of sexual-abuse allegations, has betrayed her. Agatha of Little Neon is a novel of self-discovery and of faith—or, more specifically, the unmoored feeling of suffering a crisis of faith.

But then, there is no faith without doubt. Questions don’t destroy faith; they’re the rain that keeps it alive. What does it mean to choose to become a Bride of Christ, only to realize you’re a lousy wife? Perhaps the answer comes back to knowing yourself as a woman first, and each woman is her own mystery. Movie star, courtesan, spy or nun, we all bleed the same. 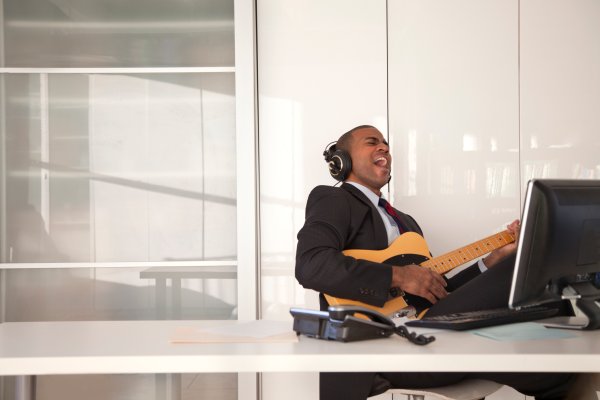 How to Become a Better Procrastinator
Next Up: Editor's Pick