Our Leaders Failed Us at COP26. To Succeed at COP27, They'll Need to Put Self-Interest Aside

A climate activist blocks the Victoria Embankment in front of the Lord Mayor's Show on Nov.13, 2021 in London, United Kingdom
Mark Kerrison—In Pictures via Getty Images
Ideas
By Mary Robinson
Mary Robinson was President of Ireland from 1990 to 1997 and United Nations High Commissioner for Human Rights from 1997 to 2002. She is is now chair of The Elders

“How late it was, how late.” Twenty-seven years ago, the Glaswegian author James Kelman stunned the literary world when his novel of that name won the prestigious Booker Prize.

Although his raw depiction of poverty and discrimination in decaying Glasgow tenements is a world away from the conference halls on the redeveloped banks of the Clyde, the title was a refrain in my head throughout the two weeks I spent in Glasgow for the COP26 climate summit.

How late it was, how late indeed for world leaders to take seriously the existential threat posed by the climate crisis, despite decades’ worth of warnings from scientists and those bearing the full force of its impacts. And despite the lateness of the hour, still they failed to rise to the challenge. Collectively, their national commitments constitute a dereliction of duty on a global scale, and a damning failure of leadership and diplomacy.

Granted, some progress was made in the negotiations, including a commitment to double finance to developing countries for adaptation, and – significantly – a requirement for countries with weak climate targets to “revisit and strengthen” them over the next 12 months.

Important voluntary side-deals were made to slash methane and coal, reverse deforestation and decarbonise the financial sector, while some countries showed leadership in pledging to end oil and gas production.

But overall, the refusal to act at the scale and speed required means the world remains on course for at least a 2.4°C increase over preindustrial levels, with terrible consequences for the lives and livelihoods of millions of people in every part of the planet.

In the face of this continued denial and obfuscation, it is time to call out those who have obstructed the negotiations in Glasgow.

The UN Secretary-General, António Guterres, has a critical role to play in pressuring countries to meet their obligations, not only to the Paris Agreement but the wider UN Sustainable Development Goals and the principles of the UN Charter.

This includes G20 countries that have not significantly increased their 2030 emission reduction targets, such as Australia, Brazil, China and Mexico, as well as countries including Saudi Arabia and India who insisted on watering down language on fossil fuels.

It was certainly welcome that the United States and China delivered a joint statement on future co-operation, and this now needs to be fleshed out with practical steps and commitments, acknowledging that neither country has shown the leadership befitting their status as the world’s two biggest carbon emitters.

Whilst Alok Sharma, the U.K. minister tasked with leading the COP Presidency, received well-earned praise for his efforts, the United Kingdom fell short on the leader-to-leader diplomacy needed to seal a better deal.

There can sometimes be a fatalistic tendency to international negotiations. After fraught and flawed summits, diplomats dust themselves down and resign themselves to “business as usual” at the next gathering, recycling pious platitudes to little effect.

We absolutely cannot allow this to happen now. The next twelve months until COP27 in Sharm El Sheikh will be crucial to plug the gaps that went unfilled in Glasgow. Leaders must finally show the level of political ambition commensurate with the scale of the climate crisis.

This political pressure needs to go hand in hand with the continuing campaign for climate justice waged by activists worldwide. Politicians need the crisis mindset of these courageous individuals, and the determination being shown from growing numbers in the business community.

Read more: Why It Feels So Hard to Understand What Really Happened at COP26

Where I took hope in Glasgow was from seeing and hearing determined young people in action, particularly from small island states and developing countries, explaining both their own frustration and their commitment to make the planet more habitable for the generations yet unborn.

I also took hope from the corporate and financial sectors who are now turning their investment and entrepreneurial drive to a world beyond fossil fuels at a scale we have not seen before. Momentum is clearly with those wanting change.

But my hope is tempered by a growing fear that if climate diplomacy continues to be dominated by the shallow self-interest of politicians, the faith of younger generations in the entire multilateral system and the rules-based international order will be eroded.

What COP26 did prove was that the UN-backed framework for addressing climate change works in bringing leaders to the table. Now is not the time to give up on the multilateral system. Climate change can only be addressed by countries working together.

At the next COP, all parties must step up and commit to a more ambitious common agenda. The Egyptian Presidency has a particular responsibility to include voices from civil society, however discomfiting this may be to certain rulers.

African leaders have shown during the COVID-19 pandemic that they speak out forcefully and collectively on issues of vaccine inequity; now is the time for similar leadership on the climate crisis, with the African Union taking a key role in coordinating continent-wide engagement ahead of COP27.

The hour is late, indeed. But with resilience and determination, I remain convinced we can set a course for the exciting and innovative world we must hurry towards: a much healthier, fairer and sustainable shared home. 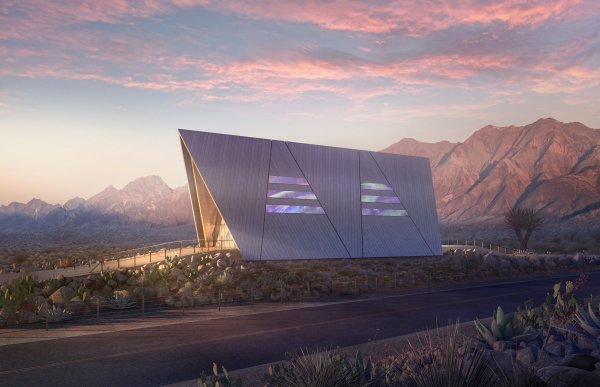 Nuclear Reactors Could Hold the Key to a Green Future
Next Up: Editor's Pick