Singles’ Day—the world’s largest annual online shopping event—will see its thirteenth iteration on Nov. 11. What began in China in 2009 with only 27 merchants has ballooned into an international bonanza featuring celebrities, livestreamed performances, and hundreds of thousands of participating retailers ranging from small businesses to top designer brands.

Market watchers view the annual “Double 11” festival, as it’s also called in China, as a barometer of consumption power in the world’s most populous nation—and going by that metric, consumption has been robust. In 2020, Alibaba and rival platform JD.com recorded a reported $115 billion in transactions over the 11-day event season, despite the onslaught of COVID-19. By comparison, marketing data firm Adobe Analytics found that online transactions at 80 of the top 100 retailers in the U.S. amounted to $9 billion on Black Friday last year, with $10.8 billion racked up on Cyber Monday.

But the credit cards of Chinese consumers may not take such a beating this year. A government crackdown on tech companies has left the main players subdued and cautious, while China’s carbon neutral pledges, as well as a campaign against social inequality, have seen conspicuous consumption fall, at least temporarily, out of political favor.

Fashion insiders are also concerned about the impact the supply chain crisis will have on the event, with European brands potentially struggling to fulfill Chinese orders. “If you have a manufacturing base in Asia, you could bypass the bottlenecks in Europe as you’re closer to the market,” a retail analyst in the U.K., Paul Martin, told the venerable British trade journal Draper’s. “But we know many products are sent from factories in China to the U.K. to be shipped to Chinese customers and supply chains are under a lot of pressure.”

At first sight, it’s business as usual. Alibaba, based in the eastern coastal city of Hangzhou, looks to be going bigger than ever with a record 290,000 brands participating. Its e-commerce platform Tmall will reportedly be offering more than 14 million deals to over 900 million people. And yet the retail giant is taking pains to avoid the promotion of unfettered consumption. Indeed, Alibaba now says the event has “an emphasis on sustainability and inclusiveness.”

Tmall will highlight energy-efficient products and issue $15.6 million in vouchers as incentives for “environmentally-friendly lifestyle” shopping. Alibaba’s logistics arm has opened up recycling stations in response to the amount of packaging waste the shopping spree generates. The Taobao shopping app, owned by Alibaba, will add a new feature to make its interface more accessible to senior citizens. A charity initiative known as “Goods for Good” will also see Alibaba donate a renminbi—the equivalent of 16 cents—every time consumers take to social media to share what they have purchased under the program, with the proceeds going to support “elderly citizens living in solitude, ‘left-behind children’ in remote areas and low-income workers.”

Read more: How China Could Change the World by Taking Meat Off the Menu

The tonal shift comes in the wake of President Xi Jinping’s “common prosperity” drive. As TIME earlier reported, the phrase was first popularized by revolutionary Mao Zedong but has now been adopted by Xi to underscore the Chinese Communist Party’s commitment to a fairer society. “Expanding the proportion of middle-income groups, increasing the incomes of low-income groups, reasonably adjusting high incomes [and] banning illegal incomes,” are the aims, according to the People’s Daily.

Xi’s pledge that China will become carbon neutral by 2060 has also made many rethink the role of an event that—according to Greenpeace—generated 52,400 tonnes of carbon dioxide in 2016, as planes and delivery vehicles raced to get goods to purchasers.

China’s leader may be fraying the nerves of business magnates with his plans, but this is the country’s way of bidding for a leadership role in the global shift towards green industries and sustainable value chains, says Emily de La Bruyere, a Chinese industrial policy expert from the U.S-think tank Foundation for Defense of Democracies.

“Beijing sees both of these as opportunities and is looking to dominate the value change at the green energy or environmental revolution, while at the same time controlling the architecture of the digital revolution,” de La Bruyere tells TIME.

The Impact of Singles Day

The same day, JD.com reported 40% more customers in the first four hours of its promotional launch compared to the first pre-sale day in 2020. Meanwhile, the COVID-19 pandemic does not appear to be derailing spending plans. A survey from Bain & Company found that slightly more than half of 3,000 Chinese consumers surveyed intend to spend more than they did last year.

Strong demand could end up a headache for manufacturers already battling the severe container backlogs and other supply-chain disruptions wrought by the pandemic. In these volatile conditions, a record-breaking Singles’ Day might be the last thing the logistics business needs.

Other experts are not so sure. “For logistics and supply chain managers, the pandemic and the subsequent robust rebound in demand has presented many with once-in-a-career challenges,” says Stephen Olson, senior fellow at the Hinrich Foundation—an organization that advocates for sustainable global trade.

“Singles Day will only intensify those challenges. There is no easy way around this.” 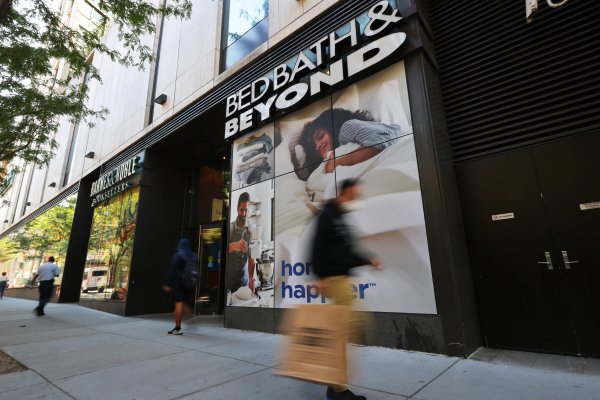