As the head of the International Energy Agency, Fatih Birol oversees research on trends that define energy markets. When Birol speaks, energy companies and policymakers around the world listen, informing decisions that determine how humans power homes, factories and cars.

This year, Birol turned the world upside down when he declared the dawn of a new world economy powered by clean energy after a century of an economy built around oil. First, in May a report from the agency said that there is no longer any need to invest in new fossil-fuel supply infrastructure; then, in October, the agency called for a tripling of global investment in clean energy and related technologies—some $4 trillion annually by 2030. “A new global energy economy is emerging,” Birol says. “Clean-energy technologies are slowly but surely going to replace the existing energy industry.”

For anyone following the details of climate policy, Birol has been a significant presence in the conversation in recent years. He has been a headliner at major gatherings, and his analysis has been widely considered authoritative. And for a long time, activists have criticized Birol and the IEA for not doing enough.

But in 2021 those complaints have all but disappeared as Birol has become one of the most persuasive speakers on the need to rapidly grow clean energy. His case for renewables is manifold. The cost of clean energy has fallen, making it cheaper than fossil fuels in many places around the globe. Deploying clean energy can also grow the economy, creating a market worth more than $1 trillion by midcentury while providing power to developing countries in the Global South. And perhaps most important, investment in renewables will simultaneously keep global temperatures from rising to unsustainable levels.

The IEA has also laid out specific clean-energy milestones; by 2050, 90% of electricity should come from renewable-energy sources.

Still, Birol knows his analysis can go only so far, and he hopes governments take COP26 as an opportunity to embed his recommendations into policy. A successful COP would send a signal to investors that clean energy is here to stay and that continued investment in fossil fuels is risky, he says—and governments can play a pivotal role in spreading the word. “We need to find different ways of supporting the right choices,” Birol says. 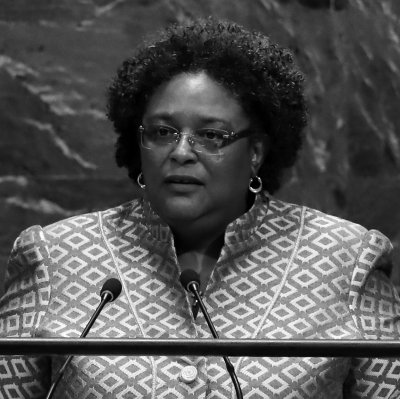 Barbados' Prime Minister Has a Message for Rich Countries
Next Up: Editor's Pick