Elizabeth Strout Knows We Can’t Escape the Past

Pulitzer Prize-winning author Elizabeth Strout often finds inspiration in the worlds she has already built and explored. In 2019, she brought readers back to Crosby, Maine with a set of interlinked stories centered around prickly retired schoolteacher Olive Kitteridge. Her latest novel, Oh William!, is a similar venture, this time focusing on Lucy Barton, the protagonist of Strout’s 2016 novel My Name Is Lucy Barton and 2017 companion novel-in-stories Anything Is Possible.

The new book, to be published Oct. 19, focuses on Lucy’s relationship with her ex-husband William, the father of her daughters, and a trip they take from New York City to Maine after discovering a shocking family secret. Throughout, Lucy, a writer, contemplates her own past and everything she thought she knew about the man who has been in her life for decades.

As with Strout’s previous works of fiction, Oh William! tackles big questions about love, loss and the meaning of humanity through the ordinary moments that comprise everyday living and growing older. TIME spoke to the author about the novel, common marital follies and trying to escape the past.

Your new book Oh, William! returns to the world of Lucy Barton. Why did you want to go back to that story?

Laura Linney played her in the stage adaptation of My Name Is Lucy Barton, a one-woman show on Broadway and in London. I was in rehearsal with her one day, and she murmured something about Lucy’s ex-husband William. All of a sudden, I thought, “Oh, William!”

The relationship between Lucy and William, two people who used to be married and now are not, is not totally definable. What was exciting to you about exploring that?

It was so interesting for me to realize the complexities. They’ve known each other for a lifetime. They were married for 20 years, and now they’ve been separated but have had contact with each other. They knew each other very well—and yet they didn’t know each other as well as they thought they did. It felt like a minefield to explore.

Is there anyone in your life who you’ve experienced that with? Someone you thought you knew, but it turned out that you didn’t know them at all?

Everybody! Well, honestly, not everybody, but a number of people. You go along for years thinking, “I know this person,” and then you find out something and are like, “Well, I didn’t know that.” You observe and listen more, and you realize they’re not quite who you thought. That’s just part of living. Everyone is filled with endless pools of unknowability.

What do you think is the biggest misconception people have around marriage?

People, especially when they’re younger, get married thinking that their lives will be so much better. And hopefully they will be. But there’s this sense that there’s a perfect way to live, and there is not. Marriage is not the finishing line that sometimes people think it is.

What’s the best advice for a happy marriage?

My daughter told me that she heard this from a friend of hers, and I thought it was pretty amazing. She said: “Look in the mirror every morning and think to yourself, ‘Well, you’re not such a great prize, either.’” That sounds a little harsh, but I take the point. We all have our difficulties. You always think the other person’s not behaving the way you want them to, but then you look at yourself and realize, well, maybe I’m not behaving the way they want me to, either.

Your books are often described as offering profound insights or incisive commentary on the human condition. But at the same time, your work has been categorized as “quiet.” What do you make of these descriptions?

Well, I’m glad if people find that I have “profound insights” into the human heart. I’m so interested in ordinary people—the people who are walking past me on the street, whether in New York or Maine. This is all I’ve ever wanted to know: What is it like to be you?

A lot of your fiction focuses on family histories. Do you think anyone can ever really escape their past?

Some people feel that they can escape it and, maybe, for a number of years, they do. But the older I grow, the more I’ve realized that it always seems to be there, for myself and for others. I don’t think it can ever be escaped totally.

In Oh, William!, Lucy often refers to her upbringing and says that growing up in poverty never leaves you. How do you approach the question of how people are shaped by their financial backgrounds?

They’re very, very much shaped by them, especially for Lucy, who really came from the bottom. Every town has a family that is ostracized because of their extreme poverty. It has a tremendous impact on a child. Lucy manages to get out of it—she goes forward. It was so interesting for me to think: What does that feel like, to come from a background like that and then to be living in New York as a successful person? Her daughters are so different from her. That’s an American story.

You said in a 2017 interview that the people you write about—white people in New England—are “almost disappearing,” and how that was fine with you. Do you still feel that way?

I do. I’ve been writing rather consistently about a certain kind of white person, particularly in New England, until Lucy Barton, but even Lucy has her roots. Her people were the ones who moved from New England to the Midwest. I’m writing about these white people who came here back in the day, and yes, I think their time is and should be moving on. I’m recording it hopefully as it’s going away—because we need to make room for others. 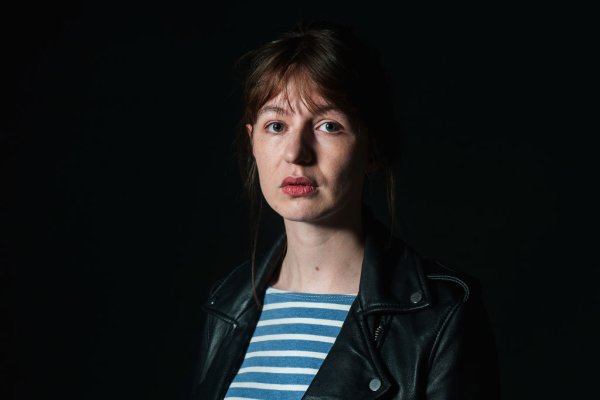 Sally Rooney Explains Her Position Amid Israel Boycott Row
Next Up: Editor's Pick