More than 10 years have passed since Elizabeth Strout introduced the world to retired teacher Olive Kitteridge, a character who is at once frank, frightening and full of wisdom, often in a single breath. Now, Strout brings her beloved protagonist back in Olive, Again, a follow-up to her Pulitzer Prize–winning 2008 novel-in-stories. The new book is a nostalgic return to Crosby, Maine, where Olive continues to poke around in the lives of her fellow townspeople.

The 13 interlinked stories in Olive, Again embrace both new and familiar characters navigating the struggles that arise in everyday life. Olive finagles her way into each chapter with her distinct, outsize presence–whether she’s a central player in the action (as when she unexpectedly delivers a baby) or a scene-stealing side character (grumpily ordering doughnuts at the local shop).

None of the scenarios is particularly novel: a mother facing a medical crisis fears for her family’s future. Adult brothers realize the sacrifices they’ve made in marrying very different women, who draw them apart. An estranged couple comes closer together after their daughter makes a surprising announcement. But the stories are rendered in such delicate turns that Strout is again able to portray the subtle heartbreaks that punctuate the mundanities of life. And none are more devastating than the ones Olive reckons with herself.

Growing older can be tough, but growing old is much harder. Aging and the anxieties that surround it plague Olive, who was widowed at the end of the first novel, especially as she attempts to reconnect with her adult son Christopher. Their interactions are achingly rushed, emphasizing a sense that their time together is limited. Tension only rises when Chris discovers that Olive has found love again.

While Strout fills her protagonist’s life with exchanges and interactions, she underlines a poignant sense of disappointment. As Olive is forced to reflect on the meaning of her life in old age, she’s overwhelmed by a sense of loneliness–a symptom of living that is perhaps the most crushing of all. 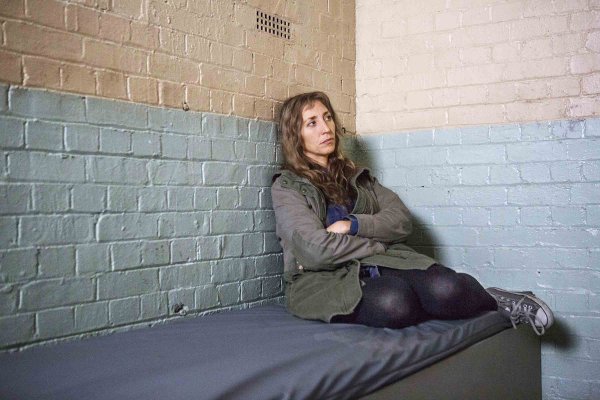 Back to Life Is the Next Must-Watch Show for Fleabag Fans
Next Up: Editor's Pick