R. Kelly Has Finally Been Silenced. Let's Keep It That Way

Demonstrators gather near the studio of singer R. Kelly to call for a boycott of his music after allegations of sexual abuse against young girls in Chicago, on Jan. 09, 2019.
Scott Olson—Getty Images
Ideas
By Kenyette Tisha Barnes
Kenyette Tisha Barnes is a co-founder of MuteRKelly

In the summer of 2017, at a neighborhood Atlanta coffee house, the #MuteRKelly movement was born. There, I met Oronike Odeleye, the woman who would later become my partner-in-mute. She, too, was heartsick over the mountain of disturbing allegations against R. Kelly (now evidence for his conviction) from the recent BuzzFeed article surrounding his predatory behavior in an Atlanta-area house.

The rumors of his despicable conduct toward young, impressionable Black and brown girls, boys and young women had circulated for decades. Activists, journalists, survivors and community members had tried repeatedly to call attention to them, but he had faced no legal consequences (he was acquitted in 2008 on charges of child pornography) and he remained popular.

Read More: dream hampton on Surviving R. Kelly, Supporting Survivors and Why She Wants a ‘Social Death’ for R. Kelly

I had been done with R. Kelly for a while. I recall demanding that R Kelly’s music never be allowed in my home, that my then teen son (he’s now 30) not be allowed to sing “I Believe I Can Fly.” I remember tossing a CD out of a speeding car when the driver thought it would be funny to play “Trapped in the Closet.” As a graduate student at Temple University, I once got off the train, approached a man selling VHS tapes on a Philadelphia street corner who had a homemade sign that read “XXX R. Kelly” and swiped those tapes to the ground.

But that summer I knew individual acts of resistance were not enough. I was especially done with the community of enablers who believed that the sexual degradation of Black girls was entertainment. That this treatment had become fodder for comedy, most notably on The Dave Chappelle Show and The Boondocks, was appalling.

Enough was enough. This was the moment. Oronike and I lived in Atlanta. R. Kelly was scheduled to perform in Atlanta. And we could not just accept that. Together with the help of some of our unsung heroes, we launched #MuteRKelly, a campaign to end his career.

What started as a modest effort to cancel his Atlanta concert (the show went on and thousands of people attended despite our protests) morphed into an international campaign involving grassroots activists, elected officials, prominent entertainers, journalists, organizations like #MeToo, TIME’S UP and the Women’s March, and more than 15 global chapters of #MuteRKelly.

#MuteRKelly was intentional: We wanted a financial boycott of Robert Sylvester Kelly. We wanted radio stations, concert venues and streaming platforms to divest of him. We wanted people to stop claiming they could separate the man from the music. We wanted to provide a global platform for survivors, activists and those who have been silenced for decades to feel seen and heard. We wanted accountability. We wanted to change the narrative for Black women and girls, to tell them that they are credible victims of sexual violence, that Black girls are to be believed, and protected, and supported.

On Sept. 27, after more than 20 years of allegations, R. Kelly was convicted of racketeering and sex trafficking. Those of us who have fought for justice for so long understand that our work is not over. We also recognize that it was a culture of adultification, misogynoir and rape culture in the entertainment industry, and in the Black community, that enabled his predatory behavior. But we can take a moment now to acknowledge that the truth finally prevailed.

We wanted his legacy to forever have an asterisk. He is no longer “The King of R&B.” He is a convicted sexual predator who can sing.

And finally he has been muted. 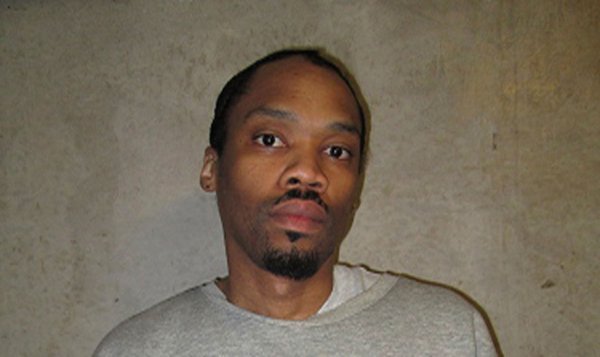 Julius Jones’ Execution Commuted: What to Know
Next Up: Editor's Pick