R. Kelly—or someone fiercely protective of his reputation—apparently doesn’t want you to see Lifetime’s new docuseries about his alleged crimes against women. On Dec. 4, a screening was evacuated following a gun threat—according to Lifetime, an anonymous caller said someone inside the theater would begin shooting if the film continued to play. Yet the incident seemed to only emboldened survivors. “They thought they were putting us out; they just put gasoline on a fire,” Kelly’s ex-wife Drea Kelly has said. A rescheduled screening went on as planned, and the six-episode series is still set to air on three consecutive nights starting Jan. 3.

Reports of sexual misconduct with minors have followed the R&B star for most of a three-decade career fueled by wholesome anthems (“I Believe I Can Fly”) as well as raunchy hits like “Ignition (Remix).” A video that appeared to show Kelly having sex with and urinating on an underage girl surfaced in 2002. Though both Kelly and the 14-year-old denied it was them, the video led to Kelly’s arrest (and eventual acquittal) on multiple counts of child pornography as his albums kept topping the pop charts. Survivors, activists and journalists—notably Jim DeRogatis, the Chicago music critic who broke the story about the tape and has been investigating Kelly since—have spent years begging fans, recording artists and his label RCA to drop him. But even DeRogatis’ recent, #MeToo-era work for BuzzFeed News, which included a report that the singer was holding several young women against their will, has failed to end R. Kelly’s career. (Kelly’s camp has denied the reports.)

Surviving R. Kelly revisits this history, but more importantly, it illuminates the faces and amplifies the voices of his many accusers. Drea Kelly describes being locked up in their home. Jovante Cunningham, a backup singer, tearfully recounts seeing him in bed with the late R&B star Aaliyah, a famous protégé he secretly married when she was just 15. Jerhonda Pace, a fan who skipped high-school classes to support Kelly at his trial, says she was moved into his mansion shortly after he was cleared. There are graphic stories (that might be difficult for survivors of sexual abuse to hear) of him preying on 13-year-olds and coercing lovers into sex with girls under the age of consent.

And then there are the young women who remain with Kelly to this day. In the series’ two harrowing final episodes, cameras follow parents as they attempt to rescue daughters they haven’t seen in years. (Onscreen text dutifully noting that Kelly has denied all criminal accusations against him and ignored producers’ repeated attempts to send him questions only heightens the queasiness of each installment.)

It shouldn’t matter what these survivors look like or how they sound, but as countless sexual misconduct trials in the court of public opinion have demonstrated, it certainly helps their cases when they meet strangers’ arbitrary criteria for credibility. The makers of Surviving R. Kelly seem keenly aware of the scrutiny these women will face as they fight for justice; each interview is conducted as carefully as a deposition, and every survivor comes across as poised, intelligent and reflective. They were talented, trusting girls who dreamed of becoming performers, who saw Kelly as a mentor and whose childhoods were cut short by sexual and psychological abuse. They had families who cared deeply about them but who now describe feeling powerless to stop the machinations of a superrich celebrity and his team of enablers.

These survivors are also all women of color, the vast majority of them black. Racial issues permeate every facet of this tragedy, and a team led by executive producer dream hampton (a veteran cultural critic best known for her work on the documentary Notorious B.I.G.: Bigger Than Life and JAY-Z’s bestselling book Decoded) dissects them in all their complexity, from Kelly’s exalted status within the African-American community to the apathy his structurally marginalized accusers have faced for decades. Although it’s odd that a figure as central as DeRogatis never appears, for the most part it feels deliberate and crucial that most of the experts hampton enlisted—psychologists who interpret Kelly’s behavior, music journalists, activists like #MeToo founder Tarana Burke, celebrities including John Legend and Wendy Williams—are black.

This may be one particular community’s story to tell. But Surviving R. Kelly ultimately implicates everyone who has ever bought an R. Kelly album, attended one of his concerts, marveled at the spectacle of his bonkers “hip hopera” Trapped in the Closet or even laughed at a late-night joke about the tape in spite of the grave accusations against him. As a culture, we have prioritized our own enjoyment over these survivors’ suffering. If we can’t take back our complicity, we can at least help their fire spread. 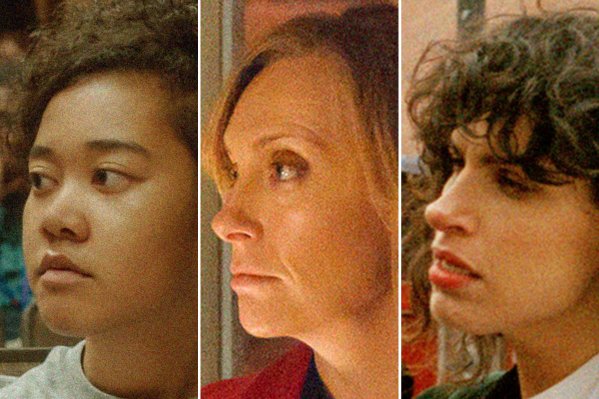 17 Overlooked 2018 TV Shows to Stream Over the Holidays
Next Up: Editor's Pick