It has been a fortnight of intense maneuvering by Washington, with the first in-person meeting of the Quad security pact and the unveiling of a new defense alliance with the U.K. and Australia. Then there was a Cold War-style prisoner exchange. It is anybody’s guess who is better off at the end of all the wrangling, but Beijing is spinning the release of Huawei CFO Meng Wanzhou as a victory.

The daughter of the telecom giant’s founder Ren Zhengfei, Meng strolled down a red carpet at Shenzhen International Airport Sunday after her arrival from Canada, where she had spent three years under house arrest, awaiting extradition to the U.S. on fraud charges. Meng, who had originally been detained on Dec. 1, 2018, told onlookers she had “finally returned to the warm embrace of the motherland.” Posts of her homecoming on Chinese social media platform Weibo were garnering over a billion views.

Over 6,000 miles away, a plane carrying two Canadians, who were arrested just nine days after Meng, touched down in Calgary to be greeted by newly reelected Prime Minister Justin Trudeau. Michael Kovrig and Michael Spavor spent more than 1,000 days in detention in China on charges of “endangering state security.” Beijing had always denied the two cases were linked, but the timing of their release fuels Western accusations that the men were bargaining chips, held to help secure Meng’s eventual release. Spavor was sentenced to 11 years in prison in August for espionage. Kovrig, a former Canadian diplomat now working for the International Crisis Group NGO, had been awaiting a verdict.

The sudden decision of both Washington and Ottawa to negotiate their release has raised fears that Beijing may be tempted to detain other nationals in response to affronts in future. It’s a concern that senior U.S. diplomats in China have long cited to TIME as reasons for not doing this type of deal. Still, there was no easy resolution to a quandary that looked set to drag on and on.

Meng was held by Canadian authorities while transiting through Vancouver International Airport at the request of the U.S. Justice Department. It accused Huawei of using a Hong Kong shell company to sell products containing American components to Iran in contravention of sanctions. Huawei maintains it sold the shell company in 2009.

She was released after agreeing to admit “material misrepresentations” about Huawei’s business in Iran as part of a plea deal. But China’s Foreign Ministry says her detention was “a political persecution against a Chinese citizen, an act designed to hobble Chinese hi-tech companies.”

In fairness, it must be said that it is extremely unusual for a top executive, rather than the corporation concerned, to be targeted in such a case. When, in 2015, Deutsche Bank was fined $258 million for violating sanctions related to Iran and Syria, no executives were detained. Nor were any prosecuted when Airbus agreed to pay a record $4 billion in penalties in a massive bribery case last year.

What the AUKUS pact means for China

On Sept, 25, hawkish Republican senator Marco Rubio called Meng’s release “just another example of the Biden Administration’s dangerously soft approach towards Beijing.” But the president had more pressing matters to deal with. That same day, the first ever meeting of the Quad security partnership—a bulwark against a rising China—saw the leaders of Japan, Australia and India gather with Biden at the White House. The meeting, in turn, came just over a week after the unveiling of the new AUKUS security alliance, in which the U.S and U.K agreed to provide Australia with the technology to build at least eight nuclear powered submarines.

That pact sees Australia joining the existing six nations—U.S., U.K, Russia, France, China and India—that already have nuclear submarines. Such craft will enable Canberra to make longer deployments around the Indo-Pacific region, where China has been boosting is presence. It is the biggest shake up to the Asia-Pacific security architecture for decades.

Australia will also acquire additional long-range strike capabilities for its defense force, including the tomahawk cruise missile for its destroyers, longer range air-to-surface missiles and long-range anti-ship missiles for fighter jets. Canberra will additionally benefit from greater sharing of intelligence and collaboration in sensitive fields including cyber warfare, AI, quantum computing, and more.

“We just cannot take for granted that nuclear submarines are armed with conventional missiles. Because these cruise missiles could be mounted with nuclear warheads if that’s what they decide. We are not so naive.”

For decades, Canberra had insisted that is could be allied with the U.S. but friends with China, upon which it depends economically. But AUKUS is a strong sign that Australia is fed up with the retaliation it has suffered since calling for an international inquiry onto the origins of the COVID-19 pandemic. Beijing has levied punitive tariffs on key Australian exports like wine, barley, coal, sugar, and timber.

“We know that China uses gray-zone activities such as trade, economics and cyber-attacks, to signal they are unhappy,” says Yun Jiang, a China expert at Australian National University and former policy adviser in the Australian Government.

A day before the announcement of AUKUS, senior officials in the U.S. and Australia also vowed to strengthen ties with Taiwan, the self-governing island that politically split from the mainland in 1949 and which China’s President Xi Jinping has vowed to regain sovereignty over—by force if necessary.

Any overtures to Taiwan will be seen as highly provocative by Beijing, but they are another sign of the regional shift in Washington’s geopolitical strategy. In a White House speech Sept. 1, Biden went so far as to justify the withdrawal from Afghanistan as a move to help the U.S. refocus on “a serious competition with China.”

“The ‘forever war’ in Afghanistan is over, but the ‘forever competition’ [with China] has started,” says Senior Col. Zhou. “And I call it that because it will certainly last longer than 20 years.” 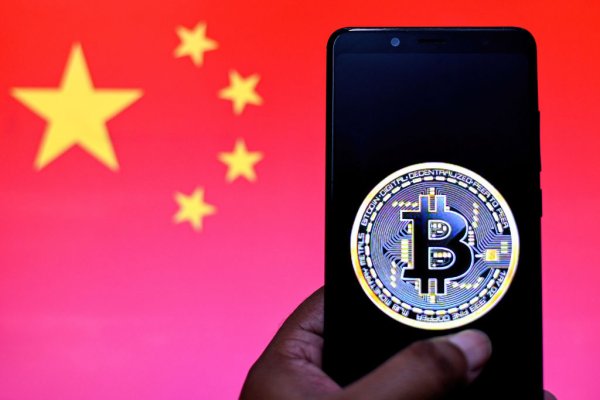 China Says All Crypto Transactions Are Illegal
Next Up: Editor's Pick