Quad is Key to Biden's Strategy in Asia, But the Four-Way Alliance Is Ambiguous and Contradictory

This week one year ago, the coronavirus scare was spreading across the world and the U.S. imposed sweeping travel restrictions—but one small team of South Korean officials was quietly granted a waiver to visit Los Angeles for a scheduled meeting with their American counterparts. There was too much riding on this meeting for it to be disrupted by even a once-in-a-century pandemic.

President Donald Trump had been demanding that South Korea shell out 400 percent more toward the cost of stationing 28,500 U.S. military personnel there. Astounded, Seoul agreed to increase its share of the expenses—but by 13 percent at best. Trump retaliated with threats to cut back troops and furloughed 4,000 South Korean workers on U.S. bases. With no end to the bickering in sight, the Los Angeles meeting offered the last chance to meet the deadline set by the two sides to negotiate a deal before the Korean elections in April 2020.

South Korea was not the only one at the receiving end of what foreign policy pundits charitably characterized as Trump’s “transactional” diplomacy. He was also demanding Japan quadruple its contribution for the 55,000 U.S. troops stationed in that country—to $8 billion a year. “This is a good time to be asking for the money,” the president was quoted as saying. Never before had America’s oldest Asian allies been made to look like they were in a protection racket rather than a military alliance.

These are the sorts of wounds that Joe Biden has to salve as the new president reaches out to Asia. The administration’s priority to win back allies is evident. Last week, within two months of taking over, it struck a preliminary deal to share defense costs with South Korea, after making a similar deal with Japan in February. Secretary of State Antony Blinken and Defense Secretary Lloyd Austin are to formalize these two low-key agreements on their tours of Seoul and Tokyo this week. Following the successful resolution of the dispute, Japanese Prime Minister Yoshihide Suga will fly out to the U.S. early next month to meet Biden, the first world leader to be received by him after becoming president.

The clarity with which Biden is mending fences with traditional allies is commendable. But the same can’t be said of the fancy new Asian mega alliance touted as the centerpiece of his Asia play. Biden has cemented an informal grouping of four maritime democracies in the Indo-Pacific region. After over a decade of dithering, the leaders of the U.S., Australia, Japan and India summitted for the first time—albeit virtually—as a strategic bloc last week. The so-called Quadrilateral Security Dialogue, or Quad, is supposedly an Asian Nato that will act as a bulwark against a rising and assertive China. But its confusing alliance logic, foundational contradictions and deliberate ambiguity make it more like that king of multilateral duds, BRICS (Brazil, Russia, India, China and South Africa)—a grouping of nations with nothing in common besides an acronym plucked out of a Goldman Sachs report.

The hype aside, Quad in reality bears no resemblance to Nato. The latter represented a grand strategy of culturally similar Western nations with a mutual history of trust and cooperation forged through conflicts and crises. Nato countries equally shared a perception of Moscow as a threat, resulting in a clear strategy of countering and containing the Soviet Union. Zero commercial entanglement between Nato and the insular Soviet bloc made the goal of containment an uncomplicated exercise.

Contrast that with Quad, or even the broader Indo-Pacific region, where all countries share critical economic interdependence with China. China is Japan’s largest export market and trading partner, representing more than a fifth of Japan’s total trade. China is also the largest trading partner of Australia, accounting for about 30 percent of Australia’s trade with the world. Nearly 40 per cent of Australian goods exports go to China, which in turn supplies 27 percent of all goods imported into Australia. Even for India, which has a live boundary dispute with China that flared up in a bloody conflict in the Himalayas last year, China is the largest trading partner. Total imports from China are more than India’s combined purchases from the U.S. and the U.A.E., its second and third largest trade partners.

Intertwined economic interests, along with the risk of a Chinese blowback to perceived encirclement, meant Quad never quite took off after it was established in 2004 as an ad hoc group to deal with the devastation of the Boxing Day tsunami. Championed by Japanese leader Shinzo Abe, it had its first meeting in 2007 as an informal strategic group. The on-again, off-again Quad was revived by the Trump administration in 2017, after a decade in cold storage, as tensions between China and its neighbors mounted. But the old hesitancy lingers.

A joint statement was issued after the members met last Friday but it made no mention of China—the very reason why the group supposedly exists. A joint op-ed issued by the four leaders similarly danced around the inconvenient topic of China, focusing instead on COVID-19, vaccines, climate change and assorted generalities such as “challenges presented by new technologies.”

This week, while visiting Tokyo, Secretary Bilken warned China against using “coercion and aggression.” But the U.S. is an exception. Other Quad members avoid attacking China directly, or even naming it as an adversary, lest it offends Beijing. As a group, they take pains to make the point—unconvincingly—that Quad is not aimed at any one state. They use phrases like “rules-based regional order” and “shared challenges” as codes to refer to China. But it begs the question of how one tackles a problem if it can’t even be plainly identified or isn’t pressing enough to rally against unequivocally. It is also not clear why countries like Vietnam, the Philippines and Indonesia have stayed away from Quad if a united front against a domineering China is really the need of the hour for Asia.

Unclear too is the emphasis on “democratic values” as Quad’s binding ethos. Using democracy as the basis for alliance in one region sits at odds with America’s partnerships in other parts of the world, notably the Middle East. The Quad summit, which came close on the heels of a considered decision by Biden not to order action against Saudi Crown Prince Mohammed bin Salman for his murderous ways, only highlighted this duality.

The contradictions don’t end there. Even within the Indo-Pacific region, well-entrenched democracies like South Korea and New Zealand are outside Quad. India, on the other hand, is a key member because its blue-water naval capacity outweighs its increasingly shallow democratic credentials. Assaults on civil liberties, political rights and minorities have increased noticeably in recent years under the watch of Prime Minister Narendra Modi’s Hindu nationalist government. Only a day before the Quad summit, Sweden’s V-Dem Institute, which tracks rights and democracies worldwide, declared in its latest report that India had turned into an “electoral autocracy”. Earlier in the month, US-based non-profit Freedom House downgraded India from a free democracy to a “partly free” country. The presence of a country with rapidly shrinking freedoms doesn’t do credit to a bloc supposedly founded on democratic values and demanding a “free, open and inclusive Indo-Pacific.”

How an ill-defined intergovernmental grouping with credibility issues and devoid of a clear mandate is perceived by the Chinese will become evident as National Security Adviser Jake Sullivan and Secretary Blinken meet their Chinese counterparts Yang Jiechi and Foreign Minister Wang Yi this week in Anchorage, Alaska for a new round of formal talks between the two estranged powers. Quad may give the Biden Administration a strong hand in the negotiations—if Beijing accepts the alliance as proof of Washington’s ability to still lead in Asia. But beyond that, it’s difficult to see how the quadrilateral is square with Asia’s needs. 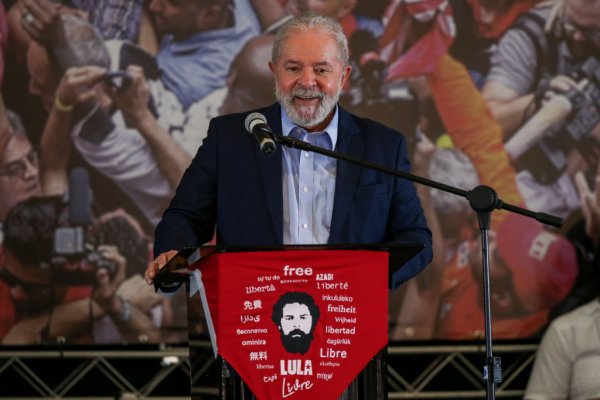 What Happens Next in Brazil Now that Lula Has Returned
Next Up: Editor's Pick