The Retreat from Afghanistan Has Made America's Allies Nervous. None More So Than Taiwan

On Sept. 1, Afghans woke up to a nation without an American presence for the first time in two decades—a situation that most have never known, given that the median age of the nation is just 18 years.

As Taliban combatants picked through the spoils of victory, America’s friends around the globe were left to ruminate on what those jettisoned Black Hawks, Humvees, and fighter jets signified for their own dependence on Washington—perhaps none more so than Taiwan.

Over recent months, it has borne the brunt of increasingly aggressive behavior from Beijing, which considers the self-governing island a breakaway province to be eventually reunited with the mainland—by force if necessary. In July, Chinese strongman President Xi Jinping used the centenary of the Chinese Communist Party to reassert his commitment to bring Taiwan back into the fold and “smash” any notion of Taiwanese independence.

Taiwanese politicians of all stripes have acknowledged that the U.S. withdrawal from Afghanistan is a wake-up call. Pro-China voices are urging better relations with Beijing; China skeptics are calling for greater self-reliance in defense. Beijing is meanwhile growing in confidence: anti-China protesters in semi-autonomous Hong Kong have been brought to heel and, following Washington’s latest humiliation, Chinese state media is now dismissing Taiwan’s chief protector as a “paper tiger.”

“Taiwan’s only option is to make itself stronger, more united and more determined to protect itself,” Taiwan’s U.S.-educated President Tsai Ing-wen wrote in a Facebook post on Aug. 18, three days after the Taliban took Kabul. “Relying solely on the protection of others is not an option for us.”

Read more: Will China Fare Any Better Than the U.S. in Afghanistan?

Other nations also see the writing on the wall. Japan’s annual regional security review cited a “greater sense of crisis than ever before” about Taiwan. In June, Gen. Mark Milley, Chairman of the Joint Chiefs of Staff, told Congress that China wants the ability to invade and hold Taiwan within the next six years (though he didn’t believe Beijing had any immediate intent.)

China’s military is now the world’s second largest after the U.S., with defense spending soaring 76% over the last decade to $252 billion last year, according to data from the Stockholm International Peace Research Institute.

The Chinese navy has been upgraded into a full-scale, blue water force capable of operating in all the world’s major oceans, currently with two aircraft carriers but there are plans to deploy up to six more. In recent months, Beijing has ramped up live fire drills and naval and air sorties around Taiwan.

Of course, Beijing and Taipei have many reasons to avoid war, given the lives that hang in the balance and undoubted economic devastation. Yet the propaganda and strategic benefits to Beijing of sustaining the pressure are undeniable.

“At this point, China is looking to resolve [the Taiwan] issue,” says Oriana Skylar Mastro, a China specialist at Stanford University’s Freeman Spogli Institute for International Studies. “Peaceful reunification has not been working; the only option is armed reunification. And now the question is: can they do this successfully?”

In the case of conflict, China’s best chance of success would be a quick knockout before the U.S. can rally to Taiwan’s aid. An initial cyber and electronic blitzkrieg could be mounted against Taiwan’s financial system and key infrastructure, as well as U.S. military communications. Meanwhile, Chinese ships and aircraft could blockade Taiwan’s coast to cut off supplies of fuel and food.

Targeted Chinese airstrikes would aim to decapitate Taiwan’s top political and military leadership and destroy defensive positions. PLA warships and submarines could set off across the 80-mile Taiwan Strait carrying an invasion force, seizing outlying islands and neutralizing their defenses as they progressed. Thousands of paratroopers could augment the offensive from the air.

A white paper on the capabilities of the People’s Liberation Army, presented to Taiwan lawmakers Aug. 31, conceded that China’s electronic warfare arsenal could “paralyze Taiwan’s air defenses, command of the sea and counterattacking systems.”

However, Taipei has lived under the specter of a Chinese invasion for over half a century and a Chinese victory is not a fait accompli. Eastern Taiwan’s terrain is mountainous, and many of the 100-plus islands that make up Taiwan are riddled with tunnels, bunkers and artillery.

Strategists say Taiwan only has 14 beaches suitable for an amphibious landing, and most of these are heavily defended and hemmed by steep cliffs. There are also thousands of anti-aircraft guns, surface-to-air missiles, and mobile missile batteries capable of avoiding detection, that could inflict heavy losses on any invasion force.

Taiwan meanwhile has 175,000 full-time soldiers and more than a million reservists ready to resist an occupation. China’s military numbers over two million but getting these to the island is no easy task. The troops from neither side are battle ready (China has not fought a war since 1979) but as Afghanistan has consistently shown, the side that is defending its homeland has the morale required for a sustained campaign.

Aged anti-landing barricades are positioned on a beach facing China on the Taiwanese island of Kinmen which, at points lies only a few miles from China, on April 19, 2018 in Kinmen, Taiwan.
Carl Court/Getty Images

Would the U.S. defend Taiwan?

Washington signed a mutual defense treaty with Taiwan in 1954, and under its terms, the U.S. Navy came to the island’s aid during the Taiwan Strait Crises of the 1950s—fortunately resulting in little bloodshed. Although the U.S. scrapped the treaty in 1979, when establishing diplomatic ties with Beijing, Congress passed the Taiwan Relations Act that same year, authorizing American weapons sales to the island in order to “maintain a sufficient self-defense capability.” President BIll Clinton also sent carrier battle groups close to Taiwanese waters in the late 1990s, in response to missile tests conducted by Beijing.

On Capitol Hill, political support for Taiwan remains strong to this day, especially given the deterioration in relations with China in recent years. Many Americans also see the costs of deserting Taiwan to be incalculably worse than those incurred in the retreat from Kabul, claiming that it could fundamentally reshape global security.

Such a view is articulated by Ray Dalio, the billionaire hedge fund founder and frequent commentator on geopolitics. Writing in a blog post last September, he argued that any American failure to defend Taiwan would be analogous to Britain’s inability to regain control of the Suez Canal in 1956—a humiliation that portended the disintegration of the British Empire and switch from the pound to the dollar as global reserve currency.

“Even though the United States fighting to defend Taiwan would seem to be illogical (e.g., if there is a 70% chance of the U.S. losing), not fighting a Chinese attack on Taiwan would be a big loss of stature and power over other countries who won’t support the U.S. if it doesn’t fight and win for its allies,” he wrote.

These high-stakes scenarios also increase the rewards for Beijing, were it able to pull off a quick victory. Xi has made no secret his desire to see China at the “centre stage of the world.” Taiwan could be the stepping stone.

“Taiwan could be about something very different—a much higher degree of autonomy and hegemony not only in the East and South China Seas, but beyond the Pacific, into the Indian Ocean, to the Horn of Africa and all the strategic choke points.”

Those prospects mean that the Taiwan issue is both a potentially huge strategic headache for Washington, and one that Beijing must handle with extreme caution. For China, “the focus here is not that the United States abandoned Afghanistan, but that the United States was in Afghanistan for 20 years,” says Mastro. “Afghanistan is strategically irrelevant, especially compared to Taiwan. So what does that mean for U.S. willingness to fight for Taiwan?” 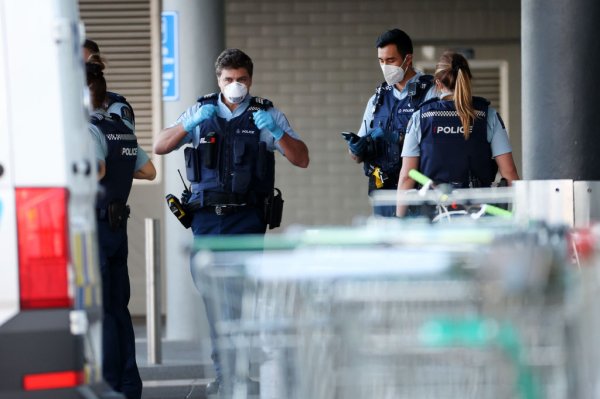