Why We New Orleanians Keep Coming Back After Every Storm

A group of people walk through the French District during Hurricane Ida in New Orleans on Aug. 29, 2021.
Brandon Bell—Getty Images
Ideas
By Maurice Carlos Ruffin
Ruffin is the author of the new story collection, The Ones Who Don't Say They Love You, and the novel, We Cast A Shadow

The hardest part is deciding what to leave behind. I’ll need money and clothes, but not the gorgeous red blues guitar hanging on the wall. The guitar was a present, but it would dominate the back seat of my Volkswagen sedan, which has wobbly tires, a full trunk and 100,000 miles on the odometer.

For what it’s worth, the decision to leave on the Saturday before the storm was scheduled to arrive wasn’t taken lightly. I’ve lived in New Orleans my whole life. Storms are the price we pay for living in one of the most vivacious cities that ever was. I love New Orleans.

We locals have a mental toughness that is perfectly reasonable and appropriate. We hardly notice tropical storms or Category 1 hurricanes. Many of our homes were built in the early 20th century. They’re designed for the extremes of wind and water we often see.

But the meteorologists say the latest hurricane, Ida, which sounds like the name of a beloved great aunt, is the kind of storm we should be expecting in the future, one that gets stronger faster. A Category 2 storm is cause for concern. The power might go out. A tree might fall through your roof. The former is a challenge. The latter, rare, but potentially deadly. By the Friday before the storm’s landfall in Louisiana, it was estimated Ida could attain Category 3 strength. For reference, that’s what Hurricane Katrina was when it struck New Orleans. Our federally funded floodwalls failed. The majority of the city flooded, altering the course of countless lives.

In one timeline, I ride out Hurricane Ida. I stay home with my generator, candles, and fans. I read. I worry. My mother would be in her apartment on the other side of the Mississippi River. She would be out of power. The canal next to the boulevard leading to her apartment floods. I can’t check on her. But in real life on Saturday morning, I swing by her place, load up the remaining space in the car, and leave town bound for Georgia.

We had the kinds of conversations people have when they care about each other and everything is up in the air. We talk about family. Our history and choices. Our loves.

Mama was a child for Hurricanes Betsy in the 1960s. That storm flooded the family home. But the 70s were quiet. So were the 80s. We had near misses in the 90s and a few in the early aughts. But in my adulthood, she says, the storms are different. They linger. They rage. They decimate.

On Sunday, Hurricane Ida blossoms into a Category 4 storm. This is misleading because Ida is only a few miles per hour shy of being classified at the highest level: Category 5. And there are gusts of up to 176 mph. Ida is tied for second place as having the strongest sustained winds to ever hit Louisiana. Only Katrina had more furious winds.

There’s something dystopian about running from one of the strongest storms of your life, during the fourth wave of a pandemic, while sections of the western U.S. burn.

Credit is due to the federal floodwalls that held up this time. The city did not flood. New Orleans didn’t drown again this time. But it is sweltering. Many people couldn’t afford to leave. In Hurricane Katrina, there were public shelters and then mass evacuations. That doesn’t seem to be the case this time. So untold numbers of New Orleanians are stuck in a hot southern city with little access to food, water, ice, medicine, or comfort. Meanwhile, many thousands of people are exiled across the country longing to return. Both groups of people need help.

Read more: U.S. Civil Engineers Bent the Rules to Give New Orleans Extra Protection from Hurricanes. Those Adjustments Might Have Saved the City During Ida

New Orleans is dark right now. With no power, it must look like a black hole when viewed by satellite at night. But this won’t last forever.

New Orleans’ true name is Phoenix. The city will rise again and again as long as there are people who love it. Today there are many people who love it. But I hope that in a world of increasing climate change that we are able to continue adapting to the challenges of the ferocious storms yet to come. I hope we maintain the floodwalls, strengthen the critical infrastructure, and protect the lives of the people who give the city its unmistakable flavor. And I hope we heal our only Earth. Do it for the people. Do it for the culture. Do it for New Orleans. 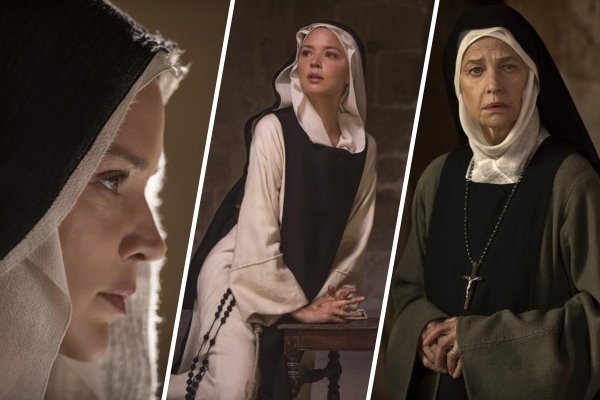 Why Nun Stories Are About to Become Your Next Pop-Culture Obsession
Next Up: Editor's Pick