How to Help People Impacted by Hurricane Ida

More than a million people across Louisiana and Mississippi, including much of New Orleans, remained without power on Tuesday morning after Hurricane Ida tore across the coastal states on Sunday into Monday.

By Monday afternoon, it was clear that New Orleans’ levees would hold, sparing the city the worst of the devastating flooding experienced when Hurricane Katrina hit exactly 16 years ago. But the damage from the Category 4 Hurricane Ida—one of the most powerful storms to ever hit the region—has been extensive. At least four people have died and ten people have been injured by the storm; on Monday, Louisiana Gov. John Bel Edwards said the death toll could grow “considerably.”

Emergency response teams have fanned out across coastal communities suffering from the dangerous storm surge and subsequent flooding, rescuing hundreds of people. Thousands more remained in shelters, and in addition to the widespread power outages, more than 300,000 people were without water as of Monday, officials said.

Officials say the damage to Louisiana’s power grid is so extensive that it could be weeks before electricity is fully restored. Portions of southeast Louisiana and Mississippi now face a heat advisory until 5 p.m. CT on Wednesday, and the National Weather Service warms heat index values could reach up to 105 degrees.

Here are some ways to help.

The city of New Orleans said on its website that it is unable to accept any resource donations right now, but recommended people donate money to the United Way of Southeast Louisiana, which it described as being in the city “before, during, and after disasters.” All proceeds will go to immediate relief efforts.

The city of New Orleans also recommended donating to the Greater New Orleans Foundation (GNOF)’s Disaster Response & Restoration Fund, which mobilizes and supports other community organizations that are active in the wake of disasters.

A non-profit dedicated to climate justice, water management and disaster readiness and response, Imagine Water Works leads a Mutual Aid Response Network that activates during natural and manmade disasters. All donations to the fund will support relief and recovery efforts in the wake of Hurricane Ida, as well as preparation for future storms as the hurricane season continues.

They also have a 2021 hurricane season prep guide and a map of community power stations where people can go to charge their devices.

Founded in the wake of Hurricane Harvey, the disaster response group is headed to Louisiana with a collection of volunteers to help with search and rescue. They accept monetary donations.

The Partnership for Inclusive Disaster Strategies

The non-profit runs a hotline that responds to disabled people who have been impacted by natural disasters and connects them to resources on the ground. The hotline has been running throughout Hurricane Ida.

The global health and humanitarian relief organization is sending teams to distribute hygiene supplies to families in need, including N95 masks, amid Louisiana’s surge in COVID-19 cases. They’re collecting monetary donations to fund the effort.

The non-profit founded by chef José Andrés provides meals for communities in the wake of natural disasters, and is on the ground in New Orleans helping feed people in need.

In partnership with The Weather Channel, GoFundMe has gathered a collection of verified funds that will go directly to helping people recover from the destruction of the storm.

Save the Children has launched a Hurricane Ida Children’s Relief Fund that will go towards providing essential items to families impacted by the storms.

To help pets impacted by the storm, you can donate to the Humane Society Disaster Relief fund, which helps animals affected by natural disasters.

The Christian Texas-based humanitarian aid organization is sending trucks of supplies to Louisiana.

The Christian charitable organization is on the ground and offering services to survivors and first responders.

Another Gulf is Possible Collaborative

The racial justice-focused collaborative of cultural centers along the gulf region—spanning from Texas to Florida—is collecting and distributing supplies to indigenous, Black and brown people impacted by the storm. They also accept monetary donations.

Founded in the wake of Hurricane Katrina, the non-profit helps rescue people who are stranded and helps deliver critical supplies. They’re looking for donations of supplies, monetary donations, and are accepting volunteers.

YouTubers known as KRV TV have partnered with the non-profit iBarnes to collect essential supplies. The drive will run through Sept. 12.

The national network of disaster relief organizations is looking for volunteers to help with relief efforts. You can sign up here. (They’re also accepting virtual volunteers.)

An arm of New Orleans’ emergency response, NOLA Ready is looking for volunteers to help sort through donations of supplies.

The non-profit works to improve the quality of life of low-income homeowners, and has completed over 650 home repairs since Katrina hit in 2005. They’re accepting volunteers and monetary donations.

The veteran-led disaster response organization is on the ground in Louisiana and Mississippi, and takes volunteers and donations.

The United Way of Southwest Louisiana

In addition to monetary donations, the United Way of Southwest Louisiana is also looking for volunteers to help the community in the midst of an emergency.

The United Way of South Mississippi

The United Way of South Mississippi is also looking for volunteers and donations.

Know of other organizations that should be on this list? Email madeleine.carlisle@time.com. 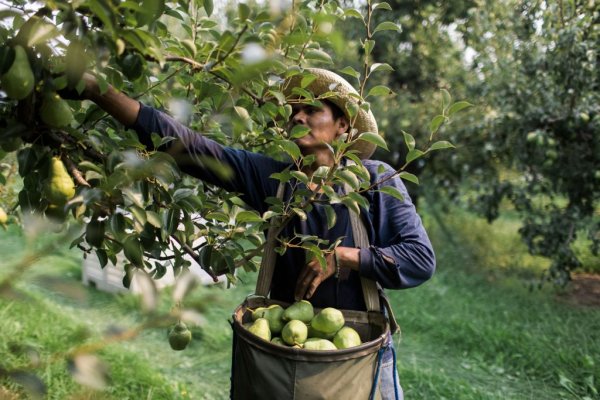 How Extreme Heat Hurts Jobs and the Economy
Next Up: Editor's Pick