New Orleans Tells the Story of Resilience After Disaster

Ten years ago last week, teachers in schools across New Orleans were prepping their classrooms in anticipation of the first day of school. The New Orleans Saints faced off against the Atlantic Seahawks in their first pre-season matchup at the Superdome. The Prince Hall Shriners, the fraternal and charitable group best known for buzzing around in little cars during Mardi Gras, donned their clown garb and makeup at their annual convention. It was business as usual for the city, a city that in more ways than not, was like any other global city at the time: a web of complex systems and interrelated challenges built up over decades.

Within days, that world had changed. Not just for the city of New Orleans, but for cities everywhere. Today, crisis has become the new normal for cities, due to the volatile mix of 21st century trends of globalization, urbanization, and climate change. And, no, cities can’t hide from the reality that what happened in New Orleans could happen to them. It might be a flood or a storm. Or a wild fire, a tornado, or a protest turned violent. In this era marked by disruption, we must reimagine our cities, plan differently, and make choices in a more integrated way in order to build resilience to these threats.

Resilience is the capacity of cities and the physical, social, and economic systems within them to survive, adapt, and grow no matter what kinds of chronic stresses and acute shocks they experience. Resilience is just as much about planning and preparing as it is responding and reacting.

No city knows this better than New Orleans. But the story of New Orleans after Hurricane Katrina wasn’t just about a failure of the levee system. It was also the other problems the storm floated to the surface: a lack of jobs, racial divisions, poor leadership, poor public education—the same fault lines that have caused trembling in places like Baltimore and Ferguson, Mo., over the last several months.

Today, thousands are flocking to a renewed New Orleans. Why? Because the city is rebuilding in a more resilient and more inclusive, integrated way—especially for communities historically denied opportunity. In the last several years, New Orleans has transformed its public education system, diversified its economy and reimagined its neighborhoods, with transformative results—yielding what we call resilience dividends, those benefits which pay off in the good times, while reducing vulnerabilities in bad times. A city once brought to its knees, is rising again, stronger than before.

New Orleans still has a lot of work to do, including solving for its high unemployment among African American men—about 52%— and bringing down still-high crime rates. But the resilience-building process they have undertaken significantly increases the likelihood of success.

It’s not only the city of New Orleans that has transformed over the last decade. We are seeing a broader shift in this country’s overall approach to disasters, from one of reaction and response to one of planning and preparation. For example, President Obama’s National Disaster Resilience Competition is awarding $1 billion to communities that have been impacted by disasters in recent years to help them better prepare for the future. The Rockefeller Foundation is providing training and expertise to help these communities submit strong proposals that incorporate resilience planning.

While federal agencies are promoting more resilient approaches, it is cities like New Orleans, and others of all sizes, that are leading on implementing these solutions. The City Council in the town of Moore, Oklahoma, the site of a deadly tornado in 2013, just approved the formation of a Resiliency Department to integrate disaster teams into every city agency to ensure all departments are working together to prepare for the next crisis.

In Boston, Mayor Martin J. Walsh has committed to infusing resilience thinking into all aspects of city planning, with a focus on addressing socio-economic inequity, a lack of affordable housing, and unemployment.

And 20 years after a heatwave killed 700 people in Chicago, Chicago and other U.S. cities are both mitigating heat emergencies by planting more trees and green roofs, and taking steps to build more community cohesion in poorer neighborhoods, which was proven to differentially save lives in the Chicago heatwave.

These are just a few examples of how cities are preparing for—rather than reacting to—the social, economic, and physical threats of the 21st century world.

But more must be done to ensure all cities can manage the unavoidable and avoid the unmanageable, while creating jobs, economic development, and greater social cohesion with the same investments. How else will the United States be able to afford its ever-growing, post-disaster recovery bills? How else will cities like New Orleans, New York or Miami change their approach from fighting water to living with water? They can’t. Building resilience offers a way out.

Judith Rodin is the president of The Rockefeller Foundation and the author of The Resilience Dividend: Being Strong in a World Where Things Go Wrong. 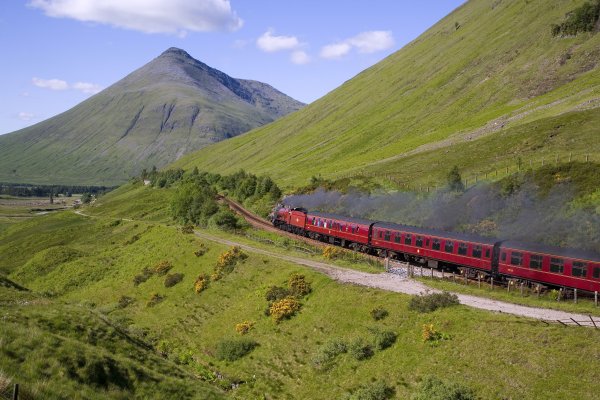 Here Are the Best #BackToHogwarts Tweets
Next Up: Editor's Pick