Love May Be Time’s Fool in Fates and Furies

Lauren Groff’s new novel, Fates and Furies, should be read with both eagerness and caution. Sentence by sentence, this novel, like her others, is a thoroughbred. Measured by its narrative tricks, however, it is a Trojan horse. Groff’s story of a marriage in which neither partner truly understands the other uses a sophisticated technique to tell its simple story, subverting our expectations with a two-voice counterpoint as meaningful as it is dazzling.

The novel depicts the 24-year marriage of Lotto and Mathilde. Lotto, blessed with looks and smarts, seems only to win at life (the exception being a dead father, but even he did the favor of leaving Lotto a flush trust). He wants to be an actor, to play Hamlet on Broadway, but the reader can sense he lacks the requisite self-doubt. His wife Mathilde seems endlessly supportive of his ambitions, a sounding board and helpmate as Lotto achieves renown as a playwright. Maybe that’s the spryness of a young relationship: they wed at 22 after a brief courtship.

The next few years see Lotto and Mathilde’s rise to prominence through the early part of this century–a rise that tops out about halfway into the book’s 390 pages. Readers may suspect by this point that the novel’s most innovative device will be a Greek chorus to comment in brackets on Lotto and Mathilde’s lives: Lotto thanks the gods for his “glibness,” and the voices tell us, “[Nothing to do with it].” But Groff, beginning a second perspective halfway through, has a more radical vision.

The first half, “Fates,” is mostly about pleasant emotions and good fortune; “Furies” begins with a young Mathilde getting harassed by young men and beaming with pride. Until now, Groff has kept Mathilde almost boringly beige. Once we’re allowed into her mind, once we understand the kind of trauma that might drive a person to neediness, or to rage and vengeance, the first half becomes far darker.

Yes, there’s a certain narrative pleasure in seeing two views of one marriage click together. But the enjoyment can’t help giving way to a certain sadness: that two people who share a life may ultimately be blind to each other. And willfully, at that.

This isn’t Groff’s first look at time’s passage, and the shock a new perspective introduces. Her previous novel, Arcadia (2012), seems like a story of hippie life at a 1970s commune, until it zooms into the future to prove that utopia may have its problems but dystopia is worse.

The revelations here are more personal, though. When one of Lotto’s actors tells Mathilde that the troupe calls her “the Dragon Wife,” it surprises her, and us. Mathilde has not quite understood the effect her spousal devotion has on everyone else. Her tight grip is informed by her past, about which Lotto knows blissfully little. But even her commitment to their marriage can’t calm her inner turmoil.

A marriage is often the endpoint of a comedy. From Pride and Prejudice to Sex and the City, the “marriage plot” brings couples together after a series of obstacles to share a happily ever after. In Fates and Furies, though, the spectral gods know better–and, eventually, so do we.

That’s the final twist of Fates and Furies: amid the pain, there’s something abidingly lovely about this story, something beyond the virtuosic prose that makes a partner’s unknowability bearable. Maybe it’s that despite Mathilde and Lotto’s wild divergences, there is an underlying assurance that life isn’t actually made up of big things, or knowable things, or the past. Groff shows us how “silent intimacies”–like the delivery of a cup of coffee in the morning–can turn a tale of disaffection, in the end, into a love story. 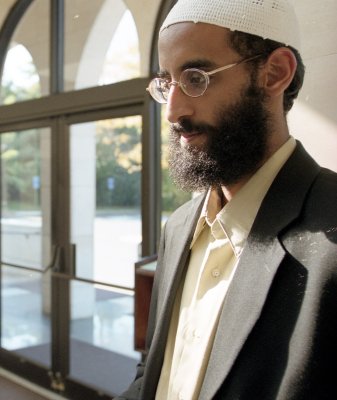 Inside the Killing of An American Terrorist
Next Up: Editor's Pick