Hawaii Is Riding Out the COVID-19 Storm. But Geographic Isolation Isn't the Blessing it May Seem

When Hawaii’s coronavirus infections were rising in late August, Honolulu Mayor Kirk Caldwell visited doctors in the COVID-19 ward of The Queen’s Medical Center, the state’s largest hospital. “I could see it in their faces and in their eyes,” Caldwell says. “The concern and fear they had that, by the following week, if things didn’t change, they were not going to be able to care for people, that they were going to have to put them in tents outside.”

It was a crisis that leaders in the 50th state hoped they would never face. Between March and May, when a stay-at-home order was in place, Hawaii was averaging only a couple of new cases every day. But as some restrictions were lifted in June, resulting in a patchwork of state and local rules, the numbers soon began inching up. By late July, Hawaii was metaphorically ablaze, with the bulk of cases centered on Oahu, home to two-thirds of the state’s population. The island logged 119 new cases on July 30; by mid-August, it was averaging over 200 a day.

Four days after his hospital visit, with more than 350 people hospitalized for COVID-19 symptoms on his island, Caldwell issued a second lockdown order with the blessing of Hawaii’s governor, David Ige. “Our hospital administrators had informed us if we [didn’t] do something, that they would become overwhelmed,” says Ige.

Three months later, it seems Hawaii’s response may have worked. As a new, deadly wave of coronavirus infections sweeps across the U.S., Hawaii is one of the only states in the country experiencing a relative reprieve. It reported 113 new cases on Nov. 23, according to data from Johns Hopkins University, slightly more than its weekly average of 106 daily new cases; only Vermont reported fewer cases that day.

Hawaii, the 40th most populous state, has a low case count even when adjusting for population—as of Nov. 23, it has a weekly average of 7 cases per 100,000 residents, the lowest in the country (by comparison, the highest per-capita figures belong to North Dakota at 160 and Wyoming at 154). Infection levels in Hawaii have stayed relatively steady since mid-September, while nearly every other state has experienced an increase. It remains to be seen whether a slight uptick in recent days could be the start of a new upward trend, however.

How has Hawaii so far avoided another major COVID-19 surge? The clearest reason is apparent on any world map. “Geography, it’s so obvious, yet it plays such a big role,” says Thomas Lee, an assistant professor of epidemiology at the University of Hawai‘i at Mānoa and co-chair of the Hawaiʻi Pandemic Applied Modeling Work Group; he also served as the lead outbreak modeler and forecaster for the Hawaii Emergency Management Agency this spring.

For Hawaii, the Pacific Ocean has helped serve as the world’s biggest moat. Travelers arriving there by plane—essentially the only means of reaching the state, with cruise lines shuttered—have since March been required to self-quarantine for two weeks (though since mid-October, visitors can avoid isolation if they test negative within 72 hours of arrival). While the rules may have kept visitors from seeding new infection clusters, they have also devastated Hawaii’s tourism sector, which accounts for nearly a quarter of its economic activity.

Some Hawaii leaders still don’t think they’re doing enough to prevent infections—part of a broader split among Hawaii residents over whether and how to welcome visitors back during a pandemic. Derek Kawakami, mayor of Kauai County, says new infections on his islands are related to the reopening of travel from the continental U.S. He’s proposed a requirement that travelers get tested a second time after arriving. “This virus requires layer upon layer of intervention and mitigating measures,” Kawakami says. “We have to be able to respond quickly and boldly, because it can spread like wildfire.”

Kauai’s recent uptick is tiny in relative terms—on Nov. 20, it reported six cases, its second-highest one-day count so far. But Kawakami has good reason to be worried: Kauai, home to around 72,000 people, has just nine ICU beds and 14 ventilators. Isolated and with limited health care capacity, an uncontrolled outbreak could quickly spell disaster. “The holy grail is prevention, so that is what we put our blood, sweat and tears into here on Kauai,” Kawakami says. “We’re almost always on the red line.”

A similar imperative applies across the entire state of 1.4 million people. With nowhere to turn if Hawaii’s health care system is overwhelmed, leaders there have little choice but to be proactive in preventing COVID-19 outbreaks. “We are geographically remote and so our health system is really vulnerable,” says Catherine Pirkle, an associate professor of health policy and management at the University of Hawai‘i at Mānoa. “There really is a strong motivating factor to try to keep those numbers under control.”

Hawaii’s isolation, then, is a double-edged sword. Thousands of miles of ocean are a good tool to stop travelers from seeding new coronavirus clusters, but if infections spin out of control anyway, assistance could be a long time coming. “We have been from the very beginning focused on the science and public health recommendations because we are 2,500 miles away from any help,” says Ige, the governor. “We learned a long time ago that we have to be self-reliant, and that we have to act as a community.”

Epidemiologists say it’s difficult to attribute Hawaii’s relative COVID-19 success to any one factor, isolation included. For one thing, cold weather, which is forcing many Americans indoors where the virus can spread more easily, is unheard of in most of Hawaii; Honolulu’s Thanksgiving Day forecast is 82 and sunny. Other government measures may also have played a part. Unused hotel rooms in Oahu have been repurposed to isolate COVID-19 patients, and restrictions on inter-island travel have prevented local spread.

Mask-wearing has helped as well. On Kauai and Oahu, mask mandates were instituted in April, while an August survey found that 96% of Hawaii residents are masking up. Unlike for many Americans, wearing masks to prevent illness isn’t an entirely foreign concept for people in Hawaii; public health experts say that’s likely due to the state’s relative proximity to Asia, where facial coverings tend to be more prevalent. Many Hawaii residents who commented for this article also cited the state’s heritage and cultural values as a reason for high adherence to public health mandates. “We have a culture here that comes from the first peoples, the native Hawaiians,” Caldwell says. “The term Kuleana…means responsibility, and it does pervade the people here in Hawaii.”

Still, leaders in Hawaii have come under pressure over COVID-19 restrictions. Caldwell says people sometimes drive down his street to yell outside his house, either at him or his wife and daughter. Some people certainly have reason to be upset—travel restrictions have ravaged the state’s tourism-dependent economy; Hawaii’s overall unemployment rate was more than 14% in October, according to the U.S. Department of Labor, the worst in the country for the second month in a row.

Caldwell says he understands people’s frustrations, but needs to prioritize public health. “People are impacted. Their businesses are impacted. Their life dreams are impacted,” he says. “I get why they’re upset. But I also believe that in order to protect health and safety, which is always the most important thing, that comes first. And I think it’s tied directly to the economy, too.”

After months of travel restrictions, Ige says the state’s pre-travel testing program is finally bringing in visitors and helping Hawaii residents get back to work, while keeping COVID-19 levels stable. Still, despite Hawaii’s current low case counts, it remains to be seen if the state’s leaders can revive a tourism-based economy while at the same time staving off a devastating rise in cases—which would likely put the tourism business back on ice anyway.

“We depend on travel,” Ige says. “But every day I get comments from members in our community that continuing to bring visitors into Hawaii during this time is really putting our community at risk…it’s something that weighs very heavily on myself and the mayors every day as we see the virus counts increasing on the mainland.”

—With reporting from Emily Barone 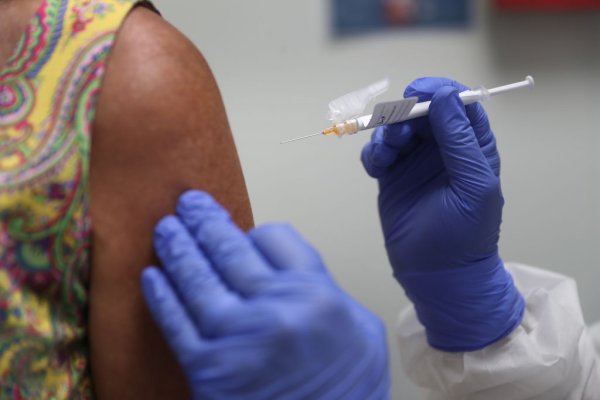