What Women Owe One Another on Black Women's Equal Pay Day

Getty Images
Ideas
By Janell Ross
Janell Ross is the senior correspondent on race and identities for TIME.

Given the durability of the so-called “glass ceiling,” it is apt that, when the U.S. government brought its first gender pay discrimination lawsuit, in the late 1960s, the company at the center of the case was a large New Jersy glassmaking facility.

The company had been founded in the late 1880s, but by 1956 ran headlong into what it described in court documents as a shortage of male workers. The situation prompted the company, in an agreement with a union representing its workers, to hire women as “selector-packers,” forbidden from lifting items over 35 lbs. Beyond that one limitation, many men and women inside the company did the same work and were responsible for almost all the same tasks. And yet, they did not take home the same salaries—until the government’s lawyers ultimately prevailed at the U.S. Supreme Court in January 1970, winning wage equality (and back pay) for the women.

The case established a core principle in pay equity. People doing essentially the same work should receive the same pay. Paying women differently violates the Equal Pay Act of 1963 and elements of the 1964 Civil Rights Act. And yet descriptions of the case typically do not address a core factor that shapes wage inequality in the U.S.: race, and the way it interacts with gender.

For the 44.7% of Black women who were part of the U.S. labor force in the early 1970s, and for the 60.5% of Black women who worked in 2019, that dynamic has shaped and influenced almost every facet of their lives. Today, five decades after the Supreme Court ruled in favor of equal pay, the average Black woman in the U.S. would have to work longer than 19 months to earn what a white man does in 12. She’d have to work a bit less, but still more than a year, to take home what a white woman makes. To mark that fact, Black Women’s Equal Pay Day in 2021 falls this Tuesday. (For Native American and Latina women, that date is even later.)

In some ways, however, it makes sense that a groundbreaking 1970 ruling about equal pay would not mention the way that race and gender can shape experiences in the workplace. After all, much of today’s wage gap between Black and white women is inextricably linked to factors that arose only in the last 30 years. The wage gap is often described as a pay and opportunity difference between white men and all women. But once you know the history, it’s clear that the gap between groups of women is just as important—and that white women share an obligation to address it.

Read more: 5 of Modern History’s Most Persistent Myths About the Gender Wage Gap

According to a 2021 analysis by the National Women’s Law Center (NWLC) of recent labor data, the wage gap between Black women who are full-time, year-round workers and their white, non-Hispanic, male counterparts adds up to “a staggering loss of $964,400 over a 40-year career.” The $409,040 gap between what a Black woman and a white woman working full time will make over a lifetime seem small by comparison. But it is still enough to buy a white woman and her family nearly two pandemic-priced homes. What Black women lose out on, compared to white women, is life-changing money.

To understand the origins of the gap between Black and white women, one need only look back as far as the 1970s, the decade that saw the first series of victories in pay and other gender-discrimination cases, says Valerie Wilson, director of the Economic Policy Institute’s Program on Race, Ethnicity and the Economy. That decade also saw major increases in the number of women, particularly white women, in the full-time workforce. In fact, the growth rate for women in the workforce was twice that of men.

The 1980s brought more pronounced wage gains for both white women and Black women—who had been in the full-time labor force in larger numbers than their white counterparts since the 1870s. At the same time men saw their wages continue to fall due to a variety of factors such as the large-scale loss of high-wage blue-collar jobs. The net effect was the most significant narrowing of the gender pay gap to date.

Read more: Just How Bad Is the Gender Pay Gap? Brutal, When You Look at a Lifetime of Work

But in the 1990s, a second pay gap, one between white women and other groups of women, emerged, Wilson, an economist, says, as white women experienced a faster rate of wage growth than Black women and other groups of women. That means that the pay gap is the handiwork of people who are, in many cases, still hiring and firing, promoting and making pay decisions today. Some of the deciders are themselves women.

So, just as gender pay equity edged closer to reality in the 1980s, wages had followed a pattern well known and often disputed throughout the history of efforts to improve the lives of women: Black and white women were both present and involved. Black women were the plaintiffs in several of the nation’s most important workplace equity cases. But white women reaped many of the tangible rewards, often without making significant effort to ensure those gains were more widely available. Where wages are concerned, any professed gender solidarity apparently gave way to opportunities made available to some women but not all.

Read more: It Takes Black Women in the U.S. 20 Months to Earn What White Men Make in a Year. Here’s the History Behind That Wage Gap

When Black women know this, when even those working in white-collar spaces know that a return to the office means they will have to maintain unbothered veneers as they hear white co-workers make casual references to the things wage gaps place out of reach for them—the second homes, specialized summer camps for kids and the multiple pets—is it really any wonder Black women “knowledge workers” have reported low levels of interest in returning to so-called normal in multiple surveys about post-pandemic work life?

Part of the wage gap between white and Black women, much like the overall gender wage gap between women and men, can be attributed to the fact that Black women are clustered in some of the nation’s lowest paid industries, explains Jasmine Tucker, the National Women’s Law Center’s director of research. Those include education, social services, retail, hospitality and personal services, as well as various forms of care and housekeeping, industries that were once the only ones open to women of color.

To understand why the work of care is particularly undervalued, it’s necessary to think about how this country’s system of economic production began, Ai-jen Poo, co-founder and Executive Director of the National Domestic Workers Alliance, says.

Land was stolen from Native Americans. Enslaved Black Americans were made to labor without pay; control of their children’s whereabouts, well-being and fate was stripped away for profit. At the same time, enslaved Black women were forced to provide much of the child and elder care, household cleaning and even mother’s milk for the nation’s landed gentry and industrialists. The dynamic contributed to a culture of work, of care and of economic gain that all relied on the capacity to exploit and abuse human beings. Culture does not evaporate. It evolves. In 1938, amid major reforms in American labor law, Southern Democrats insisted that most of the jobs worked by Blacks and Latinos—farm labor and domestic work among them—be excluded, citing costs, competitiveness and racist notions of the natural order. Other Democrats and Republicans made the deal. Some domestic workers and farm laborers only saw this corrected in the 1970s. In fact, many home health care workers were classified as paid companions, not workers eligible for the minimum wage and overtime, until 2015.

But the racial wage gap among women isn’t just about which industries which women enter. To be clear, Valerie Wilson says, it is also about bias, about stereotypes and notions of who deserves to earn what. The individual can try, and may sometimes succeed, in asking for fair pay. But there’s almost no way to negotiate past bias to eliminate all wage gaps. Pay disparities exist between white women and other groups of women at every rung of the income, experience and education ladder. Study after study has controlled or accounted for the many things that shape pay, and some portion of the racial pay gap between women remains, says Tucker. A similar and better known pattern exists in the overall gender pay gap between white men and all groups of women as well as pay differences between groups of men.

Read more: Nearly Half of Men Believe the Pay Gap Is ‘Made Up,’ Survey Finds

Legions claim to have recognized the value of teachers and childcare workers since the pandemic began. When higher-wage workers eventually return to their offices, many will also return to paying one or more caretaker’s wages. When they do, it will often be women of greater means who set the precise terms under which women in the domestic industry work, who decide where other families stand in that American culture of exploitation. There can be none of that advised leaning in that happens in white-collar spaces without also leaning on other women—more often than not, low-wage women of color.

So yes, white women have their own wage gap to think about, but they also have a responsibility to help address the one for which they cannot be held blameless. And there is an opportunity to stand with women of color on the near horizon, one that will shape what kind of pandemic economic recovery we ultimately have.

As lawmakers debate how to boost the number of women who return to the workforce, Senator Kirsten Gillibrand, a white woman and Democrat from New York, has reintroduced a bill known as the Federal Domestic Workers Bill of Rights. It would offer about 2.2 million domestic workers—over 90% of whom are women, more than half of them women of color—some of the nation’s most basic workplace protections, such as overtime pay, paid sick leave and protections from workplace sexual harassment. Ten states and two major cities have already implemented similar laws.

The bill was first introduced in 2019 by then Senator Kamala Harris, a Black and Southeast Asian Democrat from California, and Representative Pramila Jayapal, a Southeast-Asian Democrat from Washington. Now, however, there is one Latina and not one Black or Native American woman with a Senate vote. In their absence, white women must step up, speak out about the working conditions of other women and share the spoils of increased wages and power—not just in Congress, but everywhere.

There is little time, Tucker, of the NWLC, says. While the woes of business owners capture attention when they say they can’t find or keep workers, many Black women and other women of color—who have, for so long, earned on average so much less—won’t have the financial wherewithal to keep holding out for better options.

It’s Aug. 3, Black Women’s Equal Pay Day. The federal eviction moratorium has expired. And the rent and just about everything else is due.

—With reporting by Mariah Espada and Simmone Shah 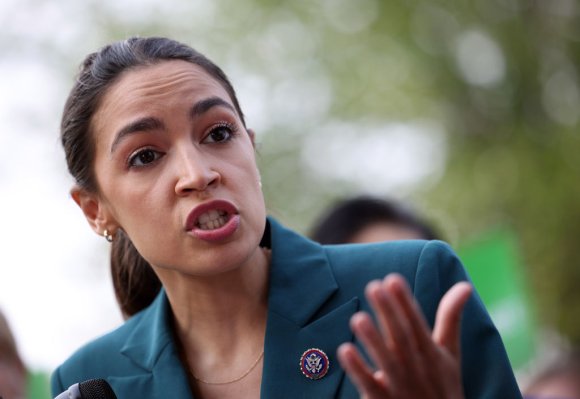