Equal Pay Day is an annual time to reflect on the persistence of the gender wage gap. The day, picked by the advocacy group the National Committee on Pay Equity, symbolizes the point at which, on average, American women will have earned as much in this year and the year before combined as American men earned in the previous year. It’s been marked each year since 1996, and shows no signs of being rendered moot soon.

In fact, the wage gap has been at a standstill of sorts for the past decade, in part because women’s wages haven’t grown. Facebook COO Sheryl Sandberg’s LeanIn.org reports that “women on average are paid 20% less than men,” while the Institute for Women’s Policy Research finds that “women’s median weekly earnings for full-time work were $770 in 2017 compared with $941 for men.”

For as long as women have been in the workplace, they have faced questions about whether they are really up to the job. And the more women break into male-dominated fields, the more they discover such prejudices — and the ways those ideas affect how much money they make. Looking at some of the excuses for the gender wage gap in the last half a century, it’s clear that those questions tend to stick around.

TIME spoke to Ariane Hegewisch, the Program Director Employment & Earnings at the Institute for Women’s Policy Research, about some of the most long-standing myths about the wage gap, and why experts say society ought to know better by now.

Myth: Women don’t need to make as much because they just work to make “pin money”

Usage: Historically, the term “pin money” has referred to money that’s either set aside by married men for their wives or money that women earned from small, part-time work to buy “hairpins” or other typically female luxuries or leisure activities. The LIFE magazine archives feature stories about several examples of jobs that women took just for fun money — from a 1953 photo of two women doing flower arrangements for weddings for “pin money” to a 1970 feature on students taking a sewing course so that they can “plan on making pin money sewing for friends” to a 1944 feature on twins who “make pin money, help relieve shopgirl shortage by working in a local store.”

Reality: Even if that term accurately represented some women’s choices at the time, the idea it captures is rare these days. The volume of women who are either their family’s main or co-breadwinner has dramatically increased, now that most women work. “Close to half of all households with kids under 18 — 49.4% — had a breadwinner mother, [meaning someone] who contributes at least 40% of her households earnings,” says Hegewisch. “Just limited to married couples, that proportion is still 36.3%.”

Myth: Women are willing to be paid less because they trade salary for flexibility

Usage: TIME’s Dec. 8, 1989, cover story was devoted to women who were “burned out from ‘having it all'” and addressed the idea that women would rather work less, even if that meant less money. The story was partly sparked by the uproar over Felice Schwartz’s ”Management Women and the New Facts of Life,” which appeared in that year’s January-February issue of the Harvard Business Review. The article became known as the the “Mommy Track” essay, for proposing that “professional women who prefer not to sacrifice family to ambition be relegated to a slower career path that would top out at middle management,” as TIME summed it up. “They would get by with shorter hours and schedules flexible enough to permit the occasional trip to the pediatrician or school play.”

Reality: Women are paid less, but they don’t actually get more flexibility. “Men (particularly men in the highest paid jobs) are more likely [than women] to have flexible working hours [and] control over when and where they work,” says Hegewisch. In addition, law professor Joan C. Williams argues some subconscious bias can be at play, too, as her research suggest that people tend to assume single women or men who are not at their desk must be meeting with a client and that mothers who aren’t at their desk are dealing with childcare.

Myth: Women have lower salaries because they don’t negotiate

Usage: Variations of the idiom “the squeaky wheel gets the grease” date back to 1910, and that idea has been used to justify the wage gap, by arguing that women just aren’t asking for raises. “If [a woman] will work for $8 and a guy will hold out for $9, is that discrimination, or is it market reality?” one defense lawyer told Fortune magazine about a decade ago for its 2005 special report on “How Corporate America Is Betraying Women.”

Reality: In reality, women can be penalized if they stick their necks out in that way to ask for a raise. “There is research showing that when women negotiate for themselves, they still may not get the same outcomes as men,” says Hegewisch. “They are treated differently than men, and there can be social censorship,” meaning their colleagues may treat them differently after they ask for a raise. Hegewisch cites a 2006 study by researchers at Harvard University and Carnegie Mellon University who found “male evaluators penalized female candidates more than male candidates for initiating negotiations; female evaluators penalized all candidates for initiating negotiations.” And, even if that research is relatively new, TIME’s archives show that women in the workplace have intuited the danger for decades. For example, in a 1982 cover story about the subject, one woman told the magazine that, although she knew men made more for doing the work she was doing, “You learn not to make too many waves in the workplace” if you want to keep your job.

Usage: “Women have tended to take the kind of jobs that men seldom strive for,” summed up TIME’s March 20, 1964, article on why equal pay won’t work. The magazine argued that the Equal Pay Act of 1963 simply wouldn’t work because “many women prove reluctant to take on heavy responsibility or to boss men on the job.”

Reality: Yes, women do often end up in lower-paying jobs — but not, on average, because their preferences for the work are so strong that the salary doesn’t matter, Hegewish says. “The issue isn’t choice, it’s constraints on choice,” she says. “There are a lot of constraints on women entering higher-paying professions, from discouragement in schools and not having any role models, to broad social effects, like hostile work environments through harassment and discrimination.” In addition, when men move into what had been considered predominantly female work, women tend to get squeezed out just as the prestige and pay goes up. For example, computer programming used to be considered “women’s work,” until the professionalization of the discipline in the ’60s and ’70s, as Nathan Ensmenger, author of The Computer Boys Take Over, told TIME in 2017 when a memo about gender differences in that industry caused an uproar.

Usage: In a study published in Science in 1981, researchers posited that “sex differences in achievement in and attitude toward mathematics results from superior male mathematical ability.” This conclusion led to headlines, such as “Do Males Have a Math Gene?” The idea has stuck around — for example, in 2005 then-President of Harvard University Larry Summers caught flack for suggesting that men and women have different intrinsic abilities “in the special case of science and engineering” — and contributed to the concept that women might not be cut out for high-paying jobs that require math or science skills.

Reality: A major study on this question came out in 2011, and Janet Mertz, senior author of the study and a professor of oncology at the University of Wisconsin–Madison, concluded, “This is not a matter of biology: None of our findings suggest that an innate biological difference between the sexes is the primary reason for a gender gap in math performance at any level.” Rather, the study linked observed difference in math ability between men and women to social and cultural factors. In the years since educators made a concerted effort to encourage women from sticking with science and math, their success has been the proof against any argument that women simply can’t hack it in those jobs. In 2014, for example, women earned about 40% of the BA degrees and Master’s degrees in mathematics and statistics, according to the National Center for Science and Engineering Statistics. And besides, women have long made critical contributions to math and science, from Ada Lovelace, who has been called the first computer programmer for imagining personal computing in the mid-1800s, to Jean Sammet, one of the key inventors of the programming language COBOL. 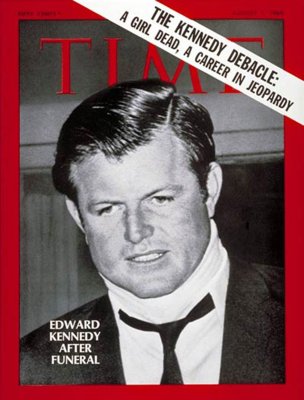 The True Story Behind 'Chappaquiddick'
Next Up: Editor's Pick