A Brief History of Sexual Harassment in America Before Anita Hill

Anita Hill’s testimony against U.S. Supreme Court nominee Clarence Thomas in 1991, as shown in the new HBO film Confirmation, remains perhaps the most famous sexual-harassment case in American history. When she worked for him in the Education Department, Hill alleged, Thomas barraged her with discussions of sex acts, bestiality and pornography. Hill spoke out during a moment in which Americans were still determining what types of behavior were acceptable in the workplace and when legislation on the issue was just over a decade old. Though Thomas denied the allegations and was eventually confirmed to the Supreme Court, Hill’s decision had immediate consequences: in its wake, sexual-harassment complaints filed with the Equal Employment Opportunity Commission doubled, and payouts from court settlements increased as well.

But, while the Anita Hill controversy drew national attention to the issue of sexual harassment, the problem itself was hardly a new one.

For most of American history, women silently endured mistreatment in the workplace, with little protection or recourse. During the 18th and 19th centuries, sexual coercion was a fact of life for female slaves in the South, as well as a common experience among free domestic workers in the North. In the early 20th century, women employed in new manufacturing and clerical positions confronted physical and verbal assaults from male supervisors. Union leadership was successful in enacting protective legislation that shielded women from performing physically demanding labor, but not from the propositions of lecherous bosses. By the 1920s, working women were advised to simply quit their jobs if they could not handle the inevitable sexual advances.

For decades, there were few significant changes in the ways women were treated at work. Those who complained discovered that sexually predatory behavior on the job was dismissed as trivial and harmless. Women rarely talked openly about the issue, although the situation only became more pressing as their participation in the workforce increased throughout the 1960s and 1970s.

The turning point finally came in the mid-1970s, as the women’s liberation movement began to challenge a justice system — as well as a culture at large — that failed to recognize women’s consent. The campaign against sexual harassment was the natural extension of the grassroots anti-rape and anti-battering movements, which grew out of consciousness-raising sessions in which women shared personal stories and realized they were not alone in their experiences.

The phrase “sexual harassment” was coined in 1975, by a group of women at Cornell University. A former employee of the university, Carmita Wood, filed a claim for unemployment benefits after she resigned from her job due to unwanted touching from her supervisor. Cornell had refused Wood’s request for a transfer, and denied her the benefits on the grounds that she quit for “personal reasons.” Wood together with activists at the university’s Human Affairs Office, formed a group called Working Women United. At a Speak Out event hosted by the group, secretaries, mailroom clerks, filmmakers, factory workers and waitresses shared their stories, revealing that the problem extended beyond the university setting. The women spoke of masturbatory displays, threats and pressure to trade sexual favors for promotions.

The issue soon made the news, especially after a widely reprinted New York Times article used the phrase “sexual harassment” in its headline that August. A 1976 survey by Redbook showed that 80% of respondents had encountered sexual harassment on the job. Hollywood addressed the issue with a successful 1980 comedy, Nine to Five, about three female office workers — played by Jane Fonda, Lily Tomlin and Dolly Parton — who exact revenge on their sexist boss.

Perhaps unsurprisingly, with greater awareness came greater pushback. As TIME covered major incidents of harassment at Yale and Harvard in the late 1970s and early 1980s, noting that “as many as 18 million American females were harassed sexually while at work in 1979 and 1980,” the magazine also reported that “antifeminist crusader” Phyllis Schlafly believed these women were “asking for it.” At a Senate committee called to review federal guidelines on harassment, Schlafly testified that “virtuous women are seldom accosted.”

Still, feminist attorneys pushed the issue forward. Catharine MacKinnon helped develop key legal theory by naming and distinguishing two types of harassment, including those which produce a “hostile working environment” for women, and the “quid pro quo” type, in which career opportunities are offered in exchange for sex. Eleanor Holmes Norton, the director of the Equal Employment Opportunity Commission (EEOC), was also an influential figure in overhauling workplace equality law to recognize sexual harassment as a violation of women’s rights.

By 1977, three court cases confirmed that a woman could sue her employer for harassment under Title VII of the 1964 Civil Rights Act, using the EEOC as the vehicle for redress. The Supreme Court upheld these early cases in 1986 with Meritor Savings Bank v. Vinson, which was based on the complaints of Mechelle Vinson, a bank employee whose boss intimidated her into having sex with him in vaults and basements up to fifty times. Vinson was African American, as were many of the litigants in pioneering sexual harassment cases; some historians suggest that the success of racial discrimination cases during these same years encouraged women of color to vigorously pursue their rights at work.

Since 1991 and the Thomas hearings, the issue has continued to evolve. For example, in 1998, the Supreme Court ruled that same-sex harassment was also unlawful at work. It is well accepted now that gender and sexual orientation do not determine whether one is the perpetrator or victim of harassment. But, in spite of legal victories and the impact of well-known cases like Anita Hill’s, sexual harassment remains a problem today. Recent incidents have highlighted its prevalence in the music industry, Silicon Valley, the National Parks Service and academia, particularly in STEM fields. But this does not necessarily mean that the campaign against harassment has failed; on the contrary, it suggests that behavior that was once tolerated is now frequently exposed as discriminatory and harmful—thanks in large part to Hill and the women who came before her. 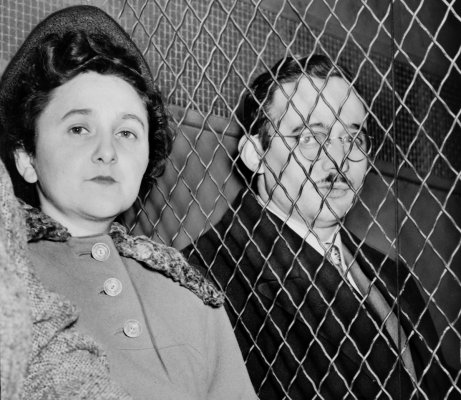 The Couple Wrongly Blamed for Starting the Korean War
Next Up: Editor's Pick