Simone Biles Just Competed for the First Time at the Tokyo Olympics. Here's How She Did

It was probably the biggest question of the Tokyo Olympics — will she or won’t she? Will we see Simone Biles, the greatest gymnast of all time, actually compete on the biggest stage of all? On Tuesday the world got its answer.

Biles’ much-anticipated return to the Ariake Gymnastics Center proved worth the wait. Following a solid, though scaled-down version of her balance beam routine, she earned 14.0 points—good for the bronze medal, behind Chinese gymnasts Guan Chenchen, who won the gold, and Tang Xijing, who took silver.

Biles competed for the first time at the Tokyo Summer Olympics after pulling out of the first five scheduled gymnastics events to prioritize her mental well-being. Feeling the mounting pressures of expectations leading up to Tokyo, Biles said she needed to take a “mental break” and reset her mind and body before continuing.

Her performance was classic Biles—confident, solid and impressive. Missing was the spectacular dismount named after her, a potentially dangerous double twisting double flip, but her execution was enough to earn 14.0 points, which put Biles in second with five more competitors to go. She held that position until the very last gymnasts, when she was knocked down to third.

The new dismount was likely triggered by the fact that since withdrawing from the earlier events, Biles has posted on her social media that she has been experiencing the twisties, a condition in which gymnasts lose their orientation in the air and can’t control how much their body twists, or how they land. That makes Biles’ gravity-defying tumbling runs on floor, her difficult vaults and her dismount from the uneven bars potentially dangerous, so she decided not to compete in those events, and also chose to perform a less difficult dismount on the beam. 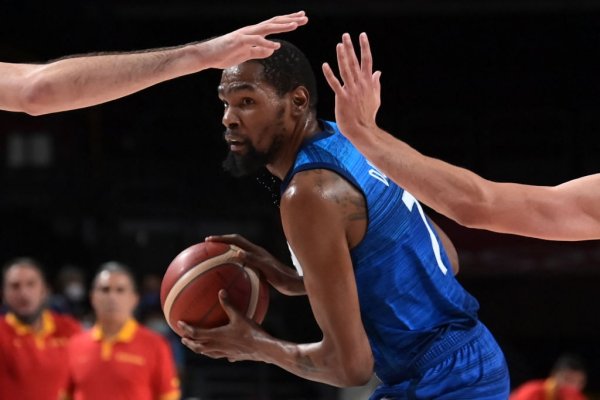 Kevin Durant Showed Up in Tokyo for Team USA
Next Up: Editor's Pick