Jessie Fleming #17 of Team Canada scores their side's first goal from the penalty spot during the Women's Semi-Final match between USA and Canada on day ten of the Tokyo Olympic Games at Kashima Stadium on August 02, 2021 in Kashima, Ibaraki, Japan.
Naomi Baker–Getty Images
By Sean Gregory/Kashima, Japan

The dream of the double is over.

Canada defeated the U.S. Women’s National Team (USWNT), 1-0, in an Olympic semifinal on Monday in Kashima, Japan, ending the squad’s quest to become the first women’s soccer team to win a World Cup and an Olympic gold medal back-to-back. The defeat also marked what could be a changing-of-the-guard for one America’s most popular, and at times polarizing, teams.

The U.S. suffered a major setback in the 20th minute, when goalkeeper Alyssa Naeher—who was essential to the team’s quarterfinal win against the Netherlands—collided with Julie Ertz, resulting in her leaving the game with a knee injury.

Early in the second half, the U.S. failed to convert on three straight corner kicks. But the team kept threatening and threatening; Canadian keeper Stephanie Labbe knocked away shots from Carl Loyd and Ertz. By the 71st minute, the USWNT had taken 11 shots—three on goal. Canada had one shot.

A U.S. score felt inevitable. But the game turned suddenly in the 74th minute. A penalty was called on U.S. defender Tierna Davisdon for Canada’s Deanne Rose, after a video review. Canada’s Jessie Fleming converted the penalty shot against backup goalie Adrianna Franch, who dove to her right but couldn’t catch it.

The Americans refused to blame the loss on the penalty call, which was close. And the Canadians weren’t about to dwell on it. “I haven’t seen the review, and I don’t care,” says Canada defender Kadeisha Buchanan. “We got the win, and the got the goal.”

The game ended an up-and-down Olympics tournament for the USWNT. In the quarterfinals, the U.S. team showed its resilience by fighting back from a goal down against the Netherlands to take a 2-1 lead. When the Dutch equalized, Naeher made several key saves, including stops in the penalty-kick session that won the U.S. the game. But a 3-0 loss to Sweden—the team’s worst in years—in pool play served as a disturbing sign.

“Heading into this game, we kind of had a feeling they were ripe for the picking,” star Canadian forward Christine Sinclair, the world’s all-time leading international goal scorer, with 187.

READ MORE: How the Lethargic U.S. Women’s Soccer Team Can Save Its Olympic Dreams

At the 2012 London Games, the Canadians lost to the U.S., 4-3, in an Olympics classic at Old Trafford Stadium after Alex Morgan scored on a header in the final minute of extra time. “I have to give a shout out to the 2012 team,” says Labbe. “This is a big revenge for them.” Canada has claimed the bronze twice in the last two Olympics, always falling short of the final. Entering the game, U.S. women had a 51-3-7 all-time record against the Canadians.

Coming into the Tokyo Summer Olympics, accomplishing what remains an elusive feat—the Olympic-World Cup back-to-back—served as key motivation for the U.S. women’s squad. The USWNT won the 2019 World Cup in defiant fashion: fans in France and back home in the United States serenaded the players, who are still waging a gender discrimination against their national federation in the courts, with cheers of “Equal pay! Equal pay!” (There were no such vocal enthusiasm here in Kashima; the teams played the game in front of thousands of mostly empty seats.)

“Sucks,” says Megan Rapinoe, who pointed to Naeher as the only U.S. player who performed well at the Olympics. “Really s–tty. Not a great performance. I think that is one of the most frustrating things. I don’t know, I don’t feel like we have a bad vibe. And the group is feeling good and everything. We just haven’t been able to find that juice that we normally do.”

The USWNT is out of contention for the gold medal, but the squad’s Olympics are not finished yet; the team will play for bronze against the loser of the Sweden-Australia match.

The Americans were counting on coming home with gold. After winning the 2015 World Cup, the U.S. fell to the Swedes at the 2016 Rio Games, a bitter defeat. (The U.S. also won the 1999 World Cup, and fell to Norway in the gold medal game in Sydney.)

The U.S. may have to start thinking about retooling personnel going forward. (The next Women’s World Cup is in 2023, in Australia and New Zealand). But such planning was supposed to come later, after celebrating an Olympic gold.

Not now. Not after failing to even reach the gold medal game.

After the match ended, Lloyd was stooped down on the field, her head in her hands. The loss had an inescapable feel: an era was ending. Is this the last Olympics or World Cup we’ll see this group together? “There are a few of us who are closer to the end than the beginning, certainly,” says Rapinoe. “And we’ve had an amazing run. We’ve had a lot of nights that looked a lot different from that … We’ve been through so much together. Yeah, it’s kind of sad. But I feel like it’s in good hands.” 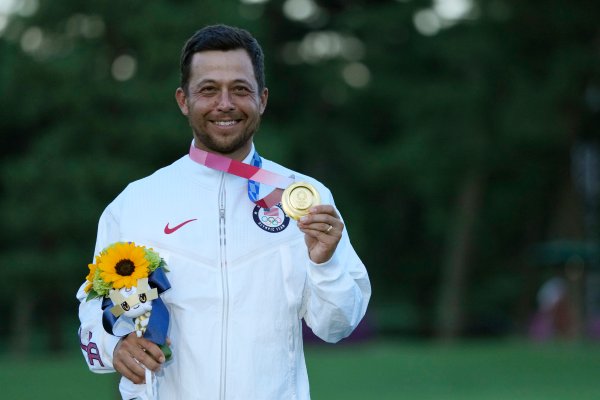