How the Lethargic U.S. Women's Soccer Team Can Save Its Olympic Dreams

After the U.S. women’s soccer team lost to Sweden in the quarterfinals of the 2016 Rio Olympics—the earliest Olympic exit the team had ever suffered—goalkeeper Hope Solo infamously called her opponents a “bunch of cowards,” knocking their staid style of play. The comment set off a bit of an international controversy; Solo was later suspended and never appeared in a national team game again.

That wasn’t the team’s finest moment. And no fan of the incredibly popular and influential—if slightly divisive—U.S. Women’s National Team (USWNT) wants to see another Olympic quarterfinal exit. But it would be fair for any observer of the team’s performance so far at the Tokyo Summer Olympics to look back somewhat fondly Solo’s raw emotion and fire, and wonder why that sort of thing seems to be missing here.

The U.S. takes on the Netherlands in the quarters on Friday night (7 a.m. Eastern Time) in Yokohama

The U.S. muddled through pool play. In the opener on July 21, familiar foe Sweden embarrassed the Americans, 3-0, handing the team its worst international loss since Brazil beat the U.S. 4-0 in the 2007 World Cup semifinal. “It’s hard because you just want to kind of put a mirror up to everyone and just say, ‘Relax, we’re good’,” said Megan Rapinoe after that game. “You can kind of feel the tightness.” The Americans found a groove in a must-win game against New Zealand on July 24, routing the Football Ferns 6-1. Knowing that a draw with Australia on July 27 would put the U.S. through to the quarters, U.S. coach Vlatko Andonovski set a defense-driven strategy to prevent the Matildas from scoring: the game ended in an 0-0 tie.

This team, however, thrives on inspiration—both on and off the field, as its fight for equal pay continues to weave its way through the courts. The U.S. women also like to pile on goals. Andonovski’s strategy was practical. But scoreless ties aren’t a part of this team’s DNA. Crushing Australia might have done more for the team’s momentum than playing it safe into the knockout round.

The team’s fairly staid performance is surprising, especially since players have repeatedly discussed how badly they want to win this tournament so they can become members of the first women’s team to ever win a World Cup and Olympic gold, back-to-back. That’s pretty much the only feat the USWNT hasn’t accomplished. “It’s hugely important,” forward Christen Press told TIME about the World Cup-Olympic double in a recent interview. “The way our schedule works, we really built to these two pivotal moments in a four-year cycle. And that’s the World Cup and the Olympics. Everything else is beautiful and fun and competitive. But as a U.S. Women’s National Team player, this is it.”

But at times, the team’s body language at the Olympics hasn’t exactly screamed “we’ve got this.” So what’s ailing the USWNT? Andonovski has juggled starting lineups so far and liberally used the five substitutes now allowed in international soccer, instead of the usual three (the increase is designed to ease player workload during the pandemic.) These moves do allow players to rest up in Japan’s sweltering humidity. But at the same time, all the shuffling could prevent players from developing the cohesion needed to win an Olympic tournament.

In some ways, the last week’s listlessness may not matter: Pool play is over, and slates are wiped clean for the knockout stage. However the Netherlands, whom the U.S. defeated in the 2019 World Cup final, is a daunting quarterfinal opponent. The Dutch have scored 21 goals, to America’s six, in their first three games. “I think the Netherlands are probably playing more fluid, cohesive soccer,” former US women’s coach Jill Ellis, who led the Americans to the 2015 and 2019 World Cup titles, tells TIME. “But I also think we’ve got game changers like a Press and [Rose] Lavelle that can pull something out of nothing. We’ve still got difference-makers that are very, very special.”

Ellis, now president of the the National Women’s Soccer League expansion team in San Diego, believes a U.S. goal within the first 30 minutes is key to settling the team’s nerves and rebuilding confidence. A Dutch player to watch: forward Vivianne Miedema, who plays for Arsenal in the FA Women’s Super League.

“Miedema is arguably one of the best forwards in the world,” says Ellis. “She’s just so complete, in terms of her ability to hold the ball, her movement, her technical proficiency. She’s just got a lot of amazing skills. And a lot of great assets.”

Ellis recalls the U.S. strategy against the Dutch in that 2019 World Cup final. “It’s the ability to stop the transition of [Lineth] Beerensteyn who’s got pace, and [Shanice] van de Sanden, who’s got pace,” says Ellis. “They’re very similar to the team we played in the World Cup final. Our focal point was to minimize the set pieces at all costs, the corner kicks and such because they have such good service. Try to stop their transition and then try to make their back line as uncomfortable as possible.”

If anyone knows to never write off the USWNT, it’s Ellis. “It’s a new day,” she says. “So do I think they have the capability to win the whole thing? For sure.” 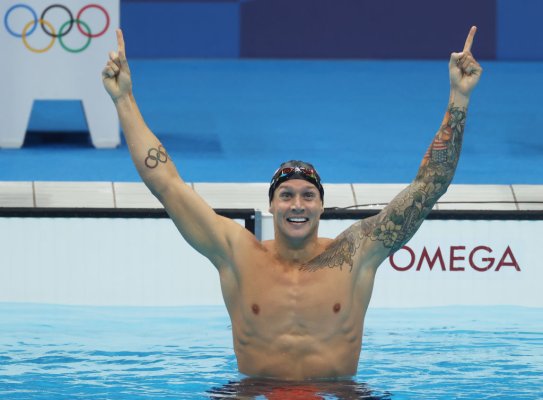