After one rotation, defending Olympic all-around champion Simone Biles pulled out of the women’s gymnastics team event final. A statement from USAG said the reason was a “medical issue” and did not elaborate. At a press conference following the event, however, Biles confirmed there was no injury and that she felt her poor vault would jeopardize the team’s chances for gold.

With Team USA competing on vault in the first rotation, Biles took to the podium and launched herself into the air. Once airborne, however, she seemed to lose her bearings and looked off to the side on the way down. Instead of completing two and a half twists, in a vault named after her, she was only able to complete one and a half. That lowered her start value and execution score, and she immediately spoke to a trainer after coming off the podium.

After consulting with the trainer for a few minutes, the two left the arena, but rushed back minutes later before the next rotation on uneven bars while her coach, Cecile Landi, consulted with officials. Biles removed her hand and wrist grips, a sign that she would not be performing on uneven bars. After hugging her teammates, she put on her warm up jacket and pants. Tokyo 2020 then confirmed Biles had pulled out of the competition.

Biles said in a press conference after the final that she withdrew to “take a back seat, and work on my mindfulness.” She admitted the pressure of the Games had built up. “I tried to go out, have fun and after warming up in the back I felt a little better,” she said. “But once I came out here, I felt, no, the mental is not there. I need to let the girls do it and focus on myself.”

It’s not clear whether Biles will compete in the all-around event in two days, or the individual apparatus events that follow.

Team USA ultimately took silver in the team final; the Russian Olympic Committee (ROC) took gold. Biles’ high difficulty routines were the foundation for building a repeat gold-medal performances, and she had been scheduled to compete on all four apparatus. Teammates Jordan Chiles replaced her on uneven bars and beam, while Sunisa Lee replaced her on floor.

Immediately after Biles pulled out, teammates Chiles and Lee nailed their uneven bars routines, though Team USA was at that stage 2.5 points behind the Russians. Ultimately Team USA fell 3.5 points short of gold.

From the stands, NBC’s Hoda Kotb tried to drum up a cheer for Simone from the few athletes and media around. Biles acknowledged the support with a smile. 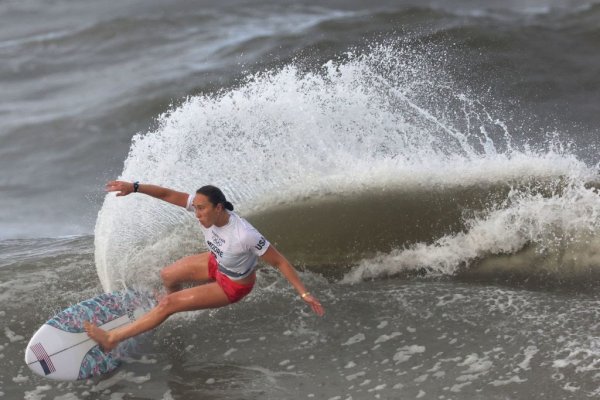