These Are All the Gymnastics Moves Named After Simone Biles

At this point, Simone Biles is re-writing the book on gymnastics. With four skills named after her—on floor, beam and vault—her name will already live on in the sport’s history.

The International Gymnastics Federation only names skills after gymnasts if they perform them at a major international competition, including the Olympics. And for Biles, the four skills she has named after her represent a natural progression of her natural gymnastic abilities. Most came about after her either she or her coaches thought she could add one more twist, or one more flip and give herself a little more of a challenge.

At the Tokyo Olympics, Biles could have a fifth skill named after her in the Code of Points—a dangerous Yurchenko double pike vault that besides Biles, only male gymnasts have performed in competition. At podium training in Tokyo on July 22, Biles trained the vault, although it’s not clear when, or if, she will actually try the vault during the three remaining opportunities she will have during competition—the team event, the all-around event, and the vault final. If she does decide to do the vault during one of those events, it will be “because I can,” as she said.

Here are all the skills named after Biles and why so few other gymnasts even attempt them.

Biles (double layout with half twist)

For this move, Biles flips twice in the air, with her body in an elongated position. Before landing, she adds a half twist, which means she can’t see where she will land. Her former coach Aimee Boorman said Biles has a good “air sense” that makes the blind landing no problem.

To complete this skill, Biles flips backwards twice in the air while simultaneously twisting three times. It requires a tremendous amount of power to propel her high enough into the air to complete all that tumbling in time. But knowing the power and lift she can achieve on floor, Biles’ coach convinced her to try adding another flip. “He said, ‘I think you can do another twist, let’s just play with it and in a few months, I think this might come easily,’” says Biles. He was right, and when she performs this skill, it’s a crowd-pleaser.

Biles also brings her tremendous flipping skills to the balance beam, with a double-double dismount that other Olympic champions still can’t believe. Biles flips twice while simultaneously twisting twice. When she first performed it at the World Championships in 2019, the judges were so concerned about the danger involved with the skill that they downgraded its value in an attempt to discourage other gymnasts from trying it. Biles immediately took issue and filed a protest, and called the decision “bullsh-t” on social media. She’s also pointed out with her typical candor that “they had an open-ended code of points and now they’re mad that people are too far ahead and excelling.” It hasn’t discouraged Biles from showing off the new skill, which she did at Olympic Trials in June, and will likely perform again in Tokyo.

The Yurchenko is hard enough—it’s a connected series of skills that starts with a round off into a back hand spring onto vault. From there, Biles literally flies. She does a half turn and then twists twice before landing. This vault has such a high difficulty rating because of the power and precision it takes to complete the twists and land safely. 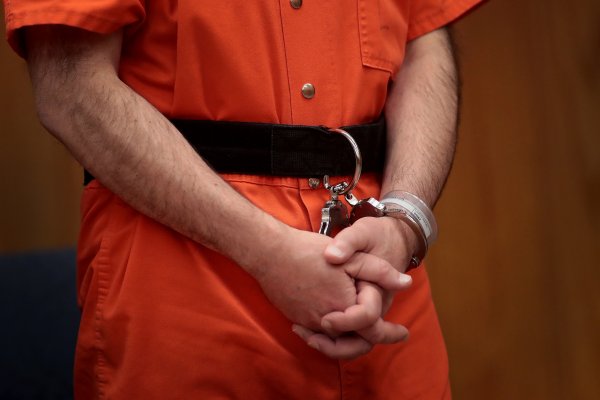 Larry Nassar Is in Prison, But Many Young Athletes Are Still at Risk. Here's How We Can Better Protect Them From Sexual Abuse
Next Up: Editor's Pick