The U.S. Women’s Gymnastics Team Is Still the Favorite in Tokyo. But There’s Little Room for Error

Coming into the Tokyo Olympics, most of the gymnastics community agreed about one thing—Team USA’s women were the ones to beat. As the reigning Olympic champions, the U.S. is returning to defend its title with one of the greatest gymnasts in the sport, Simone Biles. The team also builds off a legacy of Olympic titles that dates back to 1996. Couple that with funding and organizational struggles in former powerhouse countries like Romania and China in recent years—this is the second Olympics at which Romania failed to qualify a team—and the U.S. is practically a shoo-in.

But as the qualification round at the Ariake Gymnastics Center in Tokyo made abundantly clear on July 25, much of the strength of the Team USA women’s gymnastics squad rests squarely on Biles’ shoulders. She stepped out of bounds in two of her best events—floor and vault. Other teammates struggled as well, which put the U.S. more than a point behind the Russian athletes (competing as the Russian Olympic Committee) in qualifying for the team event.

Simone Biles of Team USA falls out of bounds during a vault during Women's Qualification on day two of the Tokyo 2020 Olympic Games at Ariake Gymnastics Centre on July 25, 2021 in Tokyo, Japan.
Ezra Shaw—Getty Images

The good news is that the qualification scores are now erased, and the team competition starts anew on July 27, with three gymnasts from each of the top eight qualifying countries competing on each of the four apparatus. All three scores will count, which means there is little room for error.

In such a scenario, the best strategy is to build, from the four members of the team, the specific trio with the highest potential of scoring well on each event. For the U.S., that’s likely Biles, whose high level of difficulty in nearly every event helps to boost the team’s score, and Sunisa Lee, and, depending on the apparatus, either Grace McCallum or Jordan Chiles. While Chiles finished higher than McCallum at the recent national and Olympic Trial competitions, she struggled on beam in the qualification round, and received low execution scores on uneven bars. So it will be up to USA Gymnastics’ officials to determine which lineup on each apparatus gives the U.S. the best chance for a high score.

Team USA’s closest competition will likely come from the Russian athletes, a blend of experienced and younger gymnasts who turned in solid performances to qualify in the top spot. Angelina Melnikova, who was part of the Russian team that earned silver behind Team USA in Rio and at the last two world championships, leads a team of first-time Olympians in Vladislava Urazova, Viktoria Listunova and Liliia Akhaimova. While the U.S. has a slight advantage on three of the four events with more difficult, and therefore, higher scoring potential on floor, vault, and beam, the Russians have more challenging uneven bars routines on average (Urazova is the world junior champion in the event). The Russians could, as they did in the qualification round, amass enough points with consistent routines to pass the U.S. if Team USA struggles in any way.

That’s not likely to happen, but the qualification round was a reminder to the gold-medal favorite Americans that no gymnast, or team, is invincible, and part of being the favorite is managing the added burden of expectation and responsibility. “I truly do feel like I have the weight of the world on my shoulders at times,” Biles wrote on Instagram after qualifications. “The Olympics is no joke!” 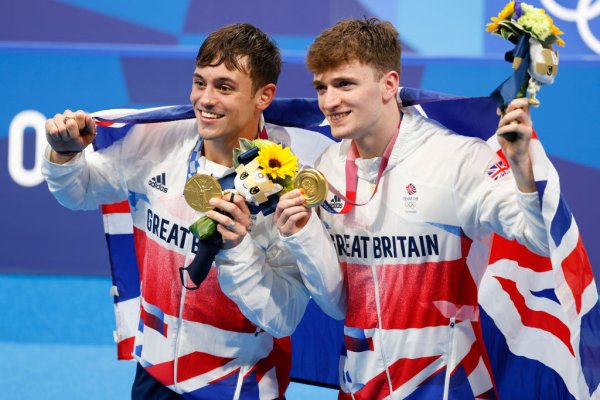