Mena Suvari Is Ready to Own Her Past

Many of us know Mena Suvari as the wholesome choir girl from the 1999 comedy American Pie or the teen who becomes the object of Kevin Spacey’s infatuation in the 1999 drama American Beauty. Yet after decades of portraying fictional women, Suvari, 42, is ready to open up about her own life. In her new memoir, The Great Peace, Suvari details the breakdown of her family following a childhood of material abundance, reveals that she was repeatedly sexually abused beginning at the age of 12 and shares the experience of going through multiple toxic relationships as she tried to find stability in adulthood.

The opportunity to act and find connections through roles in film and TV, Suvari writes, helped to pull her through some of the darker moments. But her continued silence, especially around the abuse she suffered as a young woman working in Hollywood, took its toll. She recounts in the book that for years, she used drugs to numb her feelings, coping with marijuana and, for a time, meth.

In 2018, Suvari writes, she found an old journal and works of art she’d made as a young woman in a long-ignored storage unit. The notes, poems and drawings prompted memories of experiences that Suvari realized she needed to share in order to heal. Here, Suvari talks with TIME about releasing her first book and finally opening up. “I’ve been joking it’s like therapy with the world,” she says.

The Great Peace includes several sections where you share poetry and diary entries you wrote as a teenager. What was it like to revisit your old self?

I found this bin, which had everything, even VHS tapes and old press clippings from my whole career. When I opened my diary, I was surprised to see there was just one entry in the middle of it. Then, there was a folded yellow piece of construction paper I’d made into a card and decorated with angels on top. It was my adieu, my farewell—I’d written my suicide note. I had forgotten about that. But when I found it, I remembered that exact moment, the space I’d been in. I was saddened and shocked, and yet it was kind of funny to me because I realized my life only got worse after I wrote that. That was the beginning of the process for me.

You write about all kinds of difficult experiences—from being sexually coerced to overcoming drug addiction to feeling abandoned—that you are discussing in public for the first time. Why was right now the time to come forward with the truth?

It’s just something I felt like I needed to do. This book has been a couple years in the making. When I started, I’d gotten to that place in my life—I’d met my husband, I was ready to make personal changes. I was definitely inspired by #MeToo and this environment of sharing that felt new at the time. I realized simple things, like, we’re not alone. We have the right to talk about our experiences.

With the book, I’m also trying to address what it was like to even consider these experiences and how I can label them now. It’s about feeling like I am allowed to consider that I was abused. I was always comparing the abuse to something else I thought was worse, telling myself it wasn’t that bad and that I really had nothing to say.

From your roles in American Pie to American Beauty, you talk often about how working as an actor became a lifeline amid the chaos of your life. Was there a project in particular that inspired you as you wrote?

Art saved my life. Work has always given me the opportunity to learn more about myself and grow. The types of projects I worked on really challenged me and put me in a space of being ready to share. One is Grace and Grit, based on Treya Wilber and her battle for her life and for love. That put me in a very different space, spiritually, in touch with the magic that’s all around us.

Read More: How Celebrity Memoirs Got So Good

Something that stuck with me was how adults in your life didn’t really seem to know how to talk to you, how to ask if you were doing okay. I know you recently had a child, and am curious about how you plan to address difficult conversations with him.

It’s about trying to stay as open and as aware as possible and asking questions: How are you doing? How are you feeling? What’s going on right now? That’s what most important. That’s why I’m fine with sharing all of this—I’d like to use my life experiences to hopefully be aware and be present and maybe notice signs. But it’s not a black-and-white thing. I’m not trying to make this a blame game or live in regret. I’m just offering my perspective on what it was like to be someone at that age who needed more guidance in that moment.

Everyone deserves to be noticed.

Communication is the most important thing. That’s why we’re here: to share and learn and grow with one another. Maybe someone hears this story and they see how I became detached. No one asked me about my drug use or if I got a bladder infection at age 12 because I had sex. No one noticed, and it became harder for me to be rescued. We think we’re alone. I just felt, “I’ll suffer silently.”

You write about shaving your head for a role around the same time paparazzi hounded Britney Spears for shaving hers, and feeling like you understood her despite living in very different circumstances. What are your thoughts on how women in the spotlight are treated these days versus a couple decades ago?

It’s great we’re noticing these moments now and that we’re having these conversations. But we still have a lot of work to do. I used that example because I happened to be working on a film where a character shaves her head, and I cut my hair in real life. To everyone else, it seemed like I’d lost my mind. I’m a woman, so I must have just lost it. That was shocking to me, and I was trying to figure out what my value was in conjunction with what everyone else thought it was. In the broader conversation, we’ve got a long way to go. Let’s move forward and not forget about what we’ve learned about awareness and other people’s rights. 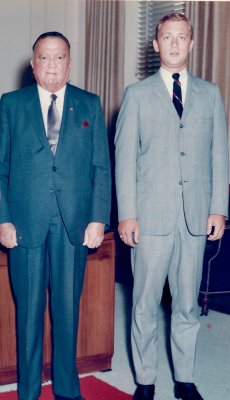 Working for J. Edgar Hoover, I Saw His Worst Excesses and Best Intentions
Next Up: Editor's Pick