Ultra-Orthodox Judaism is so hot right now. Although the inner workings of cloistered, fundamentalist communities have always been a source of pop-cultural curiosity, the past several years have seen an explosion in high-profile Haredi media. First came the mid-2010s raft of ex-Orthodox memoirs, from Leah Vincent’s Cut Me Loose to Elissa Altman’s Treyf. In 2017, as Disobedience cast Rachel Weisz and Rachel McAdams as ultra-Orthodox lovers, Netflix unveiled One of Us, a harrowing documentary about ex-Hasidic Jews. Along with Shtisel, a recently revived Israeli series that follows a frum family, the doc paved the way for a third Netflix project: last year’s emotional miniseries Unorthodox, which, drawing on Deborah Feldman’s widely read memoir of the same name, stars Shtisel standout Shira Haas as a young wife who flees Hasidic Brooklyn.

These are, for the most part, tales of trauma, abuse and repression, culminating in hard-won liberation. Their tone tends to be somber, then triumphant. But no mass-media trend stays earnest forever. Now Netflix, like Eve in the Garden of Eden, has finally seized the low-hanging fruit—and it’s a juicy one. My Unorthodox Life, whose nine-episode first season just arrived on the service, is yet another story of an irrepressible woman escaping her ultra-Orthodox prison. Instead of an eye-opening docuseries or a tear-jerking drama, it’s a reality show in the glossy, soapy Bravo mold. While I’m sure it makes perfect sense to the algorithm, the result is an exceedingly strange, questionably authentic mix of moods, genre conventions and contrivances.

The eponymous unorthodox life belongs to Julia Haart, who has, since 2019, been the chief executive of modeling mega-brand Elite World Group. Just six years earlier, Julia was living a fully frum life in the Orthodox enclave of Monsey, in New York’s Rockland County—keeping house, tending to her four children, wearing wigs, submitting to her husband, strictly observing the Jewish sabbath, the whole deal. But secretly, that circumscribed lifestyle was killing her. She’s since gotten divorced and remarried, to super-rich Italian entrepreneur Silvio Scaglia Haart (who took the last name she gave herself upon leaving the Monsey fold), moved into a vast Tribeca penthouse and propelled herself rapidly upward in the fashion world. Now a remarkably young 50, Julia is doing everything she didn’t get to do in her 20s: wearing leather catsuits, talking constantly and graphically about sex, radiating big girlboss energy.

And she’s taking her children along for the thrill ride. The eldest, 27-year-old Batsheva, grew up entirely in Monsey, and married a boy from the community, Ben. Julia’s departure soon after the couple’s wedding created a rift between mother and daughter, the reparation of which is among the show’s running story lines. Meanwhile, Bat has healed enough to become a TikTok fashion influencer. Her brother Shlomo, 24, is preparing for law school, dipping a toe into dating and struggling over how observant he ultimately wants to be. Ambitious, feminist-minded tech wunderkind Miriam is, at 20, a mini Julia. She’s also enthusiastically bisexual, collecting love interests faster than her mom collects designer outfits. The youngest of the kids, 14-year-old Aron, lives with his dad, Yosef, in Monsey. When his mom comes to visit, he’s just returned from an ultra-Orthodox summer camp that inspired him to stop watching TV and talking to girls.

The show highlights some fascinating tensions that arise within an apparently loving family in which no one occupies precisely the same point on the spectrum between Orthodox and secular life. Although she often claims that it’s fundamentalism she loathes, not religion per se, Julia would clearly like to see her kids reject Judaism as fully as she has. Only Miriam has gotten all the way there. Bat and Ben, who married at 19 and would more than likely have a family of their own by now if they’d stayed in Monsey, struggle over when to start having kids. Ben has a hard time getting used to the idea of Bat wearing pants. Aron considers himself a pious “black-hatter”—a persona that, for him, seems to satisfy an adolescent urge to rebel against his parents. If he and, to a lesser extent, Shlomo are less sanguine about the Haarts’ exodus than their sisters, the implication is that it’s because the frum lifestyle is so much harder on women.

What’s unfortunate is that this novel stuff comes wrapped in the shiny, same-y packaging of a standard docusoap. There’s the endless parade of expensive locations: the Hamptons house, the Paris Fashion Week vacation rental that is an actual castle, Julia’s cavernous walk-in closet, which must house approximately $10,000 worth of designer clothing per square foot. Many conversations feel rehearsed, and many gatherings appear contrived to bring characters into conflict. A story line that emerges mid-season to stoke sibling rivalry comes off as fully manufactured. At least the show manages to give some depth to its final cast member, Julia’s COO and best friend Robert Brotherton. A witty, loyal guy who wrestles with dating, body image and whether to disappoint his adoptive family by meeting the woman he calls his “birth person,” he’d probably be relegated to a tropey gay-sidekick role in a typical Real Housewives cast.

Julia Haart and Robert Brotherton in 'My Unorthodox Life'
Netflix

It doesn’t really bother me that My Unorthodox Life isn’t as serious or highbrow as many of its predecessors in ultra-Orthodox entertainment. More frustrating is the way its stage-managed surface detracts from everything that’s more distinctive and spontaneous about the Haarts’ story. Julia’s executive producer credit raises further questions about how much of the picture we’re seeing. Her high-glam, girl-power take on feminism is never challenged. Her ex Yosef appears frequently on the show as an unexpectedly warm, open-minded co-parent. Yet we never get a sense of how he came to not only tolerate, but support a woman who literally ran away from him. And although it’s public knowledge that Silvio is the chairman of Elite (and owned the company she previously headed, La Perla, after founding her own shoe brand), the role he has played in her career remains muddy on the show. He’s presented as a besotted husband, always frustrated that Julia’s busy schedule doesn’t allow them enough alone time.

This may be authentic, but it’s hard to tell which parts of the show have been massaged into ads for Elite, Batsheva’s career as an influencer or Julia’s forthcoming memoir (which gets quite a bit of screen time). From a commercial perspective, I get why the Haarts’ saga is being framed as a low-stakes, rich-people soap. Julia certainly has the charisma to become the next Bethenny Frankel or Lisa Vanderpump. And I did find My Unorthodox Life more engaging than most of its Bravo counterparts, because the Haarts have a genuinely unique story, not to mention better personalities than most of the characters on those series.

It just offers relatively little of what I appreciate most in escape-from-ultra-Orthodoxy narratives: confirmation that within closed social systems are people very much like the rest of us, as well as the opportunity to see a mainstream world that’s so familiar to me through the eyes of adults encountering it for the first time. The journey from fundamentalist to regular person, it turns out, makes for a more compelling story than the journey from fundamentalist to personal brand. 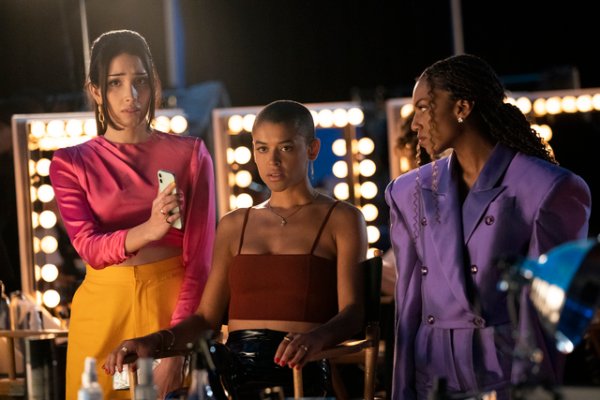 HBO Max's Gossip Girl Reboot Is Perfectly Fine for a Show That Shouldn't Exist
Next Up: Editor's Pick