Disobedience Is Much More Than a Forbidden-Love Story

On our worst days, we may feel like we live in an unjustly repressive world. On our best ones, we marvel at how much freedom we really have. Disobedience–from the astute Chilean filmmaker Sebastián Lelio, director of the Oscar-winning A Fantastic Woman–suggests that the truth lies somewhere in between. Rachel Weisz plays Ronit, a successful New York photographer who’s called home to London after the death of her father, a beloved and respected Orthodox rabbi. Ronit has distanced herself from her extended family, and it has in turn disavowed her. When she arrives, she’s met with cool suspicion, though her father’s favorite pupil, Dovid (Alessandro Nivola), practically a family member, tries to show her some kindness.

As if Ronit’s jumbled feelings of grief and estrangement aren’t enough, she learns that Dovid has married one of her old school friends, Esti (Rachel McAdams), and the reconciliation between the two women introduces a wrenching complication. As teenagers, they’d been in love. The community caught wind of their romance, and its disapproval was predictably deafening.

Disobedience, based on a novel by Naomi Alderman, cuts deeper than your standard forbidden-love story, largely because the actors are so attuned to their characters’ anguish. It’s one thing to defy the expectations of your religion. But rejecting it means turning away from those you care about. Weisz and McAdams play that tension with a piercing sweetness: these women circle each other warily, each cautious about disrupting the pattern of the other’s life–though if patterns are what give us comfort, they can also make us feel intensely lonely. Weisz’s Ronit is assertive yet dreamily wistful, a woman who only appears to have figured out what she wants. McAdams’ Esti is more practical but also wilder at heart–she makes you see how that helmet of a wig she has to wear is both a restriction and a kind of protection, armor against feelings she’s not sure she can bear.

Lelio is deeply keyed in to women’s stories. He’s currently remaking his wonderful 2013 Spanish-language film Gloria, about a 50-something woman navigating the dating scene, with Julianne Moore. Disobedience is, of course, mostly about women, but what about the guy? Nivola is one of those stealth actors who adds a brushstroke (or more) of grace to every film in which he appears. As the deeply traditional husband Dovid, he taps the ways oppressiveness and generosity can intermingle. In Disobedience, three people reckon with the cost and meaning of freedom. Everybody pays. But if it were free, what would it be worth? 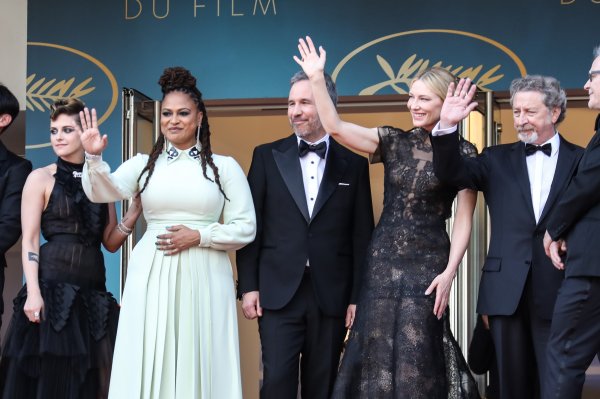 Cannes 2018 Opens with a Middling Movie But a Killer Jury
Next Up: Editor's Pick