Leneal Frazier, 40, was reportedly in his car at an intersection in north Minneapolis at around 12:30 am on Tuesday morning when his vehicle was struck by an MPD officer chasing a robbery suspect. Frazier, who was later pronounced dead at the hospital, was not himself being pursued by the officers; the officer involved in the accident, who has not been publicly identified, was treated for non-life-threatening injuries.

According to the MPD Policy and Procedure Manuel, when pursuing a suspect in a vehicle, “Officers shall not initiate a pursuit or shall terminate a pursuit in progress if the pursuit poses an unreasonable risk to the officers, the public or passengers of the vehicle being pursued who may be unwilling participants.”

Read more: Minneapolis Police Were Cleared in the Killing of Terrance Franklin. Franklin’s Family Says a Video Proves He Was Executed—and Now the Case May Be Reopened

“Another black man lost his life in the hands of the police!” Darnella Frazier said in a Facebook post criticizing the MPD officers for engaging in a “high speed” chase in a residential area. “I’m still in shock and it [hasn’t] fully hit me yet, I broke down in tears. I was hoping it was a dream…but it’s not and this is reality.”

Darnella Frazier’s footage of Floyd’s murder, which stood in dramatic contrast to the initial statements provided by the MPD on his death, helped lead to a worldwide reckoning with racial justice and police oversight. The video she took was a key part of the trial against officer Derek Chauvin who was this past May convicted of murder and has been sentenced to 22.5 years in prison.

Fraizer was awarded a special citation Pultizer Prize on June 11 for recording the events.

Cheryl Frazier, Leneal Frazier’s sister told CBS Minnesota on Tuesday that her brother was “a very good person… he would help you if you needed help, he’ll give you the shirt off his back if he had to.”

According to the MPD, the driver who the police were trying to apprehend had allegedly been “involved in multiple robbery of businesses.” When the cops tried to pull the suspect over, “instead of stopping, the driver fled, and the officer pursued,” John Elder, Director of Communications of Police Information in Minneapolis said in a statement provided to TIME.

This led to an eight-block chase, which culminated in the fatal crash. Police say the suspect is still at large.

Michael Ganzer, a resident who was watching TV near the intersection, told CBS Minnesota that he heard the crash. “The whole house shook. It was just a big, loud bang,” he told the local news outlet.

“This remains an open and active investigation. When completed, the State Patrol turn its findings over to the county attorney for review,” the Minnesota State Patrol said in a press statement. 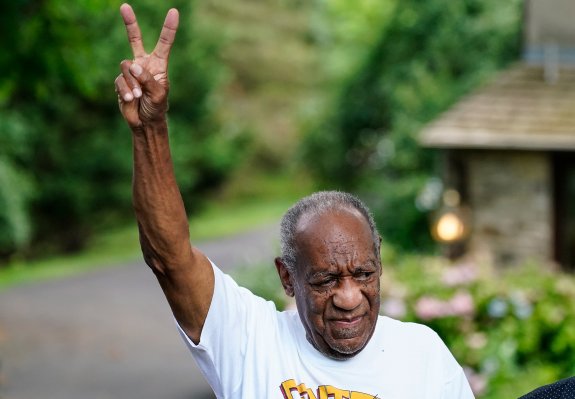 What Bill Cosby’s Release Says About Overturned Convictions
Next Up: Editor's Pick