By Erica Solano and Alexandra Robson

In the early morning hours of May 26, viewers around the world began witnessing the murder of George Floyd in Minneapolis. A young woman, Darnella Frazier, had filmed his death at the hand—and knee—of Minneapolis police officers the prior evening, and shared the video on her Facebook page.

A day earlier, Melody Cooper had tweeted a video taken by her brother Christian Cooper, a Black birdwatcher out birding in New York City’s Central Park, when a white woman called 911 and made a false claim that “an African-American man” was threatening her life. He had asked her to put a leash on her dog. (Melody Cooper’s video now has over 44 million views.)

And the day after Floyd’s death, less than a mile away from where he was killed, Black entrepreneurs Abdi Hassan and Salman Elmi were confronted by a white man who accused them of trespassing in the gym of a building where they rent office space. Hassan and a colleague, Zak Ahmed, recorded the incident and shared two videos on Instagram, showing the man also threatening to call 911.

#RECKONING, a video project from TIME, examines the cultural response to these three viral videos. The footage reveals some of the many forms of racism that are part of daily life in America. The impact of these videos—along with several other clips showing racial discrimination, police brutality and violence—has helped give rise to one of the largest civil rights movements in recent history.

They have sparked and sustained calls for accountability and justice, and mobilized activists to push for change. Racial justice protests have taken place in thousands of cities around the world, with millions participating.

“Imagine if Martin Luther King Jr. had a Facebook,” author and activist Kimberly Jones says of social media’s power, “and the way in which information could have been sent out… the opportunity to view and see things how they authentically were.”

The protests in turn represent a movement that’s both generations old in its presence and contemporary in its practices—the use of technology and social media platforms to amplify messaging and inform both media and cultural narratives. “More and more people in the United States, and around the world, are finally waking up to the fact that this has been the status quo in our communities,” Black Lives Matter co-founder Opal Tometi tells TIME. “And we need to stop it.”

Learn more about the role of social media in Black Lives Matter protests by watching the video above. 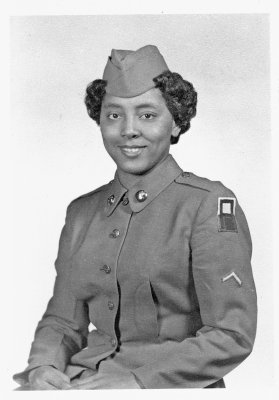 Civil Rights Pioneer Sarah Keys to Be Honored for Bravery
Next Up: Editor's Pick