Derek Chauvin Was Just Sentenced to 22 and a Half Years. But America’s Law-Enforcement System Still Isn’t Set Up for Accountability

A Minneapolis judge on Friday sentenced former police officer Derek Chauvin, for the murder of George Floyd last May, to 22.5 years in prison—a rare event in the nation’s criminal justice system, and one that many will regard as the end of a gruesome chapter in the American story.

“I begged for justice for my brother, some kind of accountability,” Philonise Floyd, George Floyd’s brother, said in a press conference after the sentence was passed.

Yet this moment also highlights a disturbing truth about policing and accountability, one that remains unresolved: prior to killing George Floyd, Derek Chauvin was one of a substantial number of officers who have been the subject of repeated civilian complaints but never faced serious discipline from their departments. The early warning signs of dangerous police conduct often go unheeded, police-reform advocates argue, and the officers involved are rarely punished and even more rarely face prison time. Even Minneapolis, the city perhaps most closely associated with public demands for policing reform, has, in the 13 months since Floyd’s killing, taken steps to curtail public knowledge of repeat officer misconduct. So, while Friday’s sentencing may represent a rare example of criminal penalties, the most severe form of officer discipline possible, it does little to address the existence of policing systems across the country that are not set up to head off problems before they get to that point.

“I think there will be a sense of closure, which is worth something; a sense of accountability this one time, which is worth something,” says Abigail Cerra, a former public defender and one-time lawyer in the city’s Civil Rights Office who now works in the private sector and volunteers on the city’s Police Conduct Oversight Commission. (The views she shared in an interview days before Chauvin’s sentencing, she stressed, are her own and do not represent the commission.) “[But] given that I sit in the space of oversight … at this moment I feel really concerned. I don’t feel that hopeful.”

Read more: George Floyd’s Family Reacted to the Verdict With an Uncontrollable Cry. That Sound Echoes Through Black America

Over the course of his 19-year police career, Chauvin was involved in multiple shootings and was the subject of at least 17 civilian complaints. State prosecutors, who can seek court orders forcing the department to produce a wider array of records, have referred to as many as five additional civilian complaints filed against Chauvin, some involving allegations of neck restraints and excessive force. However, in response to the 17 complaints city officials acknowledged in a summary provided to TIME and other media outlets, Chauvin had received only two letters of reprimand, which in Minneapolis are considered a form of discipline.

Weeks after Chauvin’s conviction in state court for the Floyd murder, federal officials charged him with criminally violating the civil rights of both Floyd and a 14-year-old boy Chauvin is alleged to have restrained and beat in 2017. The complaint the boy’s family filed at the time resulted in no discipline. Had the 2017 complaint been escalated beyond that, Chauvin might have been formally warned that a repeat would put his job in jeopardy or that he might be prosecuted. With the benefit of hindsight, it is easy—and still so difficult—to imagine a world in which Derek Chauvin would have been deemed ineligible to police, much less to train other officers, years before his contact with Floyd.

Read more: Minneapolis Police Were Cleared in the 2013 Killing of Terrance Franklin. A Video Complicates the Story—and Now the Case May Be Reopened

“What it really says is … there was just a lack of discipline in the Minneapolis police department,” says Samuel Walker, an emeritus Professor of Criminal Justice at the University of Nebraska at Omaha, who was commissioned several times to conduct national research on policing for the U.S. Department of Justice. “He kept getting off the hook. It’s pretty shocking to look at that record.”

Lax discipline, a problem in departments across the country, contributes to a culture in which officers believe that misconduct will be tolerated, says Walker. It’s so common it’s almost a cliche but, evidence of culture problems often shows up in the shorthand of department nicknames and insider lingo, he says. In the 1990s, Walker spent time in the Minneapolis area conducting research; he remembers Minneapolis police being referred to as “thumpers.” Even the then police chief used the term in conversation with Walker, he says. Cerra says she has also heard the term used today to refer to specific Minneapolis police officers who often use brute force.

Since Floyd’s death, Minneapolis officials, including the city’s first Black police chief Medaria Arradondo and Mayor Jacob Frey, have publicly welcomed an ongoing Justice Department investigation, supported restricting use of no-knock warrants and non-lethal rounds during protests, added detail to the department’s duty-to-intervene policy, created a duty to report excessive uses of force to the department, and banned chokeholds and neck restraints, among other actions. They established a special medical training unit for officers providing focused training on the deadly risks of restraining people in the prone position, long after first agreeing to do so in a 2013 settlement with the family of another Black man killed by Minneapolis police, David Smith. In the last 12 months, 36 disciplinary decisions have been issued by Arradondo. (However, historically, more than 50% of such disciplinary decisions are then reduced or overturned during union arbitration or other processes, the mayor’s office tells TIME. That figure includes firings, as a 2020 Minnesota Public Radio found.”)

But, during that same period, city officials have also more quietly changed language in the police department’s policy manual. City officials initially denied to TIME removing the requirement that “discipline shall be imposed” when evidence of misconduct is found, but an archived online copy of the manual includes the phrase; the latest version instead says conduct violations “will subject the employee to discipline and/or legal action.” (The mayor’s office later explained that the police manual was “updated to consolidate and clarify the complaint, coaching and disciplinary systems,” and that the change “made no change to the Chief of Police’s ability and responsibility to impose appropriate discipline.”) And public records show they debated in August and September 2020, after Floyd’s death, whether “coaching”—usually requiring a single meeting in which the problem behavior is discussed and alternatives made clear—is discipline, and the risks and benefits of putting coaching on the non-discipline side of the ledger. The most recent version of the police department manual now spells out explicitly that coaching is a “non disciplinary management tool,” “not discipline.”

Most years, the overwhelming majority of civilian complaints determined to be true are resolved with coaching then marked as resolved with no discipline. The details of incidents that end in coaching or other forms of non-discipline are not a matter of public record. No Minneapolis officers, for example, have yet been officially disciplined for force used against peaceful protesters after Floyd’s death, says Cerra. And, she says, ever since the fact that coaching is not discipline was spelled out, some city officials refused to provide the kind of detailed complaint data that commission members had previously been able to review. As a result, the public and the volunteer police oversight board will now have a harder time identifying problem policing patterns.

The police conduct commission—which, while it cannot discipline officers, can conduct investigations, make recommendations, create or change policies or lobby lawmakers—did not meet for five months last year. First the pandemic caused delays. Then, when a resignation on the oversight commission left the body without its legally required number of members, no appointment was made for months.

Read more: Inside Ben Crump’s Quest to Raise the Value of Black Life in America

In the 13 months since Floyd’s death, it has also become clear that some city lawyers did not, over the course of Chauvin’s career, turn information or allegations about Chauvin’s conduct over to defense lawyers in various cases, Cerra says. This allowed Chauvin and other officers with similar histories to testify in court without being questioned about their history.

To Cerra, if that’s what’s happened in Minneapolis, a city at the epicenter of the nation’s civil rights crisis, the same or worse is possible elsewhere. Last year, a New York Times analysis found that the New York Police Department “reduced or rejected recommendations for stiff discipline of officers in about 71 percent of 6,900 significant misconduct matters.” And a Los Angeles Times evaluation of complaint data found that of the 3,763 complaints filed against Los Angeles police officers in 2019, only about 10% were deemed valid. When the paper looked only at complaints filed by civilians, just 4% were deemed valid.

Cerra has been left, even as Chauvin is sentenced, with a haunting question.

“How many Derek Chauvins are still working?” Cerra says she wonders. “There’s no way he’s the only one. And if we don’t open up the books and try to figure it out … we’re all in a lot of trouble. It’s just a matter of time until it happens again.”

— with reporting by Mariah Espada and Simmone Shah 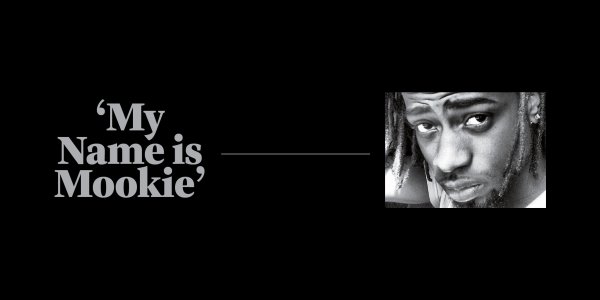 Old Video Sheds New Light on a Police Killing
Next Up: Editor's Pick