It’s become something of a cliché in Washington for Democratic strategists to assert that “demographics are destiny.” What they mean is that the diversifying electorate—and the shrinking role of white voters—will render Republicans incapable of sustaining power for much longer. After Barack Obama won in 2008, Democratic legend James Caville even wrote a book predicting as much; 40 More Years: How Democrats Will Rule the Next Generation remains a fantastic, if flawed, reading of America’s trajectory.

The argument has become so accepted in liberal and progressive circles that the pushback has been minimal. It also exists and thrives in centrists’ favored think tanks and advocacy groups. A changing America means a shifting politics, and that opens the doors of power to a youthful reformer like Rep. Alexandria Ocasio-Cortez, potential Sen. Malcolm Kenyatta and perhaps a history-making future Gov. Stacey Abrams.

There’s only one problem with the Democrats’ take on a 19th Century French academic’s prediction that when the people of a nation change, so do their politics. It hasn’t unfolded the way Democrats predicted it would. In fact, according to new research released this afternoon by Pew Research Center’s American Trends Panel, 2020 election results showed the country that demographics alone are not determinative of how Americans vote.

Take, for instance, the voting power of Hispanics. Between 2010 and 2020, America’s Hispanic population grew by 20%, and their share of the electorate went from 6.9% to 10%. But while Democrats have long considered the nation’s growing Hispanic vote a political advantage, Hispanic voters—like every other demographic group in American politics—are not a monolith. In fact, according to Pew, while the share of the voting electorate identifying as Hispanic held steady at 10% between 2016 and 2020, Democrats’ advantage within it fell from a 38-point gap to a 21-point one. As the growth rate of the population has slowed, its Democratic loyalties fractured. During his first run, Trump carried 28% of Hispanic voters and he followed up four years later with 38% of them.

A number of factors can explain this, not the least of which is the Trump campaign’s early and consistent efforts to liken Biden’s agenda to socialism, an ideology many Hispanics in the U.S. fled in other countries. Trump’s team also played up issues to win over some Hispanic voters, such as Biden’s support for abortion rights, LGBTQ rights and his ties to former President Barack Obama, the original “Deporter in Chief.”

Meanwhile, there are other problems in Democrats’ optimistic view of demography. Women’s relative power in the electorate shrunk between 2016 and 2020 by four points. Black voters’ and partisan Democrats’ clout grew just one point each, while partisan Republicans’ standing gained four points.

More broadly, Pew’s new numbers show that things aren’t changing overall as fast as Democrats might have thought. While it has gotten a number of centrist Democrats in a lot of trouble for saying it, this is still a mostly white electorate. As much as the chase for a truly equal democracy is the goal, America is not there yet, and with widespread efforts to further restrict voting access happening in so many states, it’s not getting there any faster.

When voters went to the polls in 2016, 74% of the electorate was white, according to Pew’s data. Four years later—after a surge in Black voter registration and a deep questioning of systemic racism in this country—white voters’ share of political power at the ballot box stayed at 72%. Even with that dip, white men increased their share by 2 points between 2016 and 2020, while Black men and women held steady at 4% and 6%, respectively.

America is changing, and that is something all Americans should be celebrating this Independence Day weekend. (A note: this newsletter will be on hiatus to enjoy fireworks and Ohio carnival food until July 6.) But the change is slow. That’s not to say those Democratic strategists—and Auguste Comte, the French academic from whom they’re cribbing—are wrong in putting faith in demography as destiny. But bringing a more diverse group of Americans into the electorate faces new challenges each day, and what happens once they get there may not look like what Democrats have long promised. The dynamism that makes America so strong might also be what makes it so unpredictable. 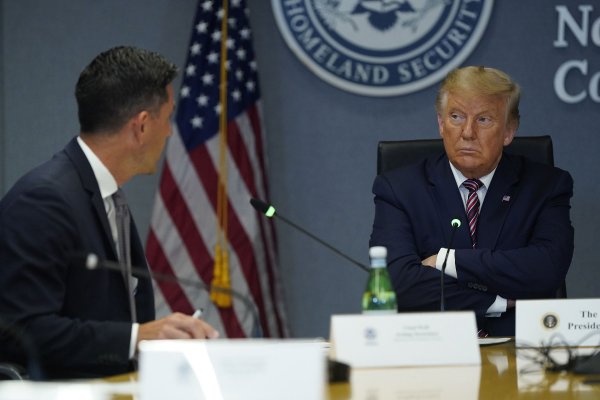 Feds Are Fed-Up with Trump-Era Meddling
Next Up: Editor's Pick