Juul Is Paying $40 Million to Rebuild Its Reputation. Will It Work?

Juul Labs reached a $40 million settlement with North Carolina Attorney General Josh Stein this week, agreeing to limit its sales and marketing practices to quell underage use of its potent e-cigarettes.

The settlement is also part of an “ongoing effort to reset our company and its relationship with our stakeholders” and “earn trust through action,” as a Juul spokesperson put it in a statement. In other words: Juul is trying to shed its reputation as the company that fueled a youth vaping epidemic, and it’s willing to pay $40 million to do it.

But is it too late?

Juul “developed a brand identity and style that is durable,” says Dr. Robert Jackler, a tobacco-marketing researcher at Stanford University who was set to be an expert witness for the state in the North Carolina trial before the settlement. “No matter what Juul has done—and it’s done many things in the face of withering regulatory attention and public scrutiny,” he says, “it is too tarnished of a brand” to come back from that.

Juul was conceived as a cigarette alternative for adult smokers. E-cigarettes deliver nicotine but are generally considered less dangerous than traditional cigarettes, making them a potentially useful tool for adults trying to stop smoking. But by the time Juul took off, around 2017, it was popular with another demographic: teenagers. By 2019, 27.5% of U.S. high school students had vaped in the last 30 days. Many experts blamed Juul, with its sleek, techy devices and appealing flavors like mango.

Stein—and many others—have argued that the company’s marketing targeted teenagers, an allegation Juul has repeatedly denied. Among other claims, Stein’s complaint noted that Juul launched in 2015 with a bright, colorful ad campaign that many compared to youth-friendly cigarette marketing; worked with influencers; and offered free samples at trendy launch parties. He also argued that Juul downplayed the amount of nicotine in its pods, causing some consumers to accidentally become addicted.

Juul’s business has been more restrained in recent years, after vocal criticism from lawmakers, regulators and health groups. From 2018 to 2019, it discontinued popular flavors like mango and mint, shut down its U.S. social media pages and halted most advertising. It also implemented new age-verification practices and, in 2020, moved its headquarters from San Francisco to Washington, D.C., in an apparent effort to leave behind the “move fast and break things” culture of Silicon Valley. Juul’s corporate website now looks “like an AARP website,” plastered with images of older customers, says Chris Allieri, founder of the New York City-based public relations firm Mulberry & Astor who previously worked with the anti-smoking Truth Initiative.

While Juul still reportedly controls about half of the e-cigarette market, the tobacco company Altria—which in 2018 paid $12.8 billion for a 35% stake in Juul—has slashed the valuation of its stake to around $1.5 billion. The Federal Trade Commission argues that investment violated antitrust law and is currently trying to unwind it.

The North Carolina settlement codifies some policies Juul adopted voluntarily under pressure from regulators, like not advertising on social media or near schools. Under the agreement—through which Juul did not admit any wrongdoing—Juul is also forbidden from marketing to anyone in the state younger than 21, in keeping with recent legislation that raised the minimum age of tobacco purchase from 18 to 21. It can also only sell its products behind the counter at North Carolina retailers that ID-scan shoppers and will pay secret shoppers to test these practices. The $40 million will help fund vaping cessation and prevention programs, as well as e-cigarette-focused research.

That’s a bargain for a rich company like Juul, Allieri argues. “This wasn’t a bad day for them,” Allieri says. “This is all part of business. Now they think they can turn the page with this” by appearing to take responsibility for their actions.

Whether they actually can is another story. Juul’s early marketing missteps, popularity among teenagers and relationship with Big Tobacco could make it difficult to ever come across as a responsible company, Allieri says. Juul was “operating very egregiously in terms of their own marketing tactics,” he says, but it’s also paying for “the track record and mistakes and business practices of tobacco companies over the years.”

Traditional tobacco companies were harshly criticized for marketing to young people. In a 1990s settlement known as the Master Settlement Agreement, the country’s largest tobacco companies agreed to pay billions of dollars to U.S. states after downplaying the health risks and addictive properties of cigarettes. They also agreed to stop marketing to teenagers. As of 2020, fewer than 5% of U.S. high school students said they regularly smoked cigarettes, compared to 28.5% in 1999, the year after the Master Settlement Agreement.

There are echoes of that deal in Juul’s settlement, which could be the first of many. States including Massachusetts, New York, California and Hawaii have also sued Juul, and a group of 39 state attorneys general began investigating the company’s marketing practices in 2020. Hundreds of complaints from customers and school districts have also been consolidated before a judge in California; trials are set to begin in 2022.

But Juul’s largest test may happen outside the courtroom. The U.S. Food and Drug Administration is currently reviewing applications that Juul and other e-cigarette makers filed to stay on the market, and decisions are expected by September. If Juul cannot prove that it provides a net benefit to public health—that its benefits for adult smokers outweigh issues like teen addiction and recreational use—it could be removed from the U.S. market entirely.

Then, of course, there’s the test of public opinion. The company’s revenue fell dramatically in 2020, fueled by a mixture of public scrutiny, the discontinuation of flavored products, the coronavirus pandemic and the aftermath of a dramatic vaping-related lung disease outbreak (which was ultimately linked to THC, not nicotine, products). Its revenue in the third quarter of 2020 stood around $360 million, compared to $745 million in the second quarter of 2019. Generally, Allieri says, consumers are “quick to outrage and quick to forget.” But when asked to think of another company that has pulled off an image rehabilitation of the scale Juul is attempting, Allieri says, none immediately come to mind. 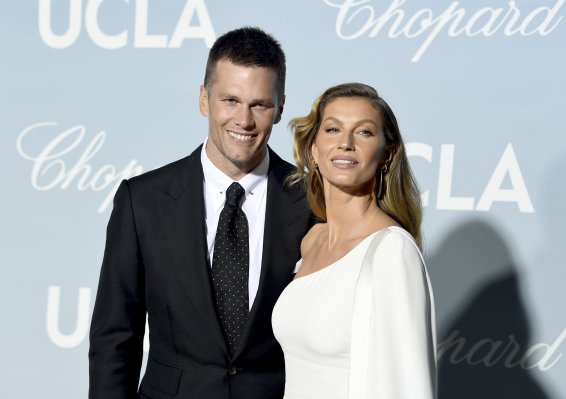