The U.S. Centers for Disease Control (CDC) announced Friday with new confidence that vitamin E acetate seems to be largely to blame for the vaping-related lung illness outbreak that swept the country—at the same time it announced the outbreak seems to be approaching its end.

As of the CDC’s latest update, 2,506 people in the U.S. and its territories have been hospitalized for “e-cigarette, or vaping, product use-associated lung injury” (EVALI), and 54 people have died. Most of these cases seem to have occurred in people who used products containing the marijuana compound THC, the majority purchased from black-market sources. Products spiked with the oily additive vitamin E acetate, which is sometimes used to stretch a product’s THC content, have been seen as the leading culprit.

Building upon prior findings, CDC researchers published a report about vitamin E acetate in the New England Journal of Medicine Friday. Researchers tested lung fluid samples from 51 patients with EVALI from 16 states, as well as from a control group of 99 healthy subjects, some of whom smoked or vaped. They found vitamin E acetate in 48 of the 51 samples from EVALI patients, and in none of the healthy control samples.

The fact that EVALI patients showing signs of vitamin E acetate exposure came from 16 different states suggests one supplier or dealer is not to blame for the injuries, CDC Principal Deputy Director Dr. Anne Schuchat said on a call with reporters Friday.

It’s not exactly clear how vitamin E acetate could cause lung issues, but Schuchat said there are two leading theories. One is that the oily substance disrupts the lining of the lungs, interfering with their ability to expand. The other is that a byproduct produced by vitamin E acetate during the vaping process could cause a chemical injury to the lungs.

Though Schuchat said vitamin E acetate seems to be behind most of the EVALI cases, she cautioned that “this does not mean there are not other substances in e-cigarette or vaping products that have or are capable of causing lung injuries,” especially since some patients have reported using only e-cigarettes containing nicotine.

The CDC also announced some good news on the call, and in a separate paper also published in NEJM. “While we continue to receive reports [of EVALI],” Schuchat said, “the level of new cases is greatly reduced, and has been declining since a peak in September.”

At the same time, though, the CDC reported evidence of a troubling trend. A small but significant number of EVALI patients have seen their symptoms worsen, or even grow fatal, after being discharged from the hospital. Thirty-one patients were readmitted to hospitals after discharge, and seven patients died after being discharged. Elderly patients, as well as those with preexisting chronic conditions, seem to be at highest risk for readmission, Schuchat said. 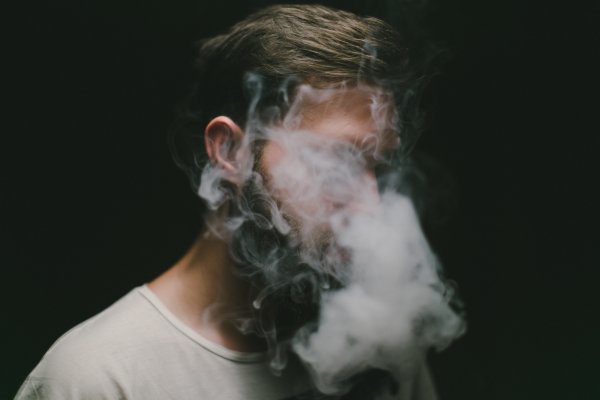 Vaping Damages Your Lungs, But Is Still Safer Than Smoking, a Long-Term Study Suggests
Next Up: Editor's Pick