An employee picks up a Juul Labs Inc. device kit for a customer at a store in San Francisco, California, on June 26, 2019.
Bloomberg—Bloomberg via Getty Images
By Jamie Ducharme

Facing increasing scrutiny for its role in the teen vaping epidemic, e-cigarette maker Juul on Thursday announced a system meant to stop all retail sales of its products to anyone underage.

The company is providing more than $100 million in “incentives and financial support” to retailers who agree to implement an automated technology meant to prevent anyone underage from buying Juul devices. The system, which will be part of retailers’ point-of-sale systems, will lock up and refuse to complete a sale until a valid ID is scanned electronically. It will also limit all purchases to one vaporizer and four nicotine pods, to discourage people from buying the e-cigarettes in bulk and selling them to minors.

E-cigarettes are illegal for anyone under 18, or under 21 in some states; they are intended as a healthier alternative for adult smokers. But by 2018 federal estimates, about 20% of U.S. high school students had vaped in the past month, potentially putting them at risk for nicotine addiction or other health problems. Juul, as by far the most popular brand on the market, has been blamed for most of this widespread underage use.

The new plan is meant to cut down on illegal e-cigarette purchases in two ways, Juul says. First, it will eliminate human error from clerks checking IDs. Second, it should reduce “social sourcing,” by which underage users get access to products through friends or siblings. On its website, Juul already requires all buyers to be 21.

Fifty retail chains responsible for 40,000 outlets, including Cumberland Farms, Chevron ExtraMile and QuikTrip, have already agreed to implement the system, according to a company release. At least 15,000 stores are expected to complete rollout this year. By May 2021, all retailers that want to sell Juul products must use the system, the company said.

“It is no small task to change retail systems and processes at tens of thousands of retail locations—it is expensive, complex, and could cause friction with legal-age customers,” the company statement said. “Some retailers will not meet the deadline for…compliance and will no longer be authorized to sell JUUL products. That’s a tradeoff we must make as we continue to combat youth use of JUUL products.”

The retail system is one of several moves Juul has made to curb the teen vaping epidemic—one that critics argue it started by marketing its sleek products in ways meant to appeal to young people. Last year, it suspended its U.S. Instagram and Facebook accounts, and stopped selling many of its flavored pods—including mango, cucumber and fruit—in most retail stores. Flavors are thought to be especially appealing to kids.

Juul on Thursday also announced the nationwide expansion of its “track and trace” initiative, through which parents, educators or law enforcement can enter the serial number of a contraband device into an online portal. The company will then use that information to pinpoint where its vaporizers are being sold illegally, allowing it to take appropriate action.

Vaping has been in the news this month after the U.S. Centers for Disease Control and Prevention began investigating a spate of serious lung diseases, and one death, apparently linked to vaping. In an interview with CBS, Juul CEO Kevin Burns called the illnesses “worrisome,” but said early reports suggest they stem from vaping THC, a compound found in marijuana. Juul pods contain liquid nicotine. 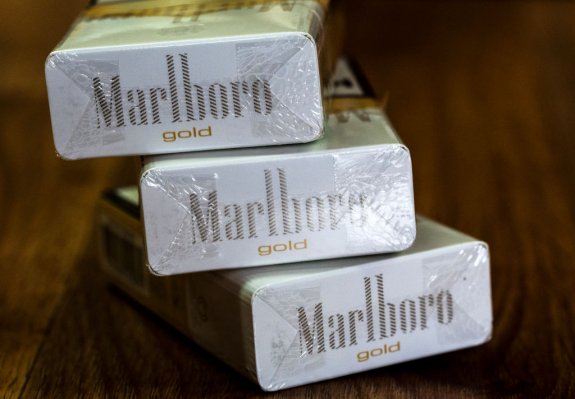 Tobacco Giants Philip Morris and Altria in Talks to Merge 10 Years After Split
Next Up: Editor's Pick